The Elusive Neutrino: Messenger of the Universe 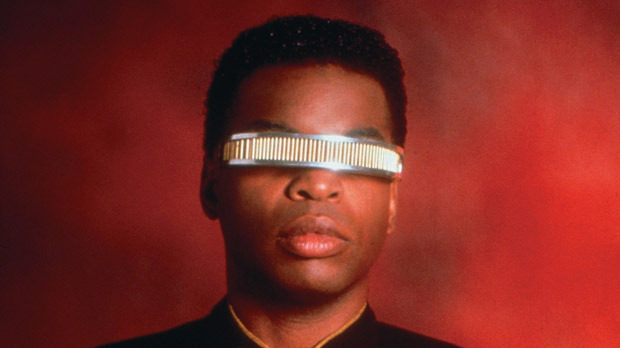 History — by which I mean Star Trek — shows us blind Lieutenant Commander, Geordi La Forge, wearing a shiny pair of visors that not only one-blings-up everyone else in the crew, but also “sees” a particle so elusive that when, in real life, billions of them arrived on earth from a supernova in a nearby galaxy on Feb 23, 1987, only about 19 were detected. In fact, tens of billions of them created from Big Bang continue to flow in and out of our body 24/7, yet we're given no clue: these particles are invisible, and, having no charge, extremely reluctant to interact with anything. We lovingly call them “little neutrons”, but more appropriately: neutrinos, the messengers of the universe.

World Science Festival: enlightening the world, one panel at a time

The US defense department cares a whole lot about neutrinos since these particles could potentially make it possible to detect submarines (and in Star Trek, they could potentially help scramble the laws of probability in your favor); fortunately for the rest of us, neutrinos might also help answer questions like: why the hell do we have more matter than anti-matter; what created cosmic rays; what kind of shitstorm is going on in the universe that's causing particles to accelerate at such an enormous rate; what else is out there? Particle physicists Janet Conrad, Francis Halzen, and Lawrence M. Krauss spoke at World Science Festival to illuminate, and ABC's Bill Weir moderated.

Though our world is made of matter instead of anti-matter, it could very well have been made of anti-matter as well. There really isn't much of a difference except they cancel each other out like maniacs, which means for there to be a remainder — for us to exist — there has to be an asymmetry between the two. The question is: why does that asymmetry exist; how did we get so lucky.

Should you find yourself traveling at the speed of light while looking at a clock, you'd notice the clock doesn't tick at all; that's because the light coming from it would be forever trying to catch up with you. The only way to perceive a working clock would be to slow yourself down, and the only way to do that would be to give yourself some mass. As it turns out, neutrinos have a little clock in them: they oscillate between one flavor and another (say, electron to muon to electron to muon, and so on), which necessitates that they have mass. Somewhere in the understanding of this mass and the relationship between the flavors (the third known flavor being tau) is the solution to the riddle of anti-matter: if a certain type of neutrino ticks differently than an anti-neutrino, that would affect whether we'd have more matter than anti-matter. You know what that sounds like? There's a lot of work to be done.

This very minute, two men are stranded in Antarctica till October — Francis explains, “Nobody knows how to build a plane that can safely fly at -100° temperature, it doesn't matter which unit it is”. They've been there since February, braving a torturous winter of consant darkness, baby-sitting a giant block of ice named, simply, Ice Cube, which is a kilometer cube of ice in which 500 photomultipliers have been inserted — in other words, Francis' neutrino detector. Out of the billions of neutrinos that arrive, most will fly right through everything, including the detector, and ocassionally, just one or two will be captured, which is why neutrino detectors need to be that large. When the neutrinos hit, they'll react with water molecules to create charged particles called leptons: an electron neutrino produces an electron, muon neutrino a muon, and tau nuetrino a tau; and when the resulting charged particle travels faster than the speed of light in a medium — i.e. not vacuum, the result is a photonic boom observed as a blue light, known as Cherenkov light.

Janet points out that Francis could've built his detector out of an ocean in Hawaii, but the luminescent shrimps would've been bit of a problem. She, on the other hand, works with neutrinos by creating her own. Her Cherenkov light is a result of collisions in a large collider instead of an interaction with water molecules. While she's presently looking for a fourth flavor of neutrino, Francis says his Holy Grail would be to resolve the mystery of dark matter, to discover what traumatic event in the universe is causing the acceleration of cosmic rays — but for now, he'll settle for a supernova.

Lawrence M. Krauss knows a thing or two about the universe

“Every atom in our body came from an exploding star”.
— Lawrence M. Krauss, particle physicist.

It appears that without neutrinos, stars wouldn't really explode: though they interact very weakly on their way out of a star, the stream is so dense that the departing neutrinos create enough energy for an explosion. In fact, despite the tremendous amount of light in a supernova (the brightness of 10 billion stars), it appears most of the energy is carried by the neutrinos instead. If a supernova were to occur in a nearby galaxy now (dust obstructs those in our own), detectors like Ice Cube would send signals to a computer in Brook Haven, which would then alert the entire astronomy community, giving them a window of 3 to 4 hours to point their telescope and catch the supernova from the beginning, which is when “all the interesting stuff happens.” Says Francis: “This would be the scientific event of the century.”

There used to be a time when neutrinos were the natural candidate for dark matter. Had there been a match between the required tiny mass and the actual mass of the neutrinos, that story would've found its happy ending. However, there also used to be a time when the only way you could prove the existence of a particle was by seeing it. It was neutrino that led the way for new physics by establishing that unseeable particles can exist. Says Lawrence, “The way you discover particles these days is by not seeing them; if you can just prove there's missing energy.”

Back in the 1930s, there was a crisis while observing nuclei decay: the energy of the two particles that came out of it weren't adding up to the original — assuming that energy is conserved. And so it was that scientist Wolfgang Pauli decided there had to be an extra particle in the picture, invisible for whatever reason. There was so much skepticism at the time around this kind of evidence that Pauli chose to go to a ball with his new girlfriend instead of presenting his conclusion to colleagues. It was later that Frederick Reines, one of the main architects of the atomic bomb, discovered neutrino by putting a detector close to a reactor, which happens to be a healthy source. Lawrence points out: back then, the law that energy is conserved was something everyone just shook their hands on; but now we know that the law is true because of symmetries in nature: “If the laws of physics don't change over time, that implies energy must be conserved” — and so it's become much more difficult to toss that idea out, as Niels Bohr conveniently did at the time. But it's also become a lot easier, with neutrinos serving as the prototype for dark matter, to find it credible that other invisible particles created from the Big Bang probably exist. Francis describes the guiding role of the neutrino as that of a canary in the coal mine.

If you unify the three non-gravitational forces of nature — the strong force, the weak force, and the electro-magnetic force, you arrive at something called the grand unified theory. Says Lawrence: “If those three forces unify at a very small distance scale, then that could naturally translate into very small masses for the neutrino.” The fact that neutrinos do have small masses, which we know now, may then validate the grand unified theory. One of the predictions of the unified theory, however, is that “diamonds aren't forever; that matter as we know it is unstable, even protons will eventually decay… that the future is even more miserable than we thought.”