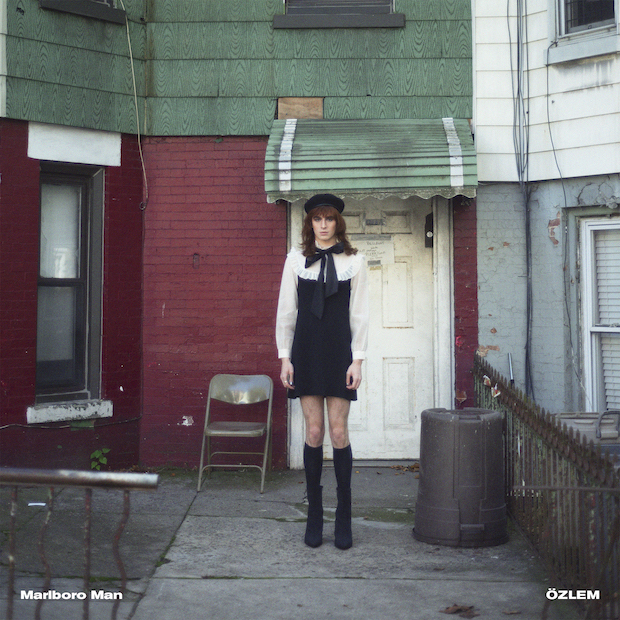 The dance floor-ready, dark-pop tune chronicles the ups and downs of meeting that toxic dreamboat while out on the town. Pulsating production carries the song forward, where ÖZLEM chronicles he is fully aware of the heartbreak to come, and yet ready for the ride. A catchy bridge and chorus is made complete with tongue-in-cheek lyrical content and the theme of the “Marlboro Man” is beautifully stitched throughout the tune.

Watch the official lyric video for “Marlboro Man,” debuting below.

“The song concept came to me after I saw a pattern in my life of dating the same shitty cigarette smoking men over and over,” ÖZLEM divulges to IMPOSE. “I found interesting parallels between my dating of these men and them smoking their cigarettes – it’s ultimately bad for you, but it brings instant gratification. They were quite literally blowing smoke, while also figuratively blowing smoke in my face. But I recognized that I was young and had lessons to learn, so instead of lamenting over my mistakes, I celebrate them and revel in the ridiculousness of it all.”

It was this introspection that birthed “Marlboro Man,” and laid the foundation for Fagpop, the album that was to come.

A tri-state area native, ÖZLEM, (born Liam Lyons-Shields) spent his formative years performing in musical theatre and training in classical voice. He made his off-Broadway debut at age 14 and has since appeared in several downtown theatrical productions. Since coming to New York City for fashion school, Lyons-Shields has also been a mainstay in the music and queer nightlife scene, performing at Deryck Todd’s STRUT!, the Bitter End, and Mr(s) Brooklyn, among others. Previously, the musician released singles “Provincetown” (2018) and “Fetish” (2019), but the release of Fagpop marks the first formal introduction of ÖZLEM.

The audiovisual 7-track project of Fagpop promises to be a journey through a night out in New York City – getting ready, arriving at the function, taking in the party, having a smoke break, and coming down from the high of the night. All its glamour, all its glory, all its heartbreak. Nostalgic pop sounds reminiscent of eras past find new life through clever, tongue-in-cheek lyrics and atypical themes.

Strut down the street with ÖZLEM on Spotify & Soundcloud now, and keep up with him on Instagram & Facebook. Fagpop, the soundtrack to your night out this summer, is officially out June 4th.