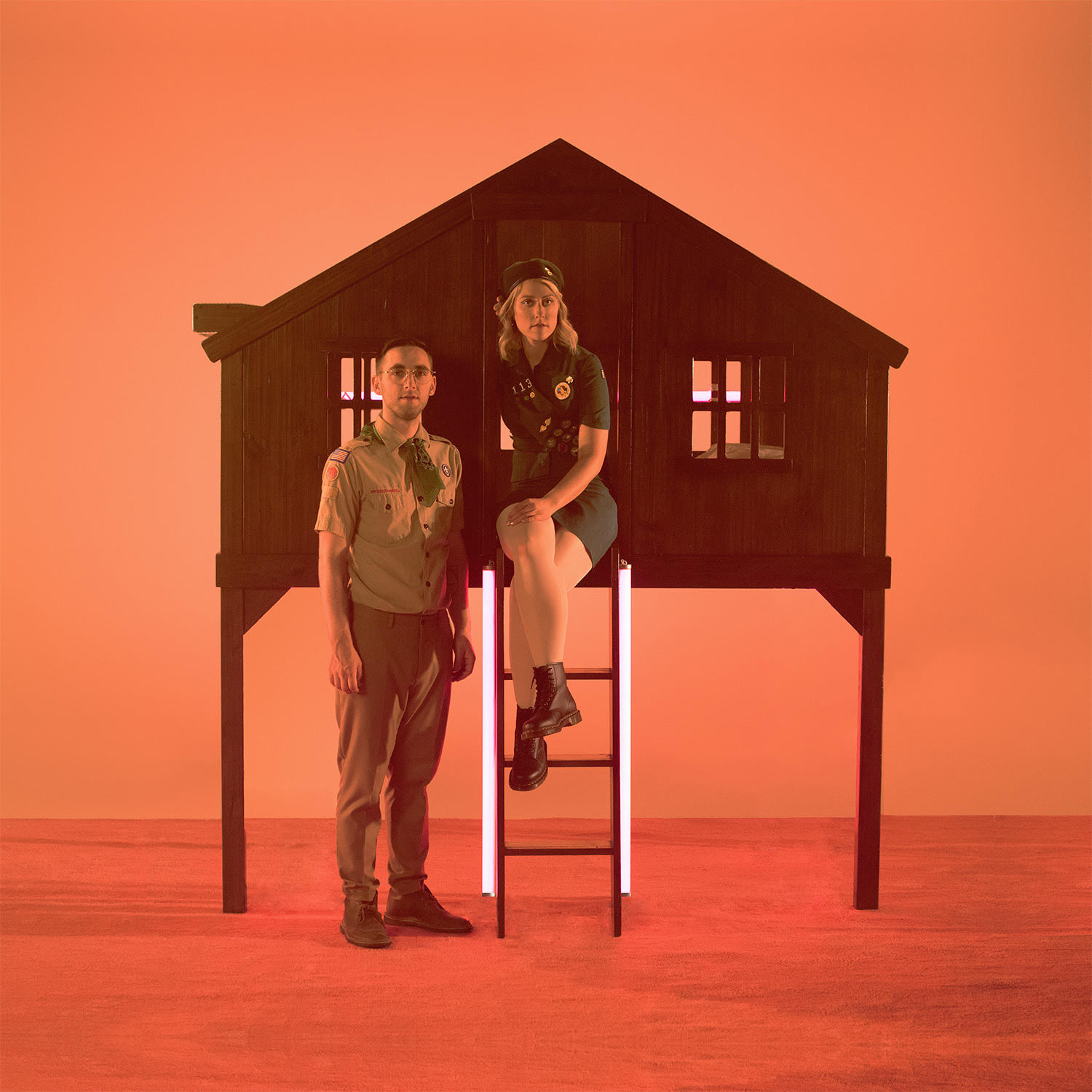 More Giraffes is an L.A.-based indie pop band comprised of Mark Hadley and Keely Bumford. Starting with the release of their 2018 debut EP It Was a Joke, the duo has churned out a vibrant brand of futuristic art-pop that’s thrilled audiences. So far this year they’ve released a handful of catchy singles, including “Surf,” as well as the Sweater Beats-assisted track “Playground.” Today, Impose is thrilled to premiere the newest single by More Giraffes, the shimmering, infectious pop anthem “Treehouse.”

Buoyant, swelling synths form the driving melody as Bumford’s soothing voice comes through, assisted with a sea of crisp digital beats that give the track a mid-tempo dance edge. The song is packed with atmospheric pastel-like textures and airy electronic quirks, and the lyrics are full of dreamy imagery. On the track’s ebullient, anthemic chorus, Bumford sings, “Gotta get into my treehouse/ In my treehouse/ I’m fucking free now/ Free now/ I’m never coming down/ Castle the clouds.” Overall, it’s an effervescent, off-kilter future-pop track that perfectly captures the universal desire to mentally escape. “We wrote ‘Treehouse’ with one of our best friends, Jeremy Silver,” the band explains. “He had just gotten back from a retreat where he stayed in a literal treehouse in Hawaii, and we wrote the song about getting above it all, in a treehouse. Castle in the clouds, ten feet off the ground.”

“Treehouse” is the latest single from More Giraffes’ forthcoming EP Bermuda, which will arrive later this summer. In addition, More Giraffes will be making their L.A. live debut tonight with a performance at the Hi Hat as part of the We Found New Music live series. They’re headlining a bill that also includes Gavin Haley, Figs Vision and Love, Alexa. Doors are at 8 p.m. and admission is free with an RSVP, which you can do HERE.

Check out “Treehouse” below via Spotify.