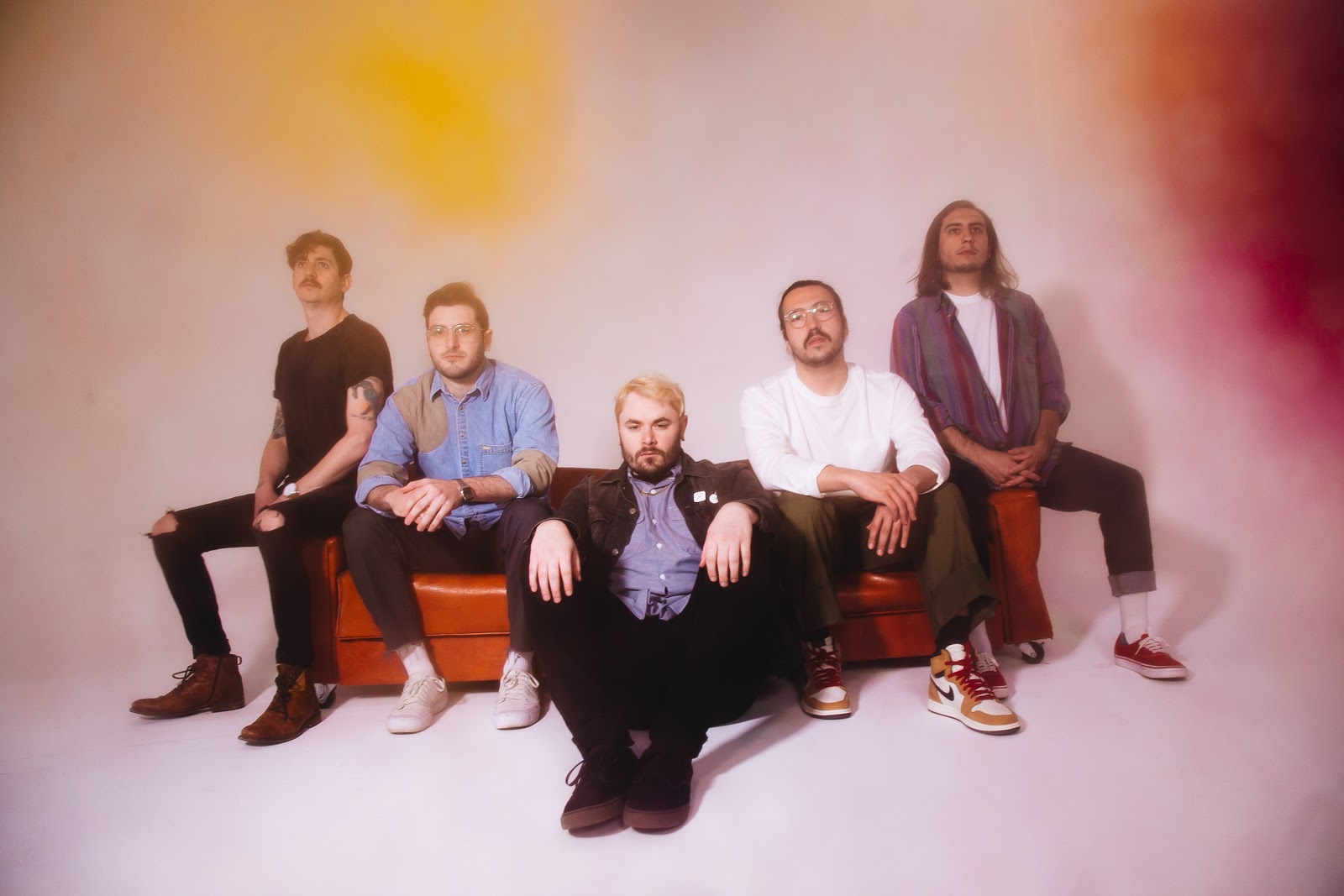 Nashville band Free Throw has been one of the best emo acts of the last decade, having so far churned out three excellent LPs: 2014’s Those Days Are Gone, 2017’s Bear Your Mind and 2019’s What’s Past Is Prologue. Today, the group announced that they’re gearing up to release new album Piecing It Together, which is set to arrive June 25 via Triple Crown Records. They’ve also shared the album’s spirited lead single “Cloud Sick” and a crafty music video along with it.

As the opener to the LP, “Cloud Sick” is hyper-charged and pensive, riding propulsive guitar riffage that sonically blends mathy arpeggios and Americana twang. The track ebbs and flows nicely as it lyrically parses the nuances of emotional strains in relationships.

“‘Cloud Sick’ is a song about trying to make sure the person you are with is happy,” singer and rhythm guitarist Corey Castro shared. “Sometimes situations make the strain of a relationship even harder. The song really touches on personal insecurities and worries that your significant other may give up on the relationship.”

The music video for “Cloud Sick” serves as a love letter to their hometown of Nashville and the local dive bars and DIY/independent venues that lie off the beaten mainstream country & Americana path. The band hops in a van and chases down a mysterious music video thief, following the clues to various venues, from Mickey’s Tavern to The Basement East to the Titans’ Nissan Stadium.

With the world shuttered and isolated throughout 2020, Free Throw managed to block out the minutia of the music scene in recording Piecing It Together, which looks to be their most personal work to date.

“When we got into this writing process, we stopped feeling like we existed in a mold or on a path that we were supposed to keep going on with our contemporaries,” drummer Kevin Garcia said. “We stopped worrying about what tour we may be fighting for next or what some other band was doing. We were just in a vacuum, writing songs for our own enjoyment.”

On the album, the band shared in a statement:

“[Piecing It Together] is about reaching the heights that once felt impossible and everything that comes after. How no matter what we do or where we go, we must continue to wake up and find the strength to keep on keeping on despite everything we tell ourselves about ourselves.”

You can pre-order the album HERE and watch the video for “Cloud Sick” below: