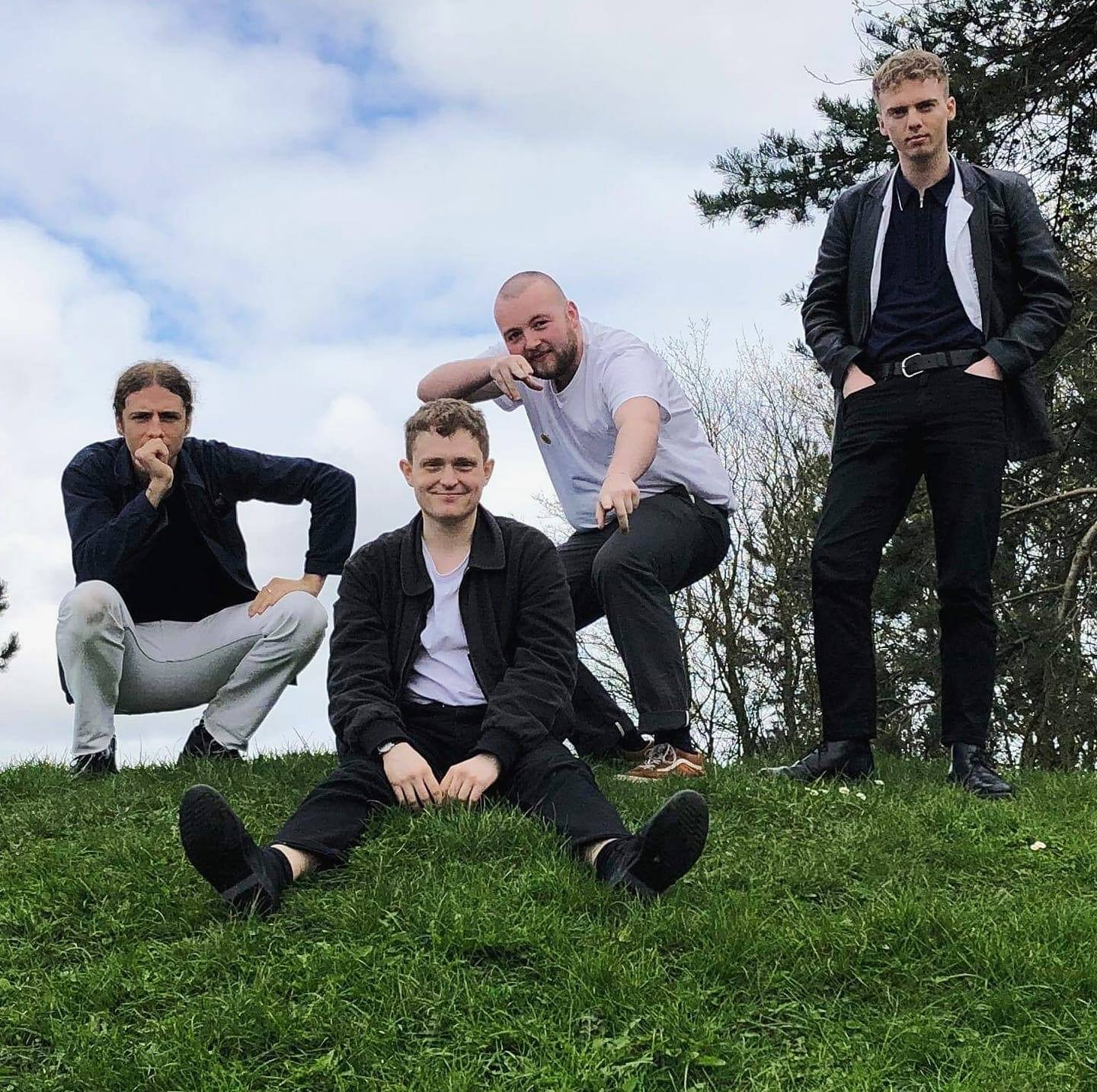 Guru is a rising post-punk quartet from Brighton, England whose dark, rollicking DIY vibes have drawn comparisons to recent breakouts Shame and IDLES. Last year, they released their shredding debut single “Consumer Helpline,” and they followed that up earlier this year with the feisty “Suntrap.” Now they’ve capitalized on their feverish buzz with their best track yet, a rowdy and pummeling throwback basement-punk single called “Fixation.”

Armed with an arsenal of reverberating basslines, groovy guitar stabs, and throttling garage percussion, singer Tommy Cherill delivers a blistering self-examination of past failed relationships with a sense of tongue-in-cheek futility. On what inspired the track, Cherril says, “I realized I wasn’t alone in having these botched relationships and so began writing the verses from the third person as an imagined narrator of others who have fallen out. Sometimes things just don’t work out and I’m not making a judgement call on whether that’s a good thing or not, we just wanted to write a bloody number one for the Billboard Hot 100, ha!” Here, his heavily-accented, guttural vocal delivery ratchets up the intensity over bouncy riffs, conjuring an energy that will surely ignite mosh-pits in every DIY venue and dilapidated warehouse they play. Overall, “Fixation” is a raw fire-breather of a single, and it cements Guru as a one of the most exciting up-and-coming rock bands in the game. Listen to it below via Soundcloud.