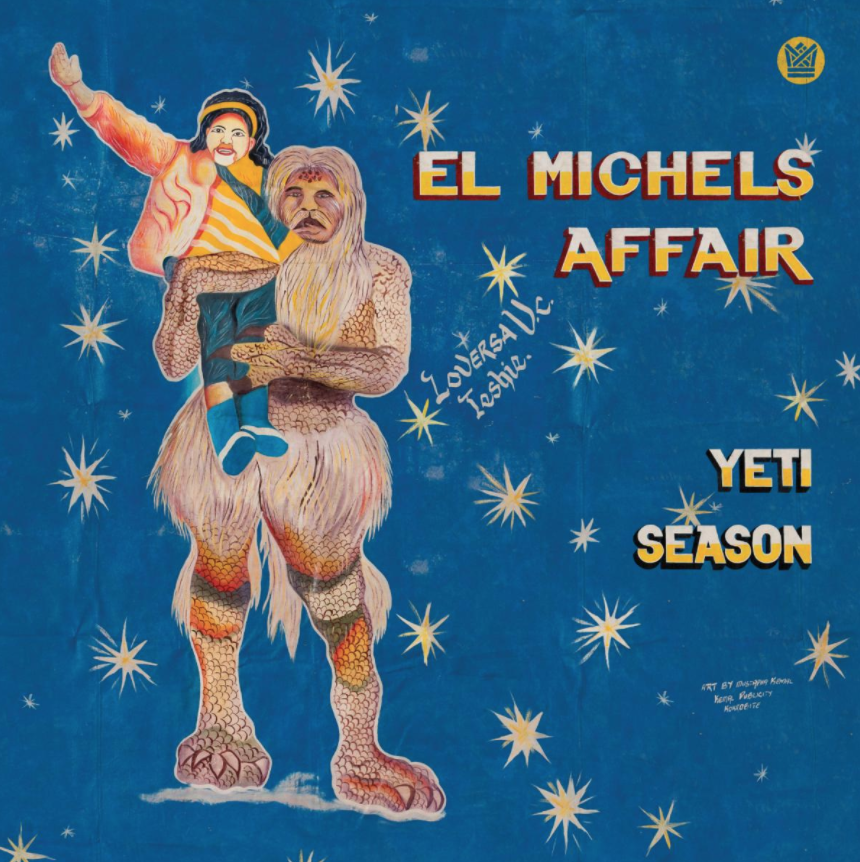 New York’s El Michels Affair is a veteran of the experimental funk, soul, R&B and indie scenes, crafting a cinematic sound since the early 2000s and having since performed and toured with musicians like Sharon Jones, Wu-Tang and Freddie Gibbs and Madlib. Following the first two LPs Sounding Out The City and Return To The 37th Chamber, frontman and bandleader Leon Michels reconvened the project last year to release a new LP called Adult Themes. And now he’s quickly following that one up with today’s release of his excellent new album Yeti Season.

Yeti Season continues to stretch the boundaries of El Michels Affair’s wildly diverse sound. Propulsive, funky rhythmic jams and noodling guitars create a chill, zen’d out sun-crested vibe on opening tracks “Unathi” and “Sha Na Na,” which feature sultry vocal assists from Piya Malik (who features on three other tracks) and The Shacks, respectively. The single “Fazed Out,” meanwhile, renders soft and whimsical strings alongside contributions from renowned Qanun virtuoso Tamer Pinarbasi and a triumphant blender of trumpets, drums, piano and flickering bass. And then there’s the laid-back hip-hop vibes of “Silver Lining,” which unravels via a swirl of orchestral horns, pianos and jazz flutes.

From beginning to end, Yeti Season is another invigorating entry in the El Michels Affair discography. You can purchase it HERE, and sample the album below.