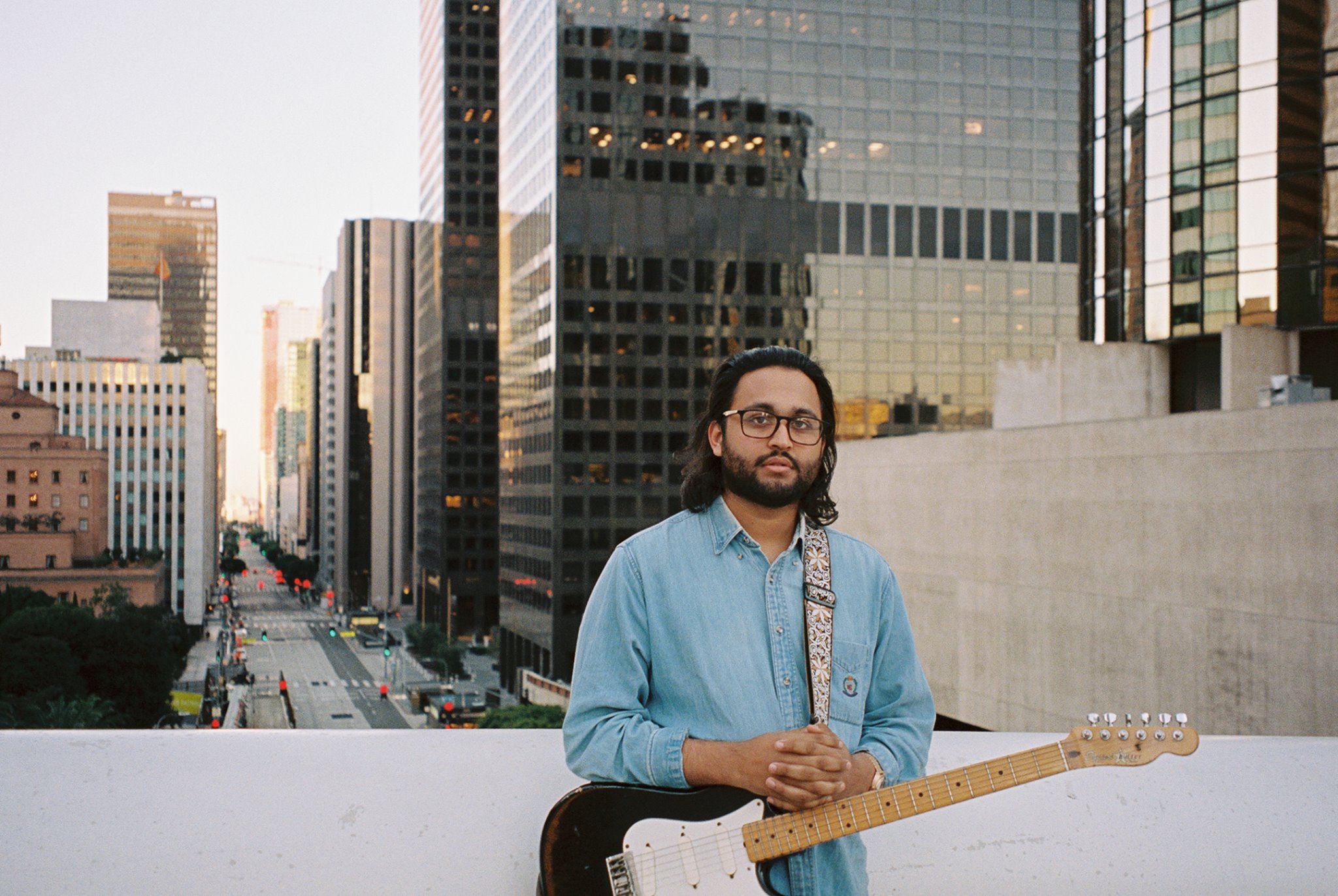 River Gods is a garage-y indie rock band from Los Angeles led by frontman Shiraz Dhume. They’ve been at it for a bit, releasing their terrific album Moodboard back in 2017. Now the group has released an inventive music video for a brand new single called “Stressed Out” – the first taste of their forthcoming album Let Me Live.

Over jangly riffs, pulsating percussion, and dashes of propulsive power chords, Dhume croons sweet, heart-on-your-sleeve lyrics about jaded dream-chasing and romantic longing. There are wondrous, atmospheric moments intertwined with noisy, swelling touches of feedback, and in the song’s short 90-second runtime, not a moment feels wasted. It’s a catchy, anthemic slice of pop punk, and a rousing step forward for River Gods. In the track’s creative music video, a young child actor is seen filming a commercial, plugging a “Hatch a Friend” toy. As the shoot progresses, the boy grows more and more attached to his digital friend, and by the end he opts to be sucked into the device to be nearer to him. It’s a cute and retro-leaning video clip that highlights the song’s pining moods perfectly.

Let Me Live arrives on 7/26 via Dadstache Records. You can pre-order physical copies HERE, and watch the video for “Stressed Out” below.