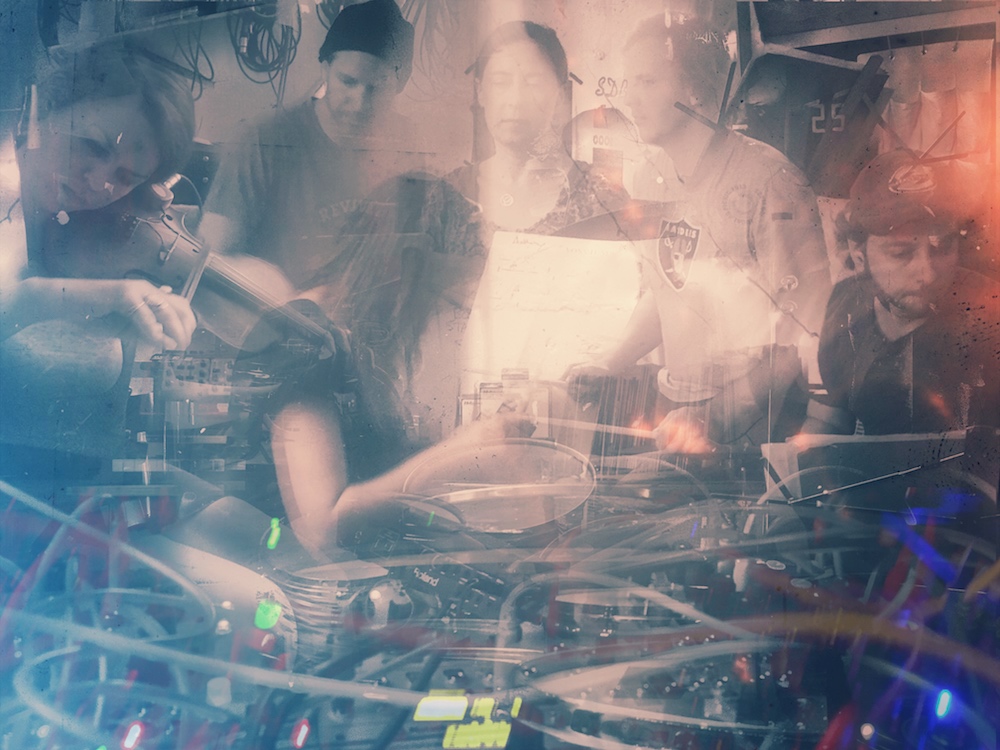 “Jazz (Timber Sale)” is the second single off the debut album Dynamics from Secret Drum Band, the Portland, OR based collaborative made up of artists Lisa Schonberg, Allan Wilson, and Heather Treadway.  SDB has created a mesmerizing musical style guided by five drummers, “affected vocals, guitar and synthesizers from noise musicians, often mimicking sounds found in nature”.  The sound is truly unique and all encompassing.  You can really hear and feel the music with your entire body.
Lisa Schonberg had a bit to say about the track:

“Jazz (Timber Sale)” was composed in response to the physical and sonic environment within the ‘Jazz’ timber area of Mount Hood National Forest, while it was being logged in the summer of 2015. The song contains on-site field recordings as well as improvised sounds representing cricket calls, electricity, logging trucks, falling trees, vegetation in intact areas, and the distribution of remaining trees after logging.

Secret Drum Band has tapped into a particular sound that allows you to become the music.  It’s a rare feat.

Dynamics is out August 4th on XRAY Records and is available for preorder now.