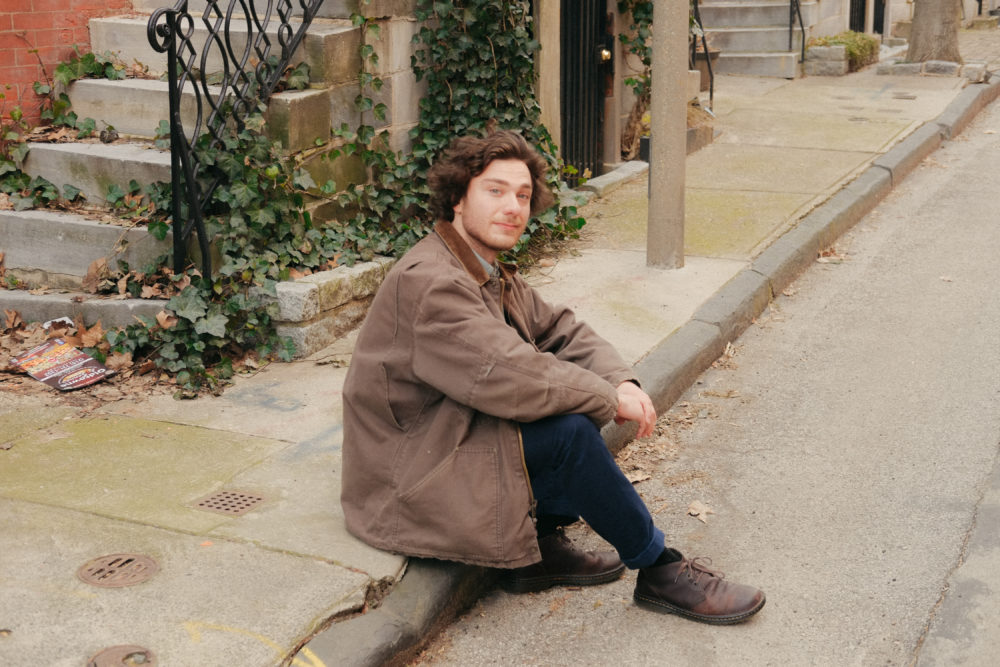 Brooklyn-based songwriter Elliah Heifetz became enamored with the history and tradition of American folk music at an early age. Ever since, the artist, blessed with a powerful, room-filling voice, has been writing his own chapter into the folk lexicon now stepping out with a new collection of songs.

Today, Elliah Heifetz is announcing a new LP, New Folk Songs. Impose Magazine is excited to be bringing you the exclusive premiere of its latest single, “American Goldfinch.” To celebrate, we had Elliah share with us five elements that inspired the album.

Check it all out below and be sure to add “American Goldfinch” wherever listen here.

At one point in this 1994 interview, Townes talks about how he made it as a musician:

“What it takes is perseverance, and you have to be lazy. You have to be too lazy to work … Young men come up to me and say, ‘I’d really like to do what you, how shall I go about it?’ I say, well you get a guitar or a piano (I prefer a guitar because it’s a lot easier to carry than a piano), then you’ve got to blow off security, money, your family, your loved ones, your home, blow it all off and stay with your guitar somewhere under a bridge and learn how to play it. That’s how it goes. That’s what I did.”

About the time I started writing songs for this album, I was feeling “too lazy to work”-—I’d just quit my last non-creative job. I’m not a loner, but I was spending a lot of time alone, and all I wanted to do was practice my guitar. Reading this interview at the top of that process made me feel better about turning into a recluse for a little while. I mean, it worked for Townes.

Last summer, I spent two weeks in an old wooden house next to a bunch of sheep and a giant sycamore tree as a part of the SPACE at Ryder Farm creative residency. Writing music was the only thing that I was supposed to do, besides walk around the farm and the woods (and swim if I felt like it). As any working musician knows, this never happens. I owe so much of this record to the clarity, focus, and acceptance I felt at Ryder Farm.

My parents are political refugees from the Soviet Union, and my songs often focus on migration, so I took a deep dive into the “Russian Bob Dylan,” a guy named Vladimir Vysotsky. Vladimir was a Russian singer-songwriter poked fun at Soviet culture. The man’s voice was more gravely than the most tar-throated American folk singers, and his songs are so funny, it hits you way too late that they’re also cuttingly political. Ironically, my parents don’t really like him. But he’s become a huge influence on me.

Everybody already knows about McSorley’s—it’s the oldest (fourth oldest?) bar in New York City, Woody Guthrie used to drink there, sawdust on the floors, it’s really cheap, all that. And I guess I’m kind of a sap for those things. But that’s not why this bar had such a strong influence over the album. I love McSorley’s because there’s no music. I can sit there, spend little to no money on great, freely-flowing beer, and actually hear any melody in that pops into head. It’s rare that you get to write music, drink, and people-watch at the same time.

I found this book for a dollar, and I can’t believe my luck. It’s full of frank and unforgiving revelations about the development of the folk and country traditions, but maintains an unshakeable love for them. One thing I learned is that many deeply traditional Southern songs were originally written as pop songs up North. They floated south in the form of sheet music, and were passed down by ear until people forgot where they came from. It was liberating to know that I could let my experience writing pop influence my folk writing, and opened me up a bit melodically.