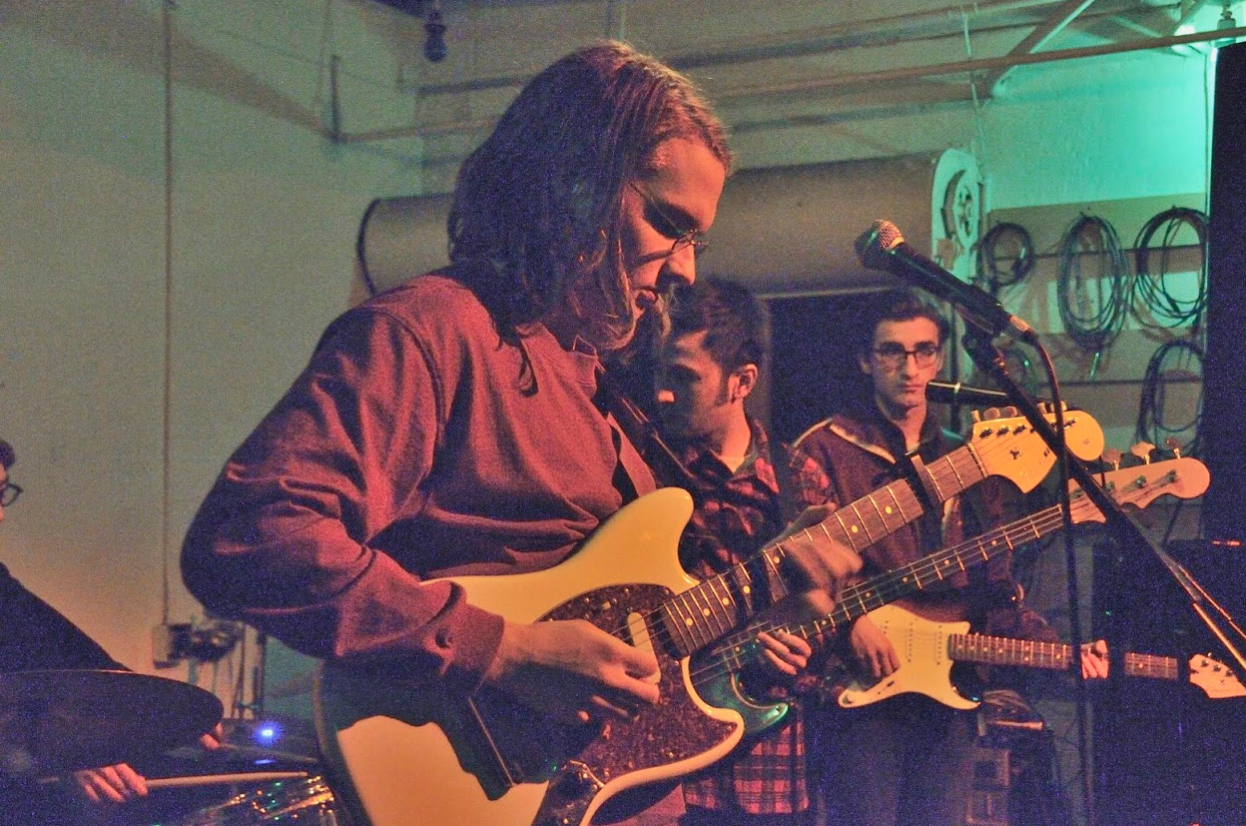 Anxiety season is slowly creeping in as summer in L.A. comes to a close, but instead of prolonging such an inevitable transition of mindset, I am welcoming it with open arms as I’ve got the gritty garage pop of Los Angeles’ Okay Embrace to punch my desk to.

Okay Embrace is a new project fronted by dedicated L.A. songster David Schaefer and featuring Ellington Peet on the drums. Schaefer has been hard at work in the scene since his early teens, collaborating with such luminaries as Phoebe Bridgers and Girlpool. After shipping off to Hampshire College in Western Massachusetts, Schaefer recorded the music for what would become his first fully-grown music project, tracking and mixing with Dinosaur Jr./Pixies engineer Justin Pizzoferrato.

Now back in L.A., the fruit of the band’s early labor is slowly hatching – with their excellent first two singles “Moving” and “Phantom Text” showing themselves in late 2018 and earlier this year, respectively, and now with their third single “Good Old Neon,” barging in today. The track is the final single off Okay Embrace’s upcoming debut album, Moving/Improving, and gets the legs moving restlessly.

“Good Old Neon” is a slightly-lo-fi, perfectly crunchy garage rock gem that channels the spirit of ’90s favorites such as Pavement and Yo La Tengo, but with the cut-the-bullshit cynicism of youth in 2019, and an astute pop consciousness. Schaefer’s pop sensibilities are immediately noticeable as he constructs buoyant melodies that seem to perfectly wind through the dirty guitar jolts and come out unscathed. Schaefer also keeps his vocals clean of any effects – making damn sure you realize that you are just as stuck as he is – so that you hear every shake in his voice. Despite him questioning “if he can ever be honest” and branding himself a “faker, faker, faker,” it all amounts to a refreshingly honest, tremendous track that truly stands out in an ever-crowded indie rock landscape.

While Schaefer meditates on deep uncertainty and destructive behavioral patterns that never seem to break cycle, he concludes with one certainty: “I was born with a keen eye.” Schaefer declares the end of the song like a clap that turns a light off, with an unabashed confidence he knows will linger with the listener. Keen eye for what? We’re itching to hear more of his story on Okay Embrace’s impending first release. Keep an eye out for debut album Moving/Improving, due in November 2019, and listen to “Good Old Neon” below.