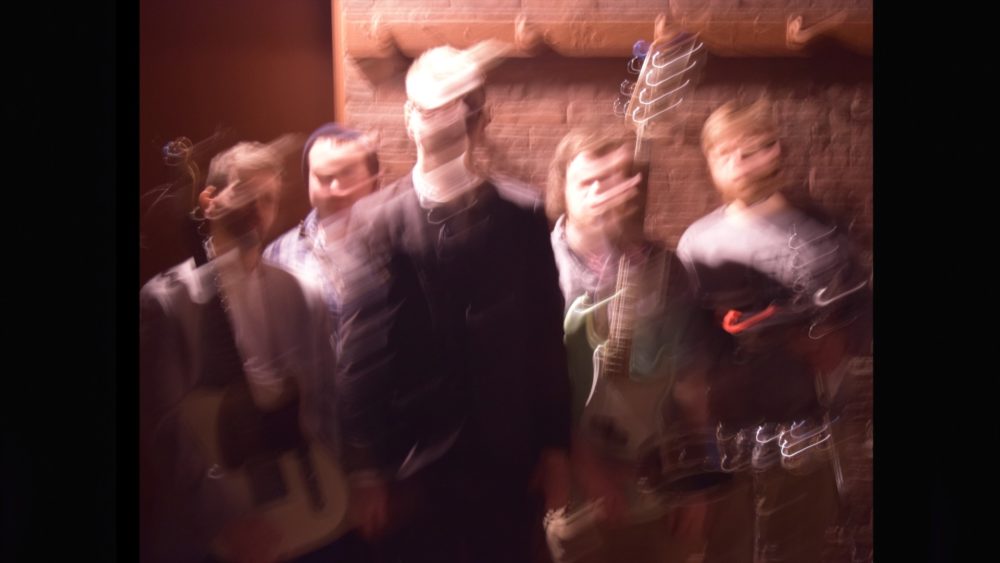 Hailing from Boston, rockers The Woolly Mammoths have been making strides of late, sharing bills with Diet Cig, Vacationer and more. It’s their forthcoming album, C I T Y Z E N, however, that may very well launch them ahead towards having other band’s article openings mention them. Today, Impose Magazine is pleased to bring you the LP’s latest single, “2manycars.”

The track artfully blends elements of dance-punk and industrial as The Woolly Mammoths work up and ride on simmering tension lines. To learn more about the band and C I T Y Z E N, stick around for an interview below.

Listen to The Woolly Mammoths’ “2manycars” and look for C I T Y Z E N out November 9th.

Hi, The Woolly Mammoths! Congrats on your new album. Can you tell us a little more on who you are and how you first got into making music?

We are currently five (sometimes six) fellows, mostly from New Hampshire. A few of us got together in middle school to play the music we were discovering via Guitar Hero and doing so at very high decibels without hearing protection (not advised… tinnitus is unfortunate). That was about ten years ago, and since then our lineup, sound, and name has changed many times.

Every song has a unique timeline, but the conception of track usually comes from one of our three main songwriters: Nathan Arsenault, Connor Kennedy, or Connor Bailey. That original idea can spark from a lot of different points: an instrumental riff, a lyrical concept, or a chord progression. Following that, there’s a demo phase, which consists of continued refinement of instrumental parts, lyrics, and melodies. This process can sometimes take a very long. There is a track on the album that we have had many different demos of and has been around for probably 5 years. However, sometimes it can move very quickly… there is also a track on the album that is the first recording.

What are some of the larger themes at play on C I T Y Z E N?

The themes of this album revolve around entering adulthood. Our perception of the world and our lives was shaken-up a bit upon leaving college and entering the trenches of everyday life. It felt like a cross-roads with a million different choices: what kind of person do I want to be (or not want to be)? what kind of world would I like to live in? how should I spend my time? These things were heavy on our mind so we captured them with the hope that other people in similar situations would be able to resonate with and hopefully experience some sort of catharsis.

Who are some of your biggest influences/favorite artists?

James Murphy of LCD Soundsystem – Smart older gentleman who found fame on accident by being passionate about recording and producing, and his day-to-day anxieties.

Tyler, the Creator – creating a brand around yourself while also being yourself.

Any new artists/venues/purveyors of the arts in Boston you could turn our readers onto?

Our good friend Nathaniel Keith Purdy is an exceptional visual artist. He has done the majority of our artwork, so we may have a bias but he seriously is great at what he does and is worth checking out.

Boston Cream is an awesome post-punk/dance-rock band that emulates a similar vibe to us. Their last EP was amazing and they put on an energetic live show that is definitely worth attending.

Sidney Gish is an up-and-coming songwriter and we love her stuff. Her last album was so catchy and endearing.

Ed Balloon is a great experimental hip-hop/r&b artist. His sound is unique and groundbreaking while still being accessible and he’s got some stellar dance moves at his shows.

Where can we follow you and where can our readers catch you live next?

We do not have any shows officially announced as of right now … but there are shows in the work for November, in Boston and New Hampshire.