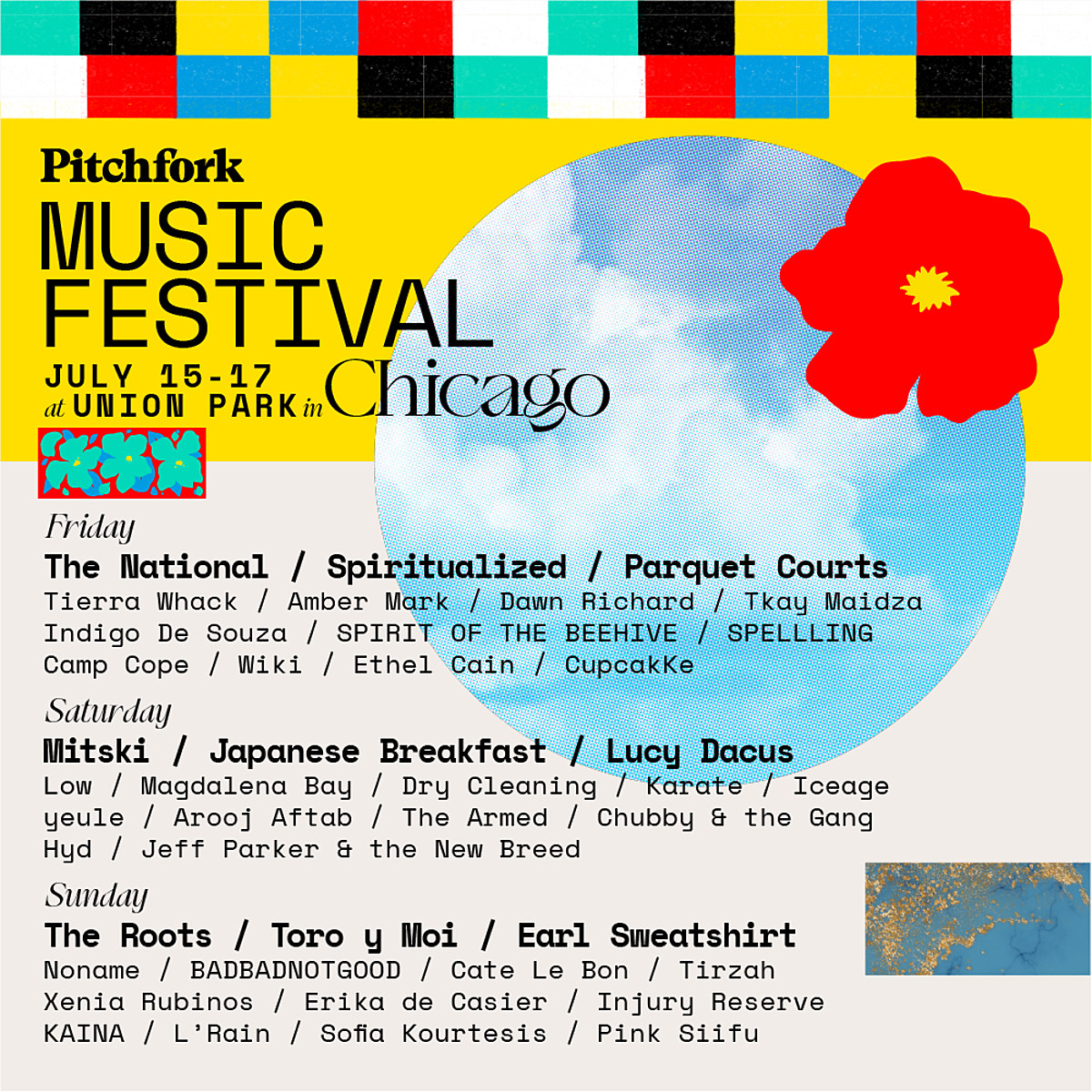 After successfully running the show in September last year, Pitchfork Festival is back to its normally scheduled programming July 15-17 this summer in Union Park. With acts like Mitski, Japanese Breakfast, Earl Sweatshirt, Parquet Courts and Toro y Moi, Pitchfork is back with another genre-bending line up. We’ve said it before and we’ll say it again, Pitchfork Fest is a good time – it’s mellow and fun, the drinks are cheap and music is always spectacular.

The headliners this year are indie staples that you can’t miss on Spotify’s “Indie Essentials” playlist even if you tried, but what about all the names at the bottom? Every music-person’s worst nightmare is being asked if they’ve listened to an artist and having to say “no.” Impose has compiled a list by day of some of the artists who you may not know but should, to be fully prepared for the weekend (we even threw in a few facts about the artists for you to brag about).

SPIRIT OF THE BEEHIVE

Since the release of their self-titled album in 2014, SPIRIT OF THE BEEHIVE has begun to grow a rather devoted following in the electro-psychedelia genre. Similar to the habits of King Gizzard and the Lizard Wizard, SPIRIT OF THE BEEHIVE is quite out-there at times, drawn back and restrained at others; one song they’re acoustic and the next they’re metal. The Philadelphia-based group’s latest record ENTERTAINMENT, DEATH has earned acclaim, and the band has deemed themselves “your favorite band’s, favorite band.”

If you haven’t heard of Ethel Cain yet, you might live under a rock. But it’s not too late! Check out her latest record Preacher’s Daughter, which shook the indie world. After growing up in rural Alabama with both of her parents working at her Baptist Church, she left the church at 16 and started making music while adopting her spooky alter ego Ethel Cain. Her lyrics borrow and outline religious stories and words; on the surface they may appear light and airy, but at the core they’re intimate and uncomfortable. What is good art if it’s not making you uncomfortable?

Formed in 1993, Karate would eventually anchor the Boston post-rock scene. As the band waxed and waned through different members and many phases and albums, they transcended the DIY scene and played all throughout the U.S. and Europe in the ’90s. After breaking up in 2005, their discography was lost digitally until they joined hands with Chicago’s Numero Group to reissue their entire catalog. Their cult status has remained intact, and this Pitchfork set will be a part of their first tour in 17 years.

Yeule’s newest record Glitch Princess immediately caught our ears upon its arrival: “yeule conjures another hypnotic and futuristic palette of sounds, with strains of drone, ambient and industrial scattered about. On ‘Too Dead Inside,’ the synths bend and contort, the bass sizzles and her voice tingles the senses” wrote our very own Jeff Cubbison. Futuristic and fresh, yeule’s brand of glitch pop is not to be missed.

Other must sees: Magdalena Bay, Arooj Aftab, The Armed

L’Rain’s 14-track record Fatigue, which she released last year, lyrically emits the heaviness she sings about while her music sonically remains weightless. Tracks like “Blame Me” and “Two Face” show her range as an artist: soft, slow, jazzy, ethereal, mystical and poppy. Her music is a sensuous vehicle into another dimension.