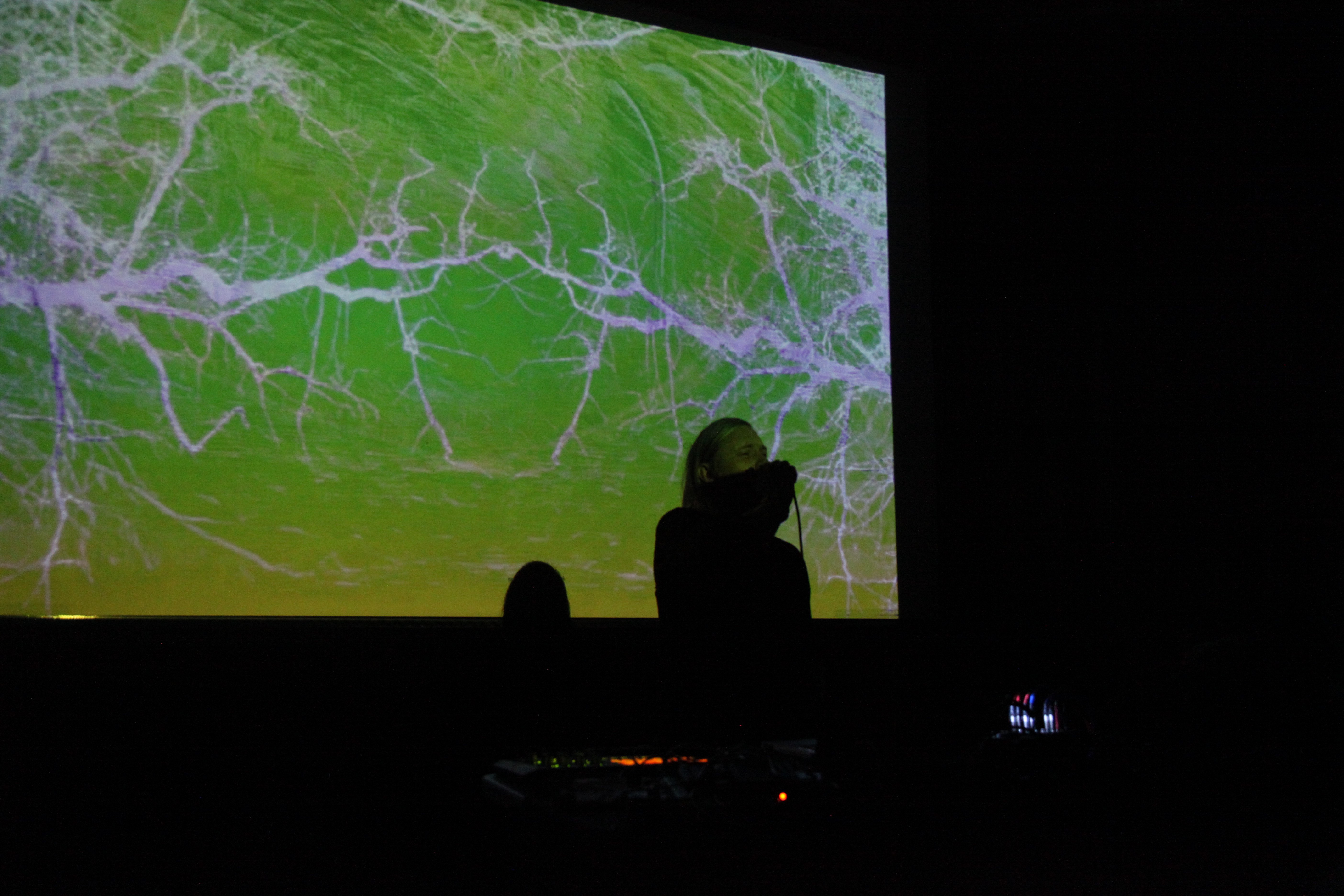 Earlier this summer, Benjamin John Power’s Blanck Mass released Animated Violence Mild, his heady bone-shaking new release for Sacred Bones Records, and set out on a North American tour alongside Helm and Steve Hauschildt. Having previously seen Power while he toured 2017’s World Eater, and as one-half of noise unit Fuck Buttons, I feel a specific anticipation whenever I’m planning on catching his show. There’s an unmatched weight added to his work when he performs it live. Its power is amplified, and its attention is commanded and seized. And it’s incredibly loud. If there’s any question as to what the best context to appreciate and carry Power’s vision is, it’s right in front.

Power wrapped up that North American tour on Friday October 5th at Zebulon Cafe in Los Angeles. Gripping and shrieking into a distorted mic, Power ripped through Animated Violence Mild highlights “Love Is a Parasite,” the soaring “House Vs. House,” and “Wings of Fate.” “No Dice” and World Eater centerpiece “Please” provided dynamic momentum shifts in a highly combustible set, while he closed out the show on a one-two-punch with 2018 one-man-band thrashers “Odd Scene” and “Shit Luck.”

Power has proven with each performance that he is one of the few who can bridge soaring pop melodies alongside hardcore electronic thrash without making you feel like you’re watching completely different artists. Meanwhile, the staticky psychedelic video screen backlit Power’s imposing, ominous silhouette – the perfect visual component to his dark, atmospheric, eardrum shattering soundscapes.

To see Blanck Mass is to accept that you’ll never hear the same again after, or that you’ll either be clutching your earplugs, or stabbing your fingers deep into your ears so you can live to see (and hear) another Blanck Mass show in the future.

Animated Violence Mild is out now on Sacred Bones Records.