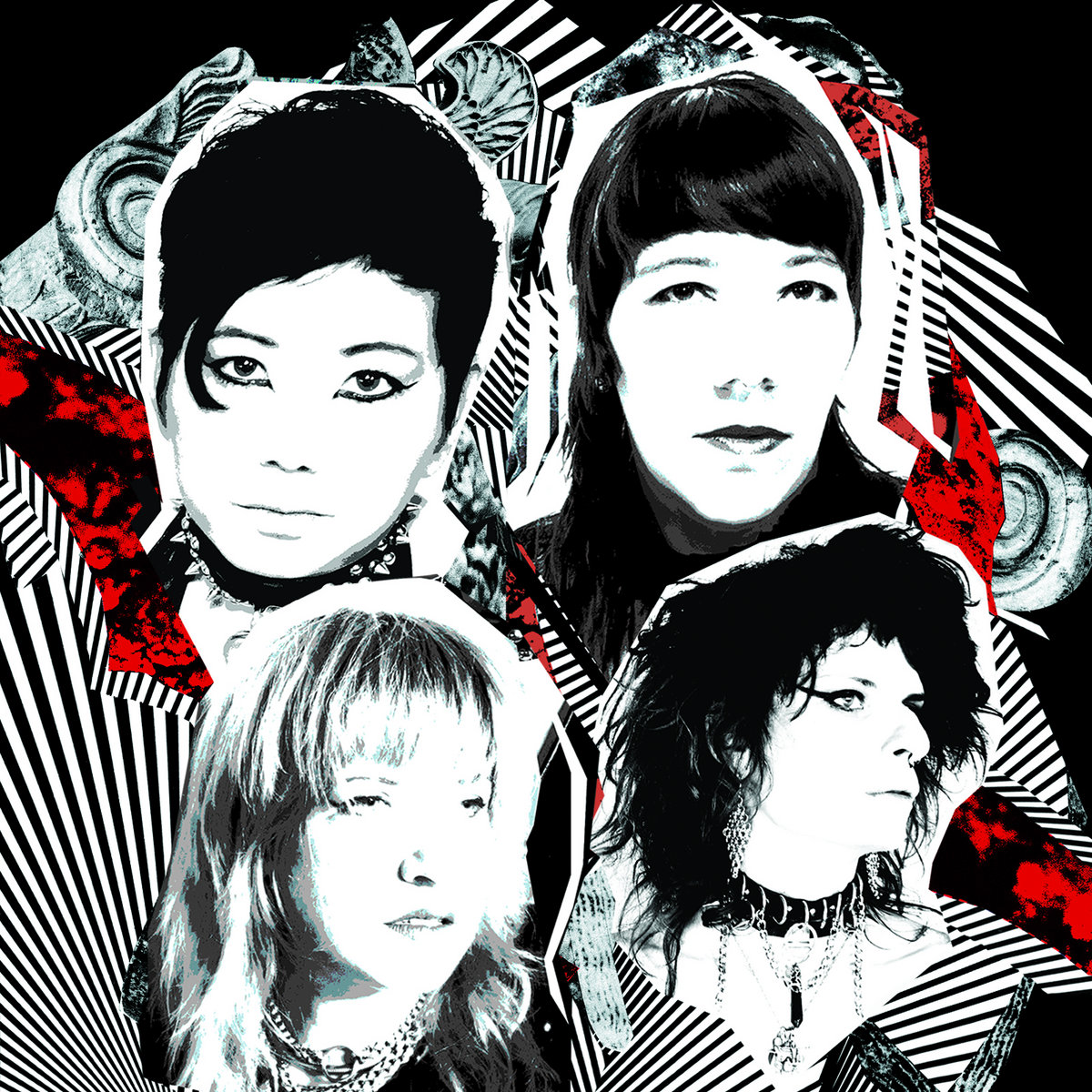 Music fans always find their spaces and California is one state that never ceases to unleash solid tunes across the ever-expanding spectrum of genres. Oakland has caught listener’s ears with the shadowy veil of the post-punk band Ötzi. Their place in the scene is unique and growing exponentially with the release of their latest single, “Hold Still“ off of their upcoming May 22nd album Storm.

The group includes singer/bassist Akiko Sampson, singer/drummer Gina Marie, guitarist K. Dylan Edrich and keyboardist Winter Zora. Beyond just their intricate lyrics, Ötzi are purveyors of combative performance that is unlike any other. Hold Still offers a different glance as its bass-driven industrial feel gives way to an almost ’80s arena-synth ballad. Of course, the haunting vocals creep in and set the spooky scene. The tune is catchy from the onset, launching the ear into a hurricane of gothic majesty. There’s a quiver in the vocals in tandem with the instrumentation that unveils raw, fierce, if not burly emotion. Bring the mosh pit in the dining room for this one.

Akiko and Gina sat down with us and went a little deeper to showcase their craft and efforts to date. You can read their thoughts and give “Hold Still” a spin below, and pre-order Storm HERE.

How has this new album helped you grow in your musical development?

Gina: We put a lot of work into Storm. All the writing was way more intentional than our first release. We had a clearer vision of what we wanted to portray in the sounds and emotions. Akiko and I also produced this album, and it was a really good partnership for achieving what we had envisioned.

Akiko: We wanted to retain what we love about our music, but we also wanted to challenge ourselves. In order to expand the emotional range expressed in these songs, we had to become very vulnerable and honest with each other and with ourselves. So the album writing was an intense and painful process for us with lots of highs and lows, but we learned to be okay with that. Sometimes that’s what it takes to make something you can stand by.

Is there a boundary you have yet to cross with your sounds?

Gina: We recently added a fourth member to our band and started writing new music with her. I’m super excited for what we’re working on next. Winter is contributing second guitar, complementing what Dylan already plays, and keyboard and saxophone which will help elevate the emotions we’re already sending out with our music.

Akiko: We love the sound of ’80s post-punk records, so we gravitate towards analog sounds. This album was recorded entirely on tape. Rumor has it The Who used the same tape machine, that’s how old it is! We used a physical reverb chamber that was bigger than a piano, and rack effects for the rest. It feels good to know you’re playing the instruments exactly the way they’ll sound on the recording, which is kind of a lost art. Someday we might dabble a bit with more modern production styles, but for now we feel very grounded working with classic methods.

Are there any ideal series/movies/books that people should be enjoying during this time?

Gina: Something I’ve been enjoying more than Netflix or a movie are the live feeds of various people. From hosted interviews with other artists, to bands that have the means to do shows, and just friends DJing and playing music in their bedrooms. It’s really great to still be able to see each other in some capacity, even if not in person.

Akiko: Octavia Butler’s Parable of the Sower book series is very relevant, and speaks to the importance of survival and critical thinking as well as empathy in a collapsing society. I’ve always loved that series but am coming back to it again.

How are Ötzi handling quarantine, making the most of it all?

Gina: It never crossed my mind that we would be releasing an album during a pandemic but we’ve stayed steady working on its release. We’re hoping that our music will find people who are having a hard time in all this, and can offer a mental break from the stressful news.

Akiko: I’ve been working hard trying to find creative ways to get this album to an audience, despite the fact that we can’t tour! I also released an album called Between Worlds from one of my favorite bands, V.E.X., on my own label Psychic Eye…I started a webzine called Cryptic Species, because I miss the discussions I used to have with people at shows. I started gardening for mental health, so I’m hoping to grow produce for the local groups that serve food to the unhoused community. Dylan, our guitarist, is working with bees at a honey farm, Winter has been designing jewelry, and Gina Marie has been homeschooling her kid…We’re all still really excited about the sound we started developing before the pandemic, so we hope to start writing music again by trading files.

Gina: I definitely lost hope of all things in the outside world, but I’m certainly optimistic that we can achieve new things and continue to support each other during these times. While I miss playing with my band and seeing everyone at shows I’m hopeful that when this is all over we’ll have a new appreciation that can often get lost for music and live events.

Akiko: I hope that the good things that have come from this – slowing of our pace, time for reflection, paying more attention to our partners, friends and families, increased patience, and increased concern for others – will stick with us. I hope we begin to realize that human lives are more important than money, and that we need to distribute resources more equally to protect the most vulnerable. Something like this shows that we have to take care of each other to be healthy as a society.

What is new to you about this strange moment in musical history? Is there some moment that stands out to you?

Gina: It’s been an interesting time to release an album that’s for sure, and while we feel supported we also know that people have a lot more on their minds than usual. Social media overload is too real but we’re thankful that people are tuning in to the singles we’ve released so far, and sharing some time together during these difficult times. I think releasing these songs helps contribute to a sense of normalcy for people.

Akiko: A lot of bands chose to delay their record release until the virus blew over, but we never considered it. We’d been promising this record to fans for over a year. One of our biggest fans is a doctor in Italy, taking care of COVID-19 patients from the start of the pandemic. They listen to our band every day, and they told me what gets them through the grief, fear and exhaustion is music. There are a lot of people who will tell you that being a musician is pointless, and sometimes it feels like the only way to discount that is by success in sales. What matters to me is that as a band, we supported someone that bears a huge burden for humanity. So while music history is volatile and the music industry might be collapsing, I finally understand that music itself is truly essential. It feeds the spirit and after that, I can’t doubt my priorities or my place in the universe.

I imagine proper celebrations will be in order for Ötzi when this ends, do you have any wild ideas of things to come?

Gina: We’re very excited to have our album release show, that will be one of the first big parties we’ll plan! We worked really hard on Storm and we still want to celebrate its release when we are able to play shows again. Also, we want to continue to do the tours we planned for Europe and the U.S. that were cancelled.

Akiko: I’d like to go out and hug my bandmates and my friends, without fear and without guilt. That’s the wildest thing I can think of right now.