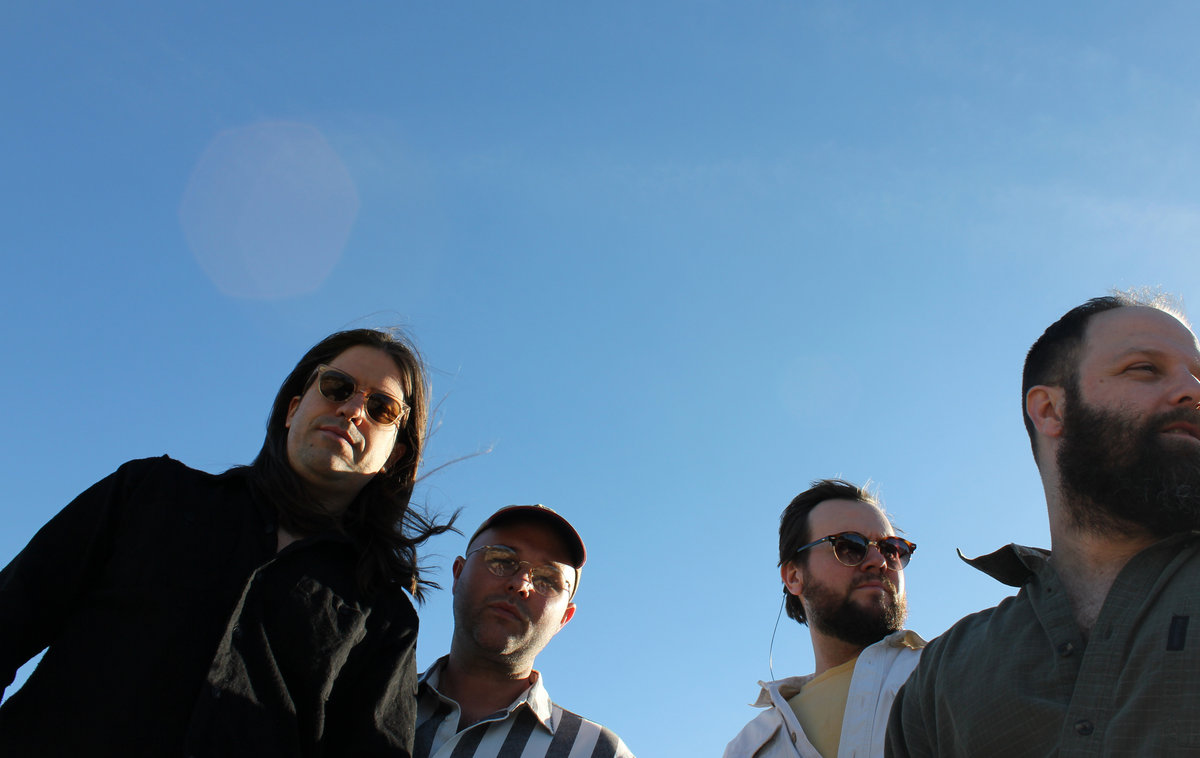 Pure X’s Nate Grace & Jesse Jenkins discuss the band’s first album in six years, opening up to the writing process & how music, much like life, is hard work.

Pure X’s debut album Pleasure came out nearly nine years ago. True to its name, fans most often praise Pleasure for its deep sensuality and smoky dreaminess. There is poetry in the distortion that drifts throughout the album like haze in a still room, as well as in lyrics that stare longingly into the eyes of a lover. But the record is as sexy as it is emotionally raw and vulnerable. There’s a very present and concise lyrical confessionalism that runs throughout their first record, and the way the band lingered on these internal anxieties became a blueprint for future material.

Described as a “hard left turn into the abyss,” 2013’s Crawling Up the Stairs is an icy and sometimes claustrophobic sophomore effort that shed much of the warm dreaminess of their debut. Sonically, it carries much of the same musical approach that defined their debut, but lyrically, the band looks even more directly into their own fears, ripping at the calluses that masked them. Singer Nate Grace pushes his voice through strain and paranoia on songs like “Shadows and Lies” and “Where Did You Find Me.” In all, Crawling reflected a band comfortable with putting their fears and frustrations unflinchingly at the center of their music. Beauty in pain, significance in the journey, and lessons to be learned throughout it all. The only way out is through.

Pure X completed their trilogy of “hedonism, suffering, and devotion for ascension” with 2014’s Angel. Recorded in an abandoned Czech dance hall in central Texas, Angel sounds like a band that had pushed through trauma, but still lingered on the meaning of it. Angel adapts previous approaches while injecting clarity into its production, a starry-eyed, glam-leaning sensibility into its acoustic approach, and a gentle longing that drifted slowly downstream towards peace. If “Heaven is a feeling,” as Grace sings on “Heaven,” then Angel was the river that led to it.

Today the band returns, six years later, with their self-titled fourth album. To diehard fans, this album will feel like a true amalgamation of their previous records. The band’s signature distortion and upbeat grooves guide these songs, as well as the band’s on-your-sleeve confessionalism, and a well-earned sense of blue-collar Americana. As always, their anxieties are present throughout the record, but unlike previous outings, there’s also a deep sense of peace and acceptance of them.

“These are not songs of resignation, but of unsentimental empathy, of understanding one’s surroundings and when it’s time to move on,” says writer Neil Fauerso. Pure X bridges the various styles that have made each of their records worthy of living within. Whether it’s through ever-present and vibrant shoegazey guitar sounds or sometimes-narcotic sentimentality, there’s a lot of life to these songs. Pure X sounds like a band that could have only made this record by walking the path they took, and taking their time to digest the trials experienced along the way.

We caught up with songwriters and dual vocalists Nate Grace and Jesse Jenkins to discuss the band’s first album in six years, opening up to the writing process, strength in vulnerability, and how music, much like life, is hard work.

Obviously it’s been a while since your last record. How do you think the last six years between albums inspired the band’s approach and songwriting on Pure X?

Jesse Jenkins:  We never stopped writing. We’re better writers and better musicians than we were 6 years ago. I think making music separately for so long also makes coming together so much fun. When the 4 of us are together, magic happens. Feels good to be able to count on that.

Nate Grace: For real. Thankful for that. The first time we jammed after the hiatus it was like we had never spent any time apart. It was just as effortless and inspiring as our first jam back in 2009. From that point on we took our time to make a deliberately crafted album. We made demos for every song and then we recorded live in the studio over 6 days.

I’m inspired by the emotional openness that runs through the Pure X discography. On this new record, songs like “Free My Heart” and “Here In Hollywood” seem so effortless in being able to tap into inner motivations, anxieties, and truths in a concise and moving way. I’m wondering if, ten years in as a band and working in a world that constantly demands interaction and presence from its artists, if that openness comes naturally or if it’s something that you need to push through to achieve?

NG: That openness comes from years of trial and error. I went through a period in my mid 20’s of writing opaque, long winded, Dylan/TVZ/Cohen wannabe songs. Then something in me changed just before Pure X formed. When I wrote poetry, I would sit down and type out everything I was feeling really raw and unedited. I wanted that same feeling in my songs. Then I went through a hard period of transition in my life that stripped away a lot of the fakeness I had been clinging to. That’s when I wrote the song “Don’t wanna live, Don’t wanna die.” It felt like a breakthrough.

That was the first Pure X song, and I think you could make a thread from that song all the way up to these new songs. The idea of direct vulnerability is still there and I’m still interested in pushing it forward. It takes a lot of strength to be vulnerable and to stay vulnerable. My mentor and friend, Norberto, who I love dearly and who passed away recently, said, “Be strong but stay tender. Always keep the tenderness.”

There’s a blue-collar, workmanlike quality to these new songs and throughout much of your previous material, not only in the context of “the struggle” as a concept, but also in the space you allow these songs to exist. There’s patience in reaching the emotional truth, whether that’s sung or performed. You have mentioned that these new songs were written over a two-year span and recorded live as a band. What does the process look like? How do you know when a song is complete?

JJ:  Making music is hard work. Life is hard work. To me, this record is all about accepting that and choosing to enjoy it rather than agonize over it. Regardless of the process or the circumstances during which a song is written, a song is complete when it feels complete. Might take 5 minutes, might take 5 years. Might not ever capture it.

NG: I agree. As for the process of this album—it was a lot different because we were all living in different places living different lives. I have two kids now. The time to work on the album came in bits and pieces. I’d fly from Tulsa to Corpus Christi for a weekend, and we’d jam and make demos. Then I moved my family back to Austin for the final rehearsing and recording of the album. This all took place over 2017-2019.

What do you want people to take away from this new record? Is there an ideal way you’d like listeners to enjoy Pure X?

JJ:  I’d like people to understand that you can do anything; you can trust yourself; and this record is made to be listened to loud.

NG: Yeah, turn this shit up. When we first heard the masters of the album, I had a vision of my teenage self moshing around in my old room to “Angels of Love.”

There’s an air of finality to this album that I hope doesn’t end with its release. Given there’s a lot of uncertainty about the future of live concerts and performances, are there any plans to tour this record when possible, or other outlets for listeners to experience it?

JJ:  If we feel like there’s demand, and we’re needed out there, we’d love to play live. Otherwise, we’ll start planning our next recording retreat.

Pure X is out now via Firetalk Records