The Song of the Coronavirus Is Here: “Roses – Imanbek Remix” 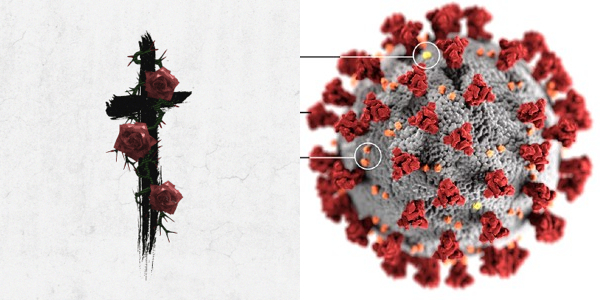 Little is known about Imanbek. He’s a mysterious amateur producer hailing from Kazakhstan. According to this reddit post, he works for the railroad and recently signed to Russian label Effective Records. He refuses to leave his small hometown or even perform live and hopes to continue with just music production from his home.

SAINt JHN meanwhile has been in the game for a minute, even collaborating with the likes of Beyonce, and has put out some great tracks already including the original “Roses” mix.  A personal favorite of mine is his track “5 Thousand Singles.” One of the things I love about this guy is his love of surface level contradictions, and that he dwells in the duality of life. He loves girls that are “Alabama ratchet, but she virgin tight” and wants a “Catholic girl who can move that work.” In an interview with 16BARS he states: “That middle ground, where things make no sense where you’re this but you do that. That’s progressive for me.”

SANt JHN has recently released a video for the remix. Check out the Song of the Coronavirus and throw a party with yourself during quarantine:

“Roses” has taken off on Tik Tok, with lots of attractive young influencers doing their own version of some dance to it. As an out of touch Millennial, this was an eye opening experience for me to peer into the world of Tik Tok. Apparently a huge part of the app is doing these things: