This weekend I had the pleasure of checking out the Bristol leg of the Approximately Infinite Universe UK tour – a series of nights pulling together some of the crème de la crème of the Finnish and U.S. avant-psych scene for a bit of cross-cultural intergalactic jam action.

The evening hit a peak early, music-wise, with the Skaters / Tomutonttu hook-up. It was an unexpectedly laid-back set, plumping for cosmic bliss-out rather than the feral voodoo of the Skaters’ latest Physicalities of the Sensibilities of Ingrediential Strairways LP. Spencer and James spun mesmerizing polyrhythmic webs from tribal percussion loops and droning organ, using these as platforms from which to launch into their trademark vocal navigations. I had worried that Jan Anderzen (Tomutonttu)'s zany tape manipulations might crowd the Skaters’ sound. However, his contribution was low-key and sensitive – the odd shimmering harmonic, some low-end rumble drums – and slotted comfortably into the mix.

Next up was Islaja and Samara Lubelski’s team-up with Blevin Blectum. Can’t fault the ingredients; Blevin Blectum’s intricate beats, Islaja’s acid disco diva vocals, a touch of delicately fuzzed psych-guitar from Lubelski, some dub-styled bass from a nameless pogoing bassist. Unfortunately, through want of communication, the set fell flat. Lubelski looked more than a little lost spending much of the time plodding aimlessly up and down scales, while Blectum and Islaja both seemed content to perform in their own bubbles, seemingly unaware of each other’s presence onstage. Inevitably, the sounds failed to gel.

Kemialliset Ystävät and Axolotl fared much better. Some quirky improvisation finally made it down the rabbit hole when Karl Bauer swapped the electronic drum-kit for his violin. The musicians concocted a warm, elastic drone, underpinned by earthy tabla whoops, that slowly but surely grew long vegetal tendrils that wrapped themselves round the crowd, drawing us into its beating heart.

Fursaxa and Es’s set brought the proceedings to a dramatic conclusion, building up a mournful church organ drone, over which Fursaxa layered her extraordinary voice, into a sky-high wailing wall. Then the rug was pulled out from underneath leaving us to be tossed about ad nauseam on a churning sea of twisting tones and pitch-bent moans. The second half of the set enacted a long, slow march to the grave. A sombre funereal beat was thickened up with bass and organ, around which Fursaxa and Es wove garlands of sorrowful vocals. This final set was the only one to really pack a powerful emotional punch, sending the crowd off moved, rather than merely contented. Fursaxa is an impressive presence onstage, her quivering voice seemingly tapping into some deep and ancient sadness. 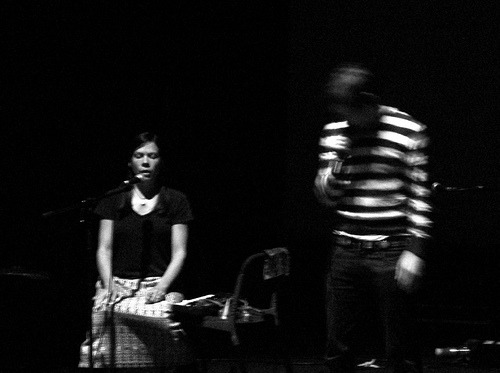 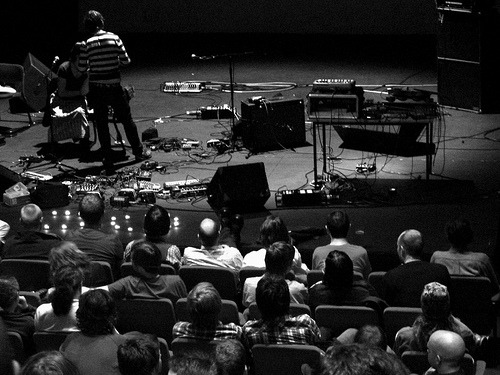