Tampa was a cluster fuck that reinforced my suspicion, corroborated by Brother Ali himself, that “all of Florida is weird.”

The Southern hospitality we’d been enjoying up until then was replaced by weird looks, angry door guys, and crazy bar fights. The only friendly locals we encountered were some majestically aging queens running a gay gift shop, which was open until midnight and seemed to be a nexus for the LGBT community of Tampa’s YBOR City (or as a postcard called it, “GaYBOR City”). They told me where to find vegan food and posed fabulously for some pictures.

The show itself was nothing short of great. Rhymesayers specializes in thoughtful, well-crafted hip hop, and that was apparent in up-and-coming opener Abstract Rude. He rapped slowly and distinctly, sinking occasionally into a jazz-inflected singing voice.

Toki Wright, whom we’d missed while arguing with the door guy about how many spots on the list we had, took up MC duties between sets. The main act, Brother Ali, instantly mesmerized the whole crowd with his rapid fire rhymes of love, friendship, and the street. A heavyset albino man, he doesn’t fit the stereotypical profile of an entertainer, let alone a rapper. On stage he moved with a supreme self-confidence borne of years of practice and self-discovery. He also threw out a refreshing message to the ladies; unlike certain mainstream stars who rap about bitches and hos, he exhorted us to respect ourselves, even having us repeat after him to say “I’m the shit!” Without being too “you go girl” about it, I think we all need to remember to do this sometimes.

This is lyrical hip hop at its best: more dense with meaning than rock or pop, without losing the percussive bent that makes it more dance-ready than other genres.

These loving flows were set against the odd backdrop of a Tampa full of drunken freaks. Spring break, the NCAA tournament, spring training for some baseball teams, and a huge skateboarding event attended by none other than Chloë Sevigny had packed in the crowds. Walking around after the show we encountered conditions that were literally riotous. A shirtless man, thrown out of a club and physically restrained several times, remained undeterred in his effort to shove security guards around. At least four different groups of lesbians pushed and threatened one another, and though some of our male viewers might have found it hot, we pretended to film each other while getting their audio in the background, for fear direct cameras would result in broken noses.

A few blocks away, a young-looking girl wearing a convincing hooker costume (ass-skimming skirt, garters, lingerie) flirted with a cop. Each gaggle of Lolitas we passed seemed to be wearing smaller, tighter get-ups, and mothering instincts I didn’t even know I had made me want to cover them up with blankets. My male companions didn’t seem to mind.

At one point a veritable college worth of cute Asian girls asked us to take their picture. We obliged and took one for the Impose spank bank too.

We would have liked to stay longer, but Atlanta was calling in its laid back, hospitable way. I can’t say I’m sad to have left Tampa, but it was perversely amusing. So what if Florida is the South’s crazy sister in the basement? 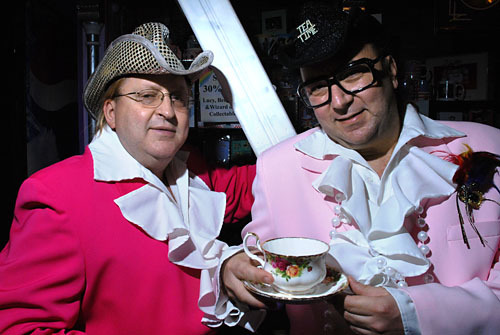 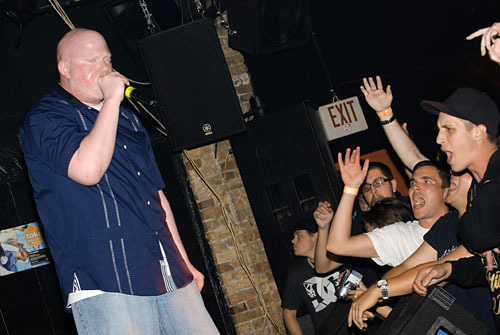 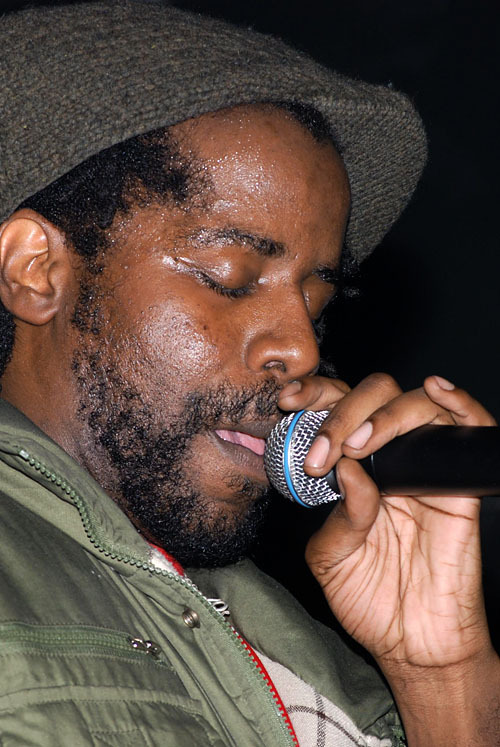 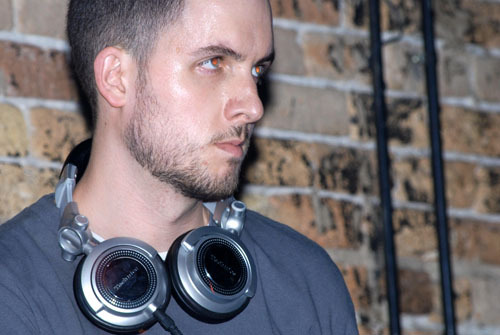 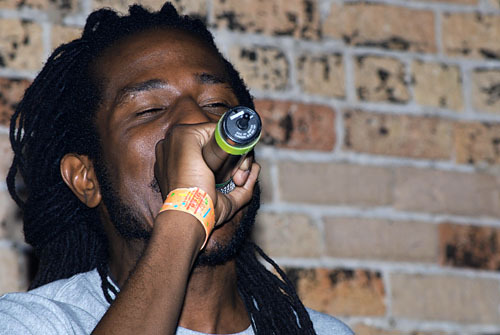 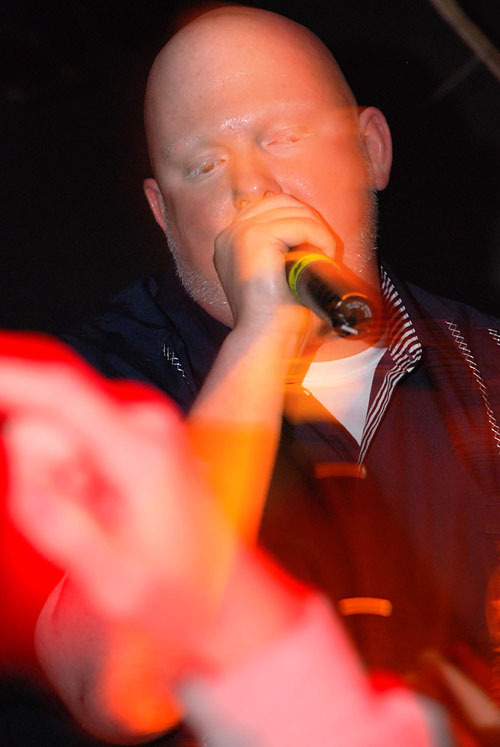 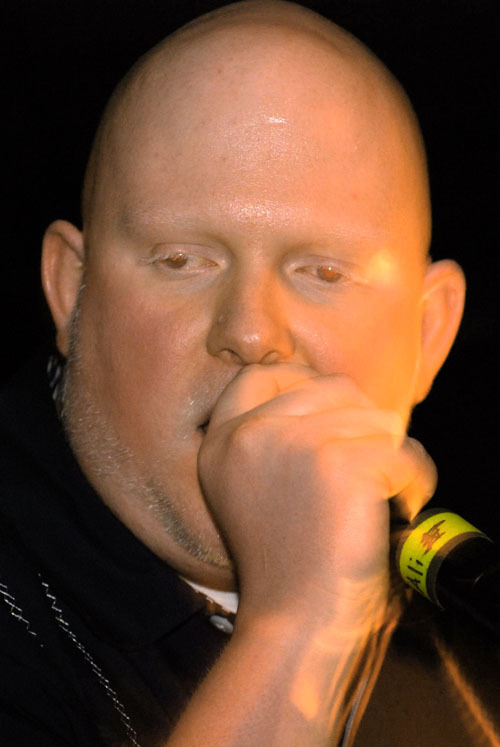 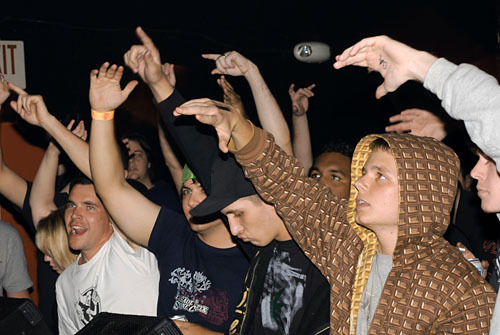 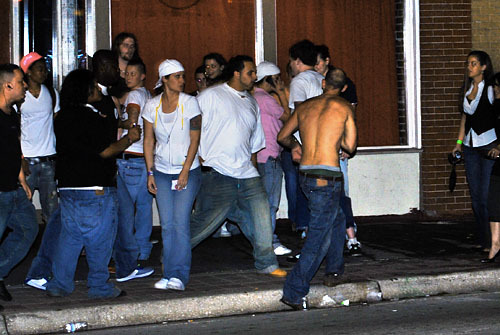 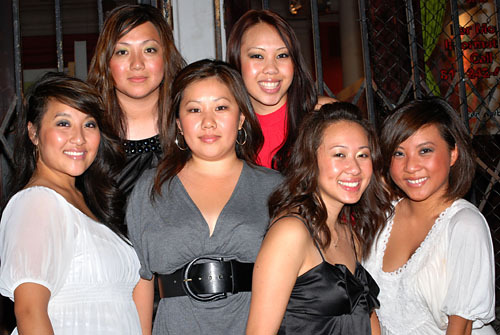 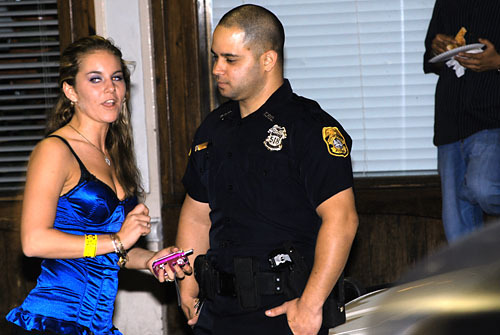