Saturday was another day in the suburbs for the members of Ghost Hunters Club Co-op (GHCC), a loose collection of artists and bands scattered across the Northeast that come together in parent’s basements, libraries, and the occasional gig at the Knitting Factory or Cake Shop, to prove that the experiment doesn’t have to start under the microscope of a cultural capital like Brooklyn. But this isn’t the place to get too heady about the repercussions of social networking sites or the fading necessity of being part of a localized community. The show at the corner of Prospect place and Cedar in Plainview, New York was good. We were witness to five acts that sonically shared very little in common but intrinsically formed a temporary community around the afternoon show before disbanding to various corners of the tri-state area.

First up, Cory Larkin, a founding member of Long Island Drone Orchestra improvised on guitar alongside Allen Roizman, proprietor of the basement and co-founder of GHCC. Roizman is also the man behind Say No! To Architecture and the resulting crush of static drone and arrhythmic casio beats scattering out of from the small guitar amps formed a plastic curtain for Larkin’s highly melodic, egoless meanderings across his guitar.

Hidden Things numbered an extra female member a week earlier and their recorded material has an extra layer of something synthesized sent through a pliable delay pedal. It’s a nice touch, but the impetus behind this project was fully present Saturday in Josh Millrod’s trim acoustic guitar arrangements and his symbol-heavy lyrics: “Searching in the dark for my numbered sleep / When she’s asking how / Swords count to ten / Then turn to plows”, he sings melismatically, professing after each one to two minute composition that he has about 435 left to go. Millrod brought in a trumpet player for a few of his tunes for airy, delicate accompaniment:

Orphans median age is around 18, and they’re already playing a sort of avant take on the dueling-noise box dance rock of Holy Fuck. Featuring Patrik Borgen and Tim Nicholas on samplers and other unidentified flying boxes of electronics, there’s a lot of playful noise and occasional nods towards pentatonic ambience that were instinctively shaped by the percussion of Julian Bennett-Holmes, a member of Fiasco who purportedly joined Orphans just one practice prior to the performance. If that’s the case, the band is in for some seriously heavy live shows:

Roizman’s pet project Say No! To Architecture followed with a carefully abbreviated set that was apparently a sort of mash up / showcase of a few of his compositions. His rig, in the face of its towering results, is a relatively simple line of three guitar pedals. But with this small is beautiful / less is more approach, Roizman manages to ring his arrangements into a sort of vibrational frenzy: it’s a hissing, droning mass that can roll ineluctably through basement walls, but it doesn’t start that way. It’s often built off of simple, almost punk rock guitar stabs and bright, post-rock melodies, carefully lopped and mangled, methodically and meditatively over the course of his long-play compositions:

Fucking Hell played last, and it’s good they did because their new vocalist got stirred up into his own sort of vibrational frenzy, tearing down the christmas lights that hung from the basement walls and running laps around the basement, tearing the mic from its chord in the process. It was sort of like Henry Rollins had just been told he’d been transported into a suburban basement in Long Island and no one knew who he was anymore. This guy was out to prove he was angry, on the inside. The songs ranged from gorgeously detuned takes on hardcore and a few more standard punk and even surf-inflected tunes:

The party petered out a few hours later and we were all back in time for supper. 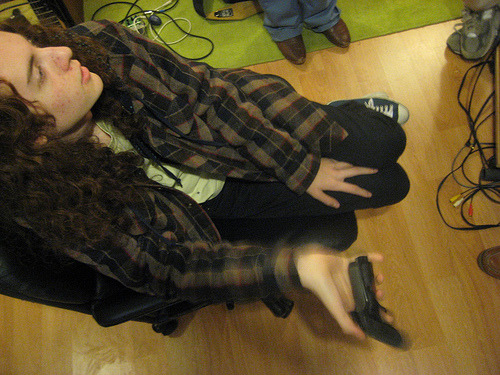 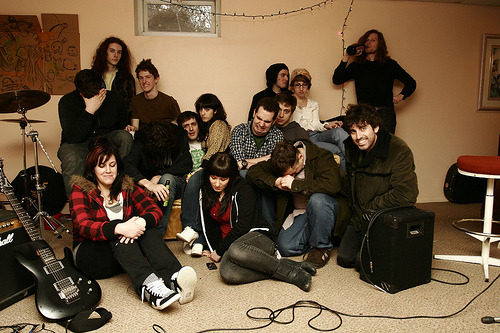 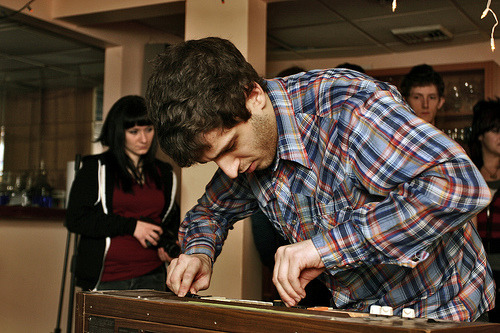 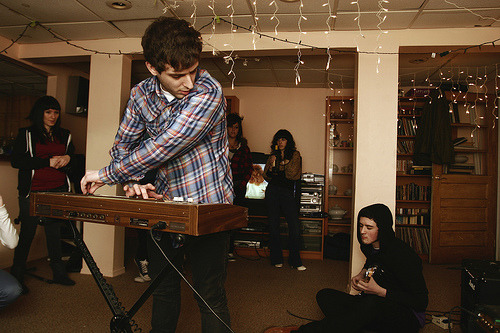 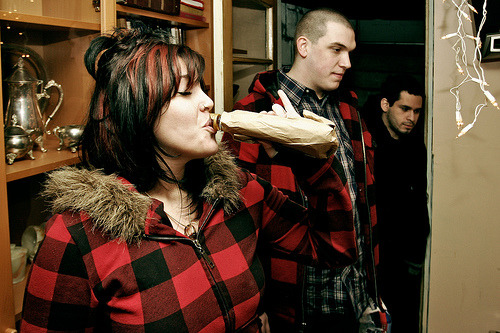 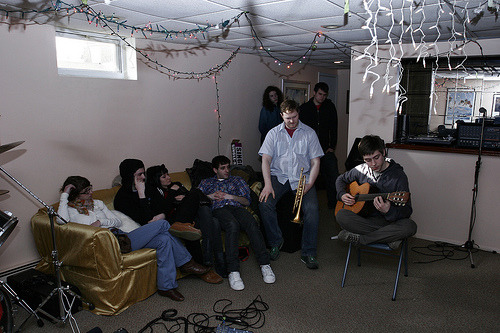 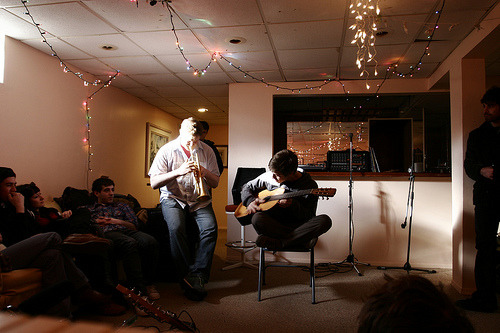 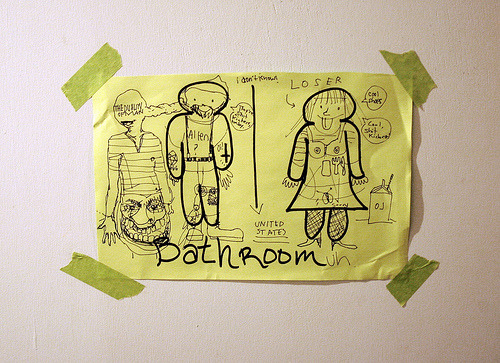 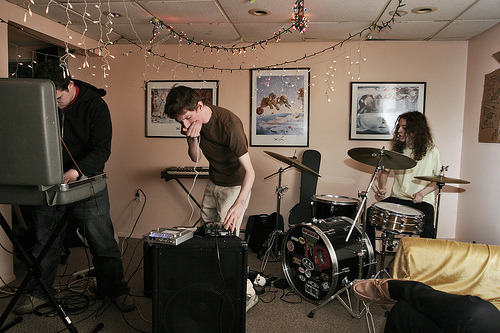 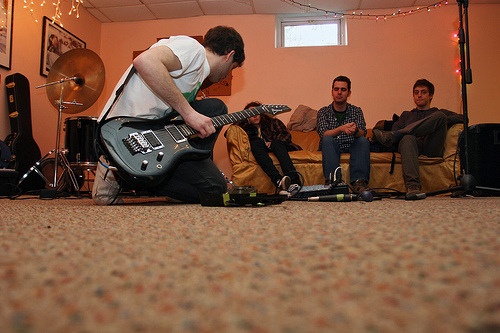 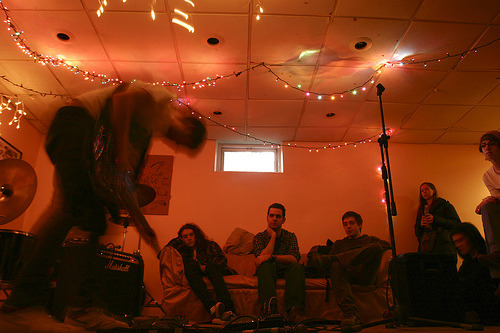 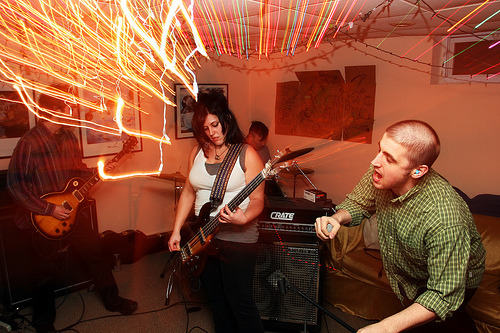 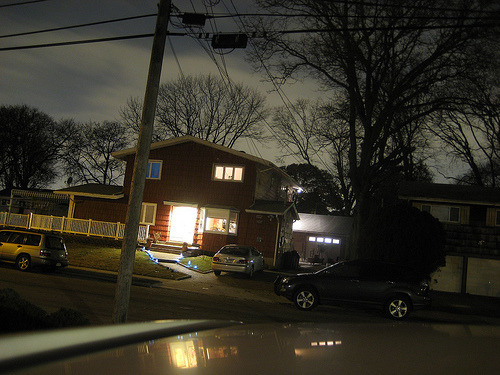 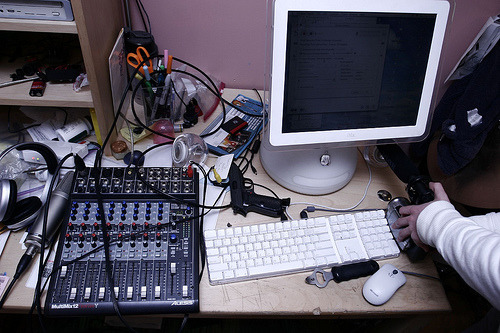 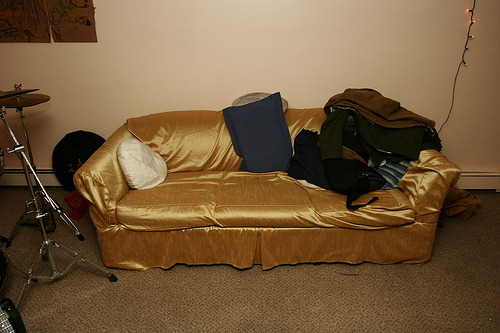 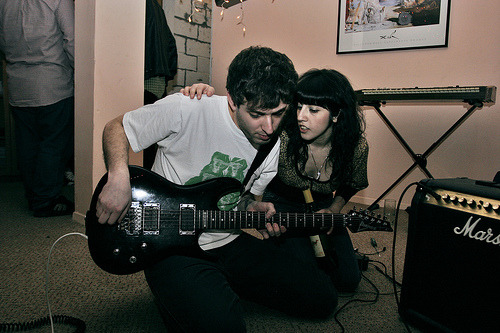