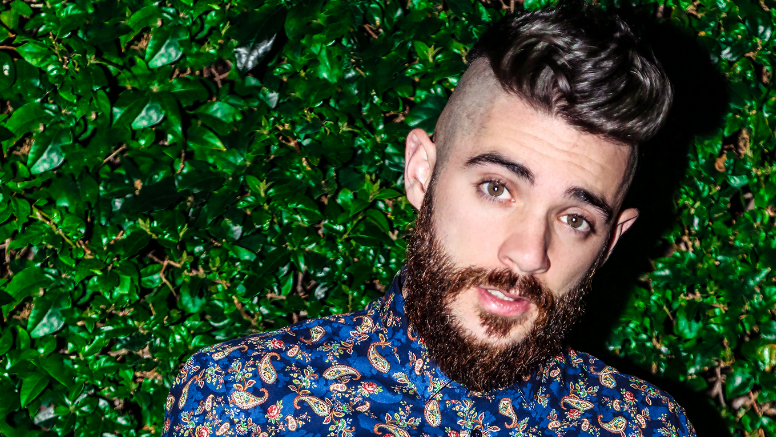 I discovered Jon Bellion last September, thanks to my Spotify Discover playlist. (You might recognize his name from Zedd’s most recent album – he sang for “Beautiful Now” – or from the fact that he co-wrote “The Monster” for Eminem and Rihanna back in 2013.)  The song “All Time Low” played, and instantly the lyrics and hook caught my ear.  On a first listen, I couldn’t get past how catchy it was.  I mean, that chorus is an instant hit – his layered voice singing, “I’m at an all time low, low, low, low, l-l-low…” with the building organ synth in the background.  But really, it is a simply built song – start with a soft beginning and progress throughout, but staying true to the root of the song.  Bellion doesn’t get carried away with repeating his chorus over and over, or using too many decorative sounds at the edge of the music like some electronic artists.

Last week he released his second full length album, The Human Condition, which is flawlessly executed.  As it turns out, its third track is a revamped version of “All Time Low.”  I didn’t think this song could get any better, but somehow he managed to make it even fuller and fleshed out while keeping the essence of the song.  He added horns, more background vocals, and even upped the bass to build the song up even more.

This album includes such a huge range of genre.  There are tracks that are clearly inspired by his love for Kanye West – such as “New York Soul – Pt. ii” -, much more choral, piano- or guitar-based songs like “Fashion,” or songs that weirdly have a mix of these two genres like “Weight of the World.”

But my personal favorites are the strange ones.  I mean, they’re all a little weird with a progressive, science-fiction, blues, hip-hop feel.  “Woke the F*ck Up” is a work of pure genius, honestly.  It’s kind of like if the robots from Portal 2 had a baby with Radiohead and a distant gunshot that spoke with Bellion’s voice.  I don’t know how else to explain it.  It’s a very intelligent song talking about suddenly realizing that he should stop avoiding his feelings and societal standards and should GO GET THE GIRL.  And then “iRobot” is a slower, philosophical tune about the post-breakup blues. Or maybe it’s about humankind living like robots in this world we’ve created for ourselves.  Take a listen and decide for yourself.

I think I’ve figured out that the allure of Jon Bellion is his control of silence.  He’s not afraid to use the absence of sound to his advantage.  Where most artists might feel the need to insert noise from front to back, Bellion remembers that silence can be just as musical as sound.  The pauses in the music make the sounds just that much more poignant and fruitful.

In this way, his layers of sound feel very purposeful.  Everything is there for a reason – to evoke emotion or at least some sort of reaction in the listener.  It’s a very clean and minimalistic approach to making music.  He only puts in what he needs, leaving all the extra fluff out.

I’d call Bellion a true master – a proper musician.  His voice and instrumental skills are not only on point, but I can tell he knows and understands his craft.  If nothing else, please give the single off of this new album a listen, “Guillotine,” featured below.  It’ll take you for a ride.

The Human Condition is available now.