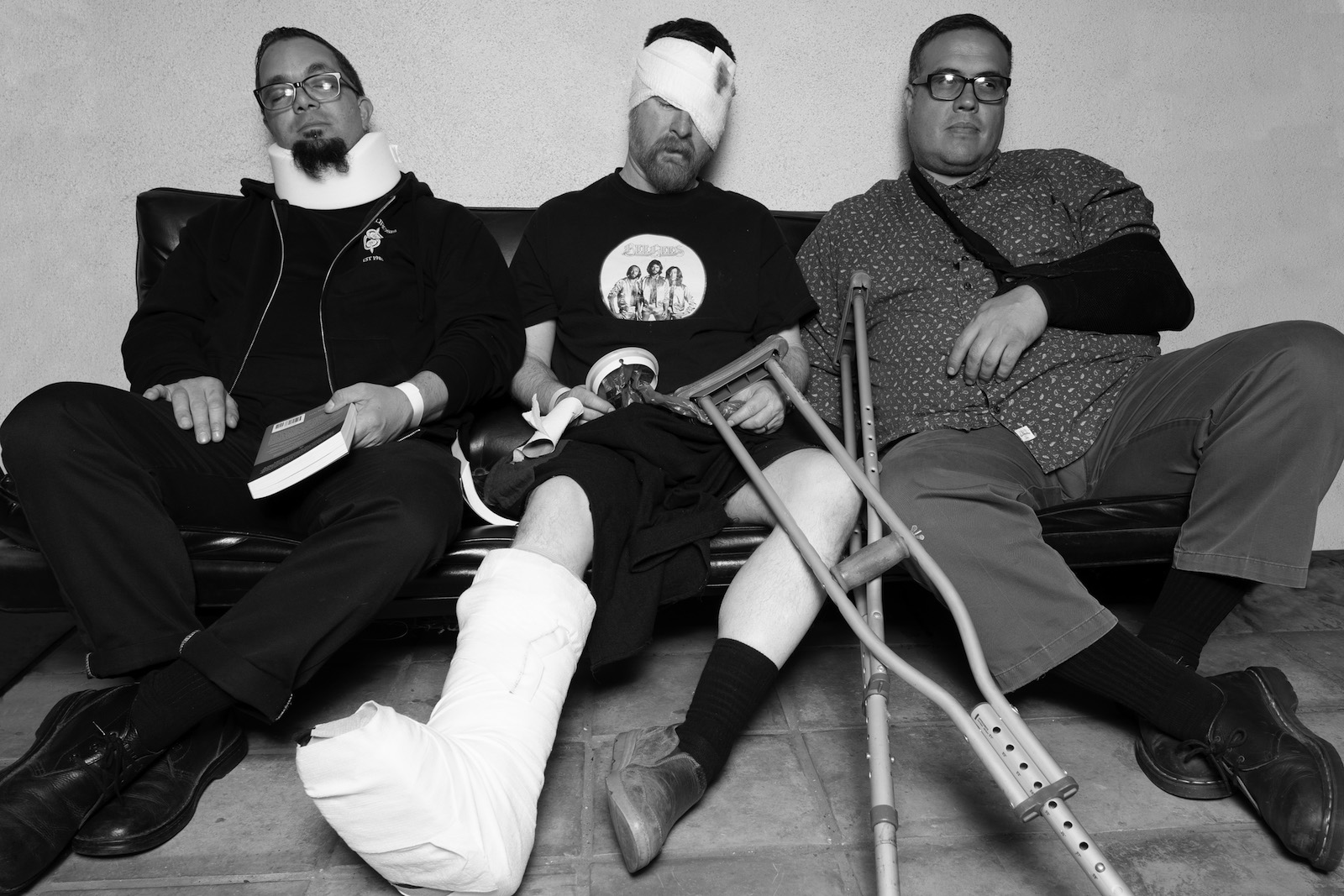 Geronimo is a heady, experimental industrial/post-punk trio comprised of members of other noise groups like Bastard Noise and Sleestak. They released their debut self-titled LP way back in 2007, and now they’re finally back together and gearing up for the release of their follow-up Obsolete, out on May 31 via Three One G Records. They’ve already shared the album’s title single, a sparse and hypnotizing track that swells and throttles in all sorts of pulverizing, ominous ways.

They’ve also now unleashed the music video for “Obsolete,” which features a dark and sparse visual palette that bends and contorts as the track’s dissonant sonic journey unfolds. Following a series of atmospheric visual overlays swirling in and out of focus, the camera picks up staticky film noir shots of drummer Moises Ruiz, bassist Anthony Francoso, and producer W.T. Nelson as they rip through the track’s walloping, piercing soundscapes. It’s a fraught, mesmerizing clip that ratchets up the tension with each passing note of distorted feedback. You can watch the epic video below, and pre-order Geronimo’s Obsolete HERE via Three One G.