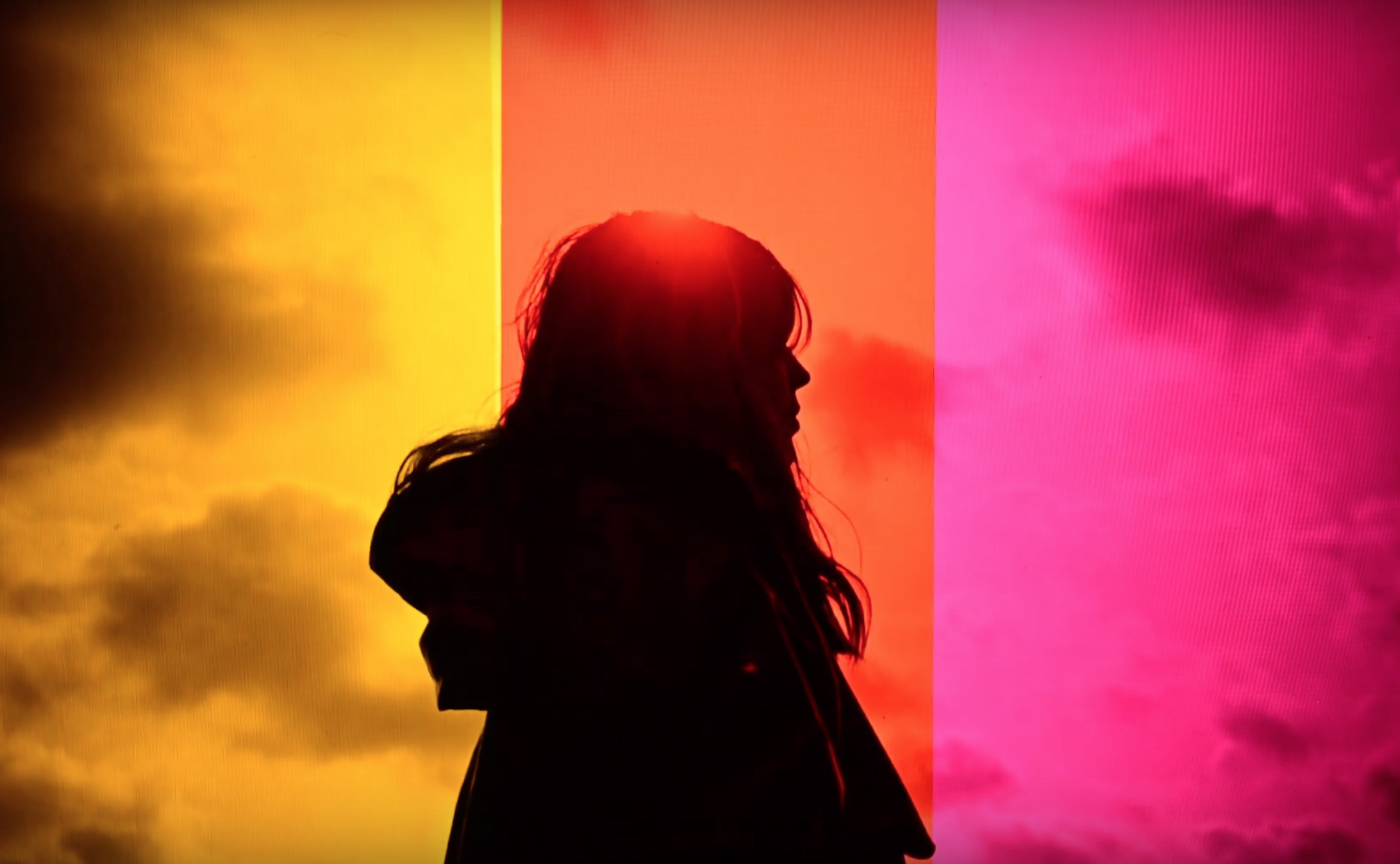 Swedish psych-pop/new wave outfit I Break Horses had been on hiatus for almost six years before returning last week with the epic, rousing new single “Death Engine” – their first piece of new music since 2014’s Chiaroscuro. Now the duo of Maria Lindén and Fredrik Balck are finally gearing up to release its follow-up Warnings (which drops on May 8 via Bella Union). Today, they’re sharing another stunning new track, the staticky, propulsive and shimmering anthem “I’ll Be The Death Of You.”

Here, pulsating drum machines give way to a swirl of bleary-eyed, lo-fi synth layers as Lindén’s soothing voice floats effortlessly with a whispery, cooing affect. The track is absolutely soaked in warbling atmospheric textures, giving it a spaced-out, psychedelic intensity while also beckoning to the dance floor. It’s another noisy and subversive blend of sonic elements for I Break Horses, and yet it still feels very catchy and perfectly on brand for them.

According to Lindén, “I’ll Be The Death Of You” is a “somewhat darker and more nihilistic approach to when passion takes a more eccentric turn. A short yet drastic tale occupying a middle ground between Screamadelica and early OMD.” The track comes to us with an eye-popping music video, which bleeds together bright pink, yellow, and orange color hues overlaying a trippy collage of nature shots and vast urban city views. Warnings arrives on 5/8 via Bella Union. You can pre-order that album HERE, and watch the gorgeous Douglas Hart-directed video for “I’ll Be The Death Of You” below.