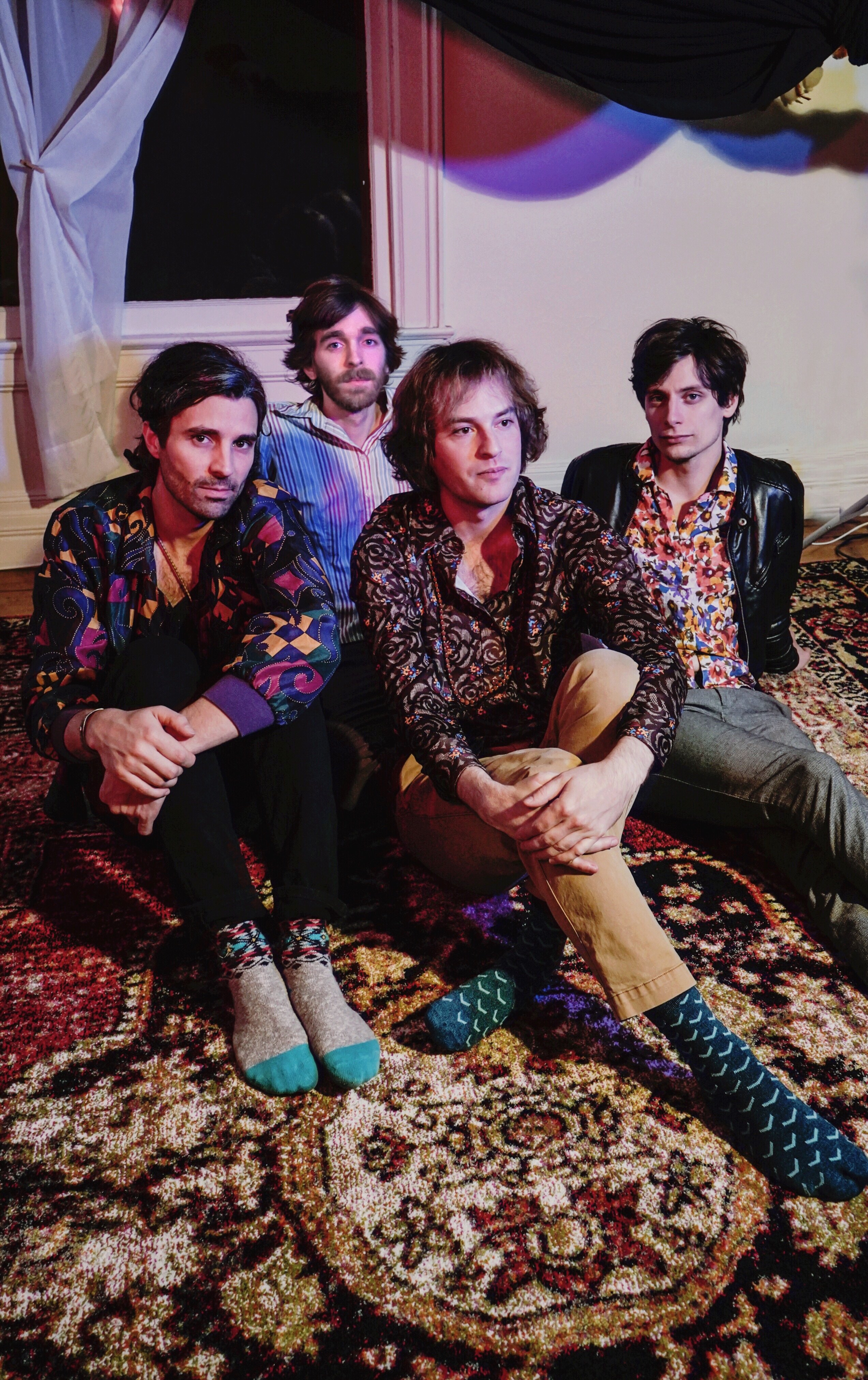 “Montreal” is a short but sweet piano-driven track full of melancholy and longing, complemented by fuzzy guitars and crisp vocals. The video, meanwhile, is shot in lush black and white and follows a desperate man sprinting through the woods with a bag of coins, which he eventually empties into a wishing well. The other band members, meanwhile, follow him through the forest with their instruments – soundtracking the hijinks. Like the track, the visuals have a frenzied, whimsical feel to them, resembling an old comedic French New Wave flick.

“The way the video came together definitely mirrors the way the song did. The song was written and recorded really quickly within just a few hours, and we wanted to make the video with a similar spirit,” Adam Netsky said. “It felt like the way we used to make short films as kids, running around town with the camera and filming whatever seems right, with maybe an idea for a single shot as the inspiration.”

“I liked the idea of using visuals that resemble a classic foreign film to tell a really simple story,” said Josh. “This guy who’s reached a point of desperation where he gathers every penny he’s got and sprints for a wishing well…it’s like the middle of a story. The true beginning and end are up for you to decide.”