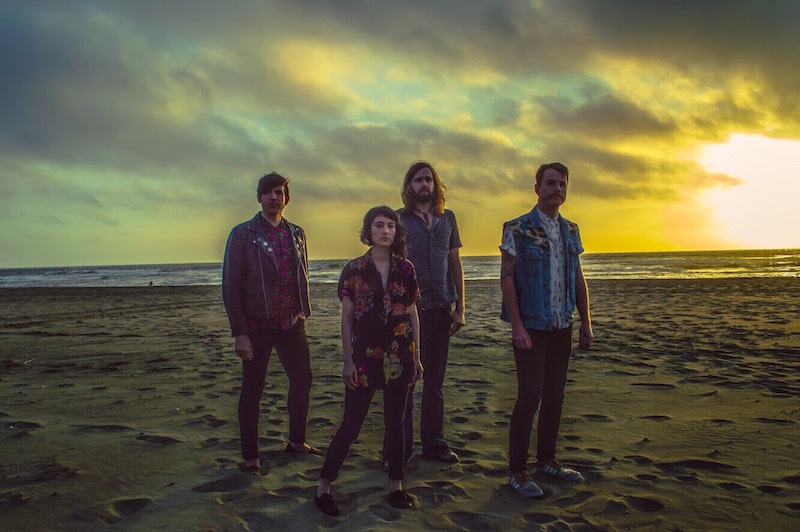 When last we heard from San Francisco-based space rockers The Y Axes, they were dropping the single/video for their brilliant single, “Empty Space.”

Since then, that single has gone on to appear on the band’s new LP, No Waves, one of the best rock releases of the summer. Today, we’re happy to be bringing you the video for “Moon” which features the band in all-out pillow warfare as the infectious, huge sound The Y Axes have cultivated over the years grabs you and never lets go.

The Y Axes’ lead singer Alexi Rose Belchere adds on the album; “A lot of No Waves focuses on looking inward in response to outward struggles. Songs like ‘The Gap in Between,’ ‘Another Timeline,’ and ‘Empty Space’ are about anxiety and self-doubt. Songs like ‘How We Begin,’ ‘One of Us,’ and ‘Nevertheless’ are about coming to terms with the horrors of the world around us – honestly, they’re contemplations about coming to terms with my own privilege, how on an individual level I must use it to amplify and lift others up.”

Watch “Moon” and snag your copy of No Waves at The Y Axes’ Bandcamp. The Y Axes will perform next in San Francisco at Neck of the Woods on August 31st.