12 Reasons to Die is getting a flashy special edition release 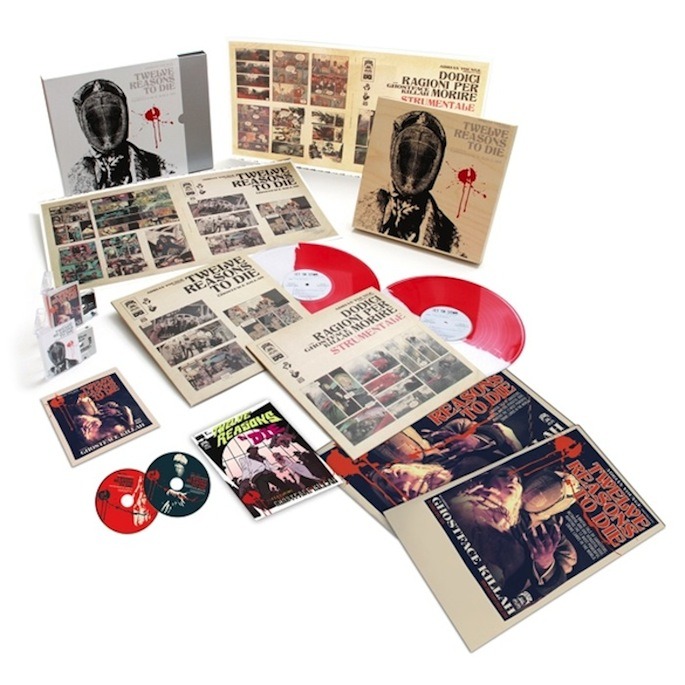 Just when you thought album releases were limited to iTunes only presales or Bandcamp downloads, we have learned that the king of the game is killin all y'all on what might be the specialest special edition release of all special edition releases. Ghostface Killah, famous member of the Clan of Wu and solo artist extraordinaire, is releasing his latest, a concept album called 12 Reasons to Die, in a format through hip-hop deluxe label Get On Down that will have collectors salivating and poor folks like me in a tizzy.

The new record, which you can listen to a portion of at Ghostface's Bandcamp, is scheduled to drop digitally on April 16 and claims The RZA as its executive producer and Adrian Younge (who scored the film Black Dynamite) as its primary song composer. The three tracks to preview are very old-style Wu and that sentiment can only build our anticipation up more. Now, if you're looking to really make this album, Ghostface's tenth, a worthy part of your musical odyssey, you should consider investing in what Get On Down has for preorder.

Yes, this smorgasbord of add-ons will set you back around $140, but you could be king of your own Ghostface deluxe release empire with those things. We're all hoping you'll go in, so we can come over and check it out. There are more thrifty options, but it seems stuipd to settle for anything less. And if you aren't convinced, maybe the album description will convince you: “A brutal tale of gangsters, betrayal and one vengeful soul hunting the 12 most powerful crime lords in the World.”

PrevPreviousJoyful Noise to release Cause and Effect Vol. 1 on a 3×7″
NextThe Chain Letter Interviews: SXSW Pt.INext