The audacity of Audacity 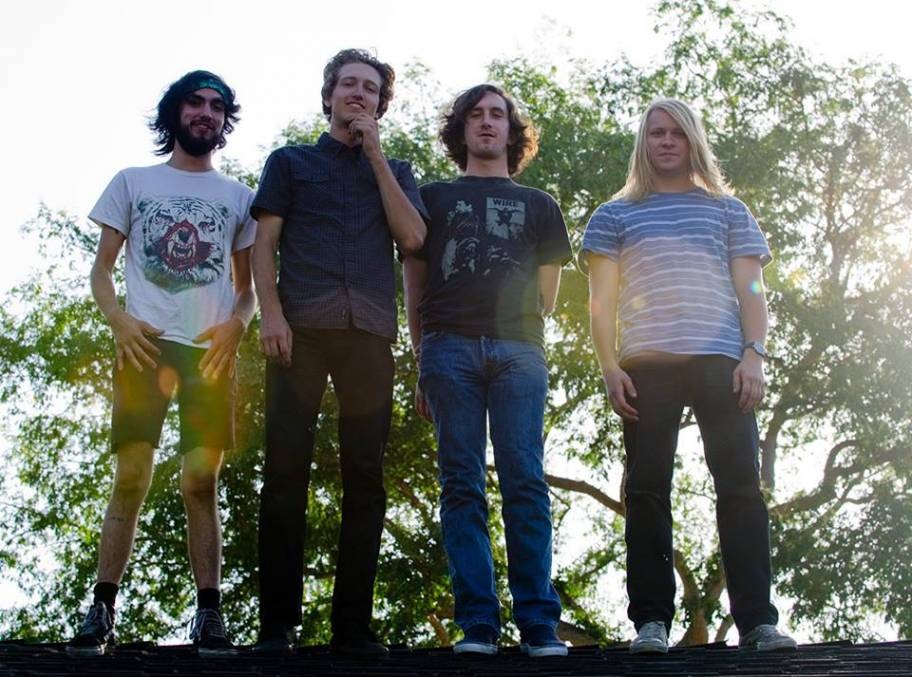 Fullerton, CA; Orange County's indie destination. Keeping in tight and in toe with their eclectic friends at Burger Records and everywhere else, Audacity continues the town's independent music legacy with their new Suicide Squeeze album Butter Knife. This audacious group of dudes have honed their garage learnt craft and have found themselves making ballads in earnest on this new outing. Keeping our recent conversations with Audacity going, we got a hold of guitarist and vocalist Kyle Gibson to talk about the album's finer details, Fullerton fanaticism, and so on. But first we got your listen to their soft as silk and kitchen blade edge of, Butter Knife.

“Couldn't Hold A Candle” starts things off as sharp as a butter knife with the smartest, and sharpest tools in the shed. “Pigs” gets anthemic with the swine, while “Hole in the Sky” takes it to higher levels of reason and rock. Single “Cold Rush” finds Audacity making straight up ballads, as “Tell Yourself” messes with their own sort of snot and blues. The Fullerton fury gets sentimental with you all over this disc, like on “Rooster”, before waking up the neighborhood with “Pick Slide”, and “Onomatopoeia” getting strange with the Honors English class learnings.

Listen as the Fullerton folks say no to sulfites on “Red Wine (Anymore)”, as “Crying In The Limelight” boasts, “got to ambition, no intuition”, before keeping the light song metaphor going on the mellow times of “Dancing Under Soft Light”. Leaving you with “Autumn”, the dudes show hints of maturity like the ground littered displays of yellow leaves fallen from an Orange County tree on a greenbelt. This closing call allows Kyle to take a thoughtful moment to ponder a global peace while staring and wishing into a star filled sky. “How many stars should I wish upon tonight? How many stars are in the sky tonight? How many wars should we fight on through the night?”

In the middle of their big release frenzy, we talked to Kyle Gibson for a closer investigation of Audacity's new album, their sentimental sides, and their home base of Fullerton, California.

Is “Hole In The Sky”, perhaps a religious sort of Audacity song or the most religious-ish song Audacity has made?

'Hole in the Sky' is just as religious as any of our previous gospel tinged songs. We love Jesus and Satan equally.

“Onomatopoeia” is one helluva rocking track. Like, maybe it's been since the 90s since folks recorded them like that since way back. What is your secret to not giving a fuck about what eras you sound like to virtually emulate whoever you would want to sound like, when you want to, if you want to?

'Onomatopoeia', besides being our most difficult song title to spell, was inspired by our good friend's band Stoned at Heart from San Pedro. I'm not sure what it is that makes a song 90s-esque but we were definitely going for it on that track.

Was there any watering down on the energetic “Watered Down”?

No watering down on 'Watered Down', besides changing the title from its more disgusting original title, 'Bloated in the River Water'.

And with the final song suite of “Crying In The Limelight”, “Dancing Under Soft Light”, and “Autumn”; this is probably about as sentimental and pastoral as Audacity has ever been. What's going on? You all aren't going soft on us now or anything? And if you are, just a maybe, like a little soft, but not too soft? Something for the sake of balance? It makes for a hopeful counter weight on the album.

We've always enjoyed soft things, I'm currently clutching a pillow with cartoon sheep on it. ballads have always been part of our repertoire and those three tracks were some of our favorite to record. autumn we were especially excited about just cause we thought it'd be something rad and different. and there's nothing wrong with being sad and sorry sometimes.

Like “Red Wine (Anymore)”, are there any choice red wine imbibing incident story worth sharing or something any of you care to elaborate on?

I'm more of a Chardonnay man myself, but we've all had bad incidents involving red wine and white carpets, like most respectable adults.

You all were telling us about recording Butter Knife yourself with 2″ tape and digital, give us some stories on taking full control.

Well, we recorded with Patrick Haight and Chris Woodhouse, two of the coolest dudes ever. We recorded some vocals in tandem in Patrick's living room in our socks and bathing suits, photographic evidence exists, we also utilized the massive staircase at woodhouse's studio to get a cool big drum sound by micing weird parts of it.

We have been talking about Fullerton, CA; the new indie rock and roll capital and the influx of people moving in as a result of Burger Records, etc; what is the current state of Fullerton right now?

Fullerton is boring right now cause we're on tour, at least that's what my girlfriend always tells me. Burger had brought a lot of attention to our humble town, and it's cool having more touring bands decide to play at the few cool spots we have.

State of the Fullerton scene?

There's always cool music coming from fullerton and Orange County . white night just released a great album on recess records, dan bush just put out his Health Care 7 inch on Nobunnys new label. there's bad antics , who are the most ripping band in California, and of course gap dream featuring gabe and our favorite bobby may.

Fullerton is was and always will be behind the 'orange curtain' there's a lot of odd thinking here , but it's inspired us to be bigger weirdos. Shout out to the Richard Nixon library!

What are Audacity's current thoughts on Fullerton living?

Fullerton living is as wonderful as ever. That's where my girlfriend is. Miss you baby.

What to expect from Audacity in 2014?

in 2014 hopefully we'll have some new music out, maybe older stuff that never had a mass release. We could all get haircuts and one of us will be married. Tune in next year to find out all this and more!

Check out the Steven Andrew Garcia video for Audacity's “Hole In The Sky” which has fun with green screens and vintage advertisement backdrops.