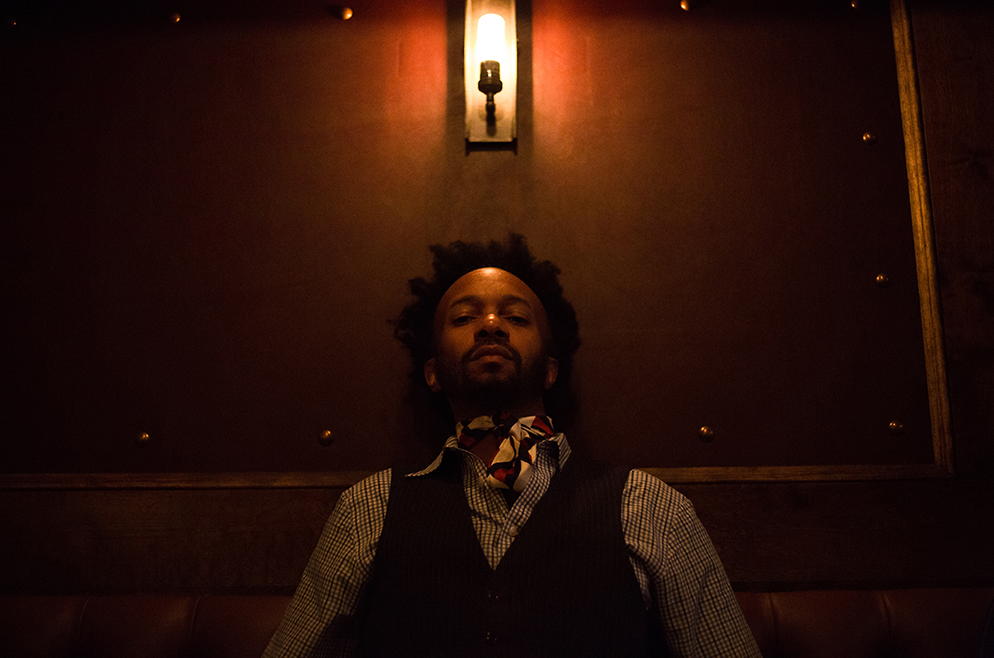 His name is Xavier Dphrepaulezz, the cat with 9 lives or commonly know as Fantastic Negrito. The singer-songwriter expresses to the public his memories and the painful struggles he has had in life from the very beginning. But don’t let that get you down, the bluesman also tells you a story of hope and wisdom. He’ll take you down to the very roots of rhythm and blues.
On the second floor of the pub and grub Mustang Harrys, Christie McMenamin meets with Fantastic Negrito for a sit-down.
CM: This was something I was initially unaware of, but as I was reading about you, I saw that Bernie Sanders used your song and that you performed at a couple of his campaign stops?
FN: Yeah, I did. I performed at three of his campaigns. One in New Hampshire, which he won, one in Las Vegas, which he didn’t win, and one in California, which he should have won.
CM: He used the song, “Working Poor,” which is really cool because he’s so inspired by economic justice. So, how did you feel, being able to contribute your own voice, in a way?
FN: As an artist, I like the word “contribute.” I think it’s the most important word because as artists, we tend to be very self-centred and a bit narcissistic, which I think is also necessary.
CM: I do, too; self-awareness is really important, and to put yourself into your own work.
FN: Exactly. But I think when we start contributing, that’s when it really comes alive. To start looking at art as a contribution, rather than what you can get from it. And anytime I’m contributing, I feel really good.
CM: I think that’s one of the most beautiful parts of the human experience. Being able to give back and communicate.
FN: I think that’s why we’re here. I think when we look back at all the civilizations, the Greeks, the Persians, Africa, Rome—we’re always looking at what they contributed. In museums, we say ‘hey, what did they do?’ And I think all the artefacts are a contribution.
CM: Art always survives.
FN: Yes. That’s a good quote!
CM: Great! Feel free to credit me and give me your Grammy!
FN: See? Narcissism!
CM: Well, I’m a writer!
FN: I’m in business with a writer, my creative partner.
CM: He’s the one you started the collective with?
FN: Yes.
CM: Tell me more about that
FN: Well, I’d say the modern version of it is when I walked away from music for about 5 years and decided to do other things. I sold all of my equipment and I started to grow weed up in Oakland because you can really grow a lot of it. Some of the best weed in the world comes from Northern California. I really haven’t smoked since I was 14. I’m a huge advocate, but I don’t do it. I feel like I’m missing out, maybe. I get into these strange patterns.