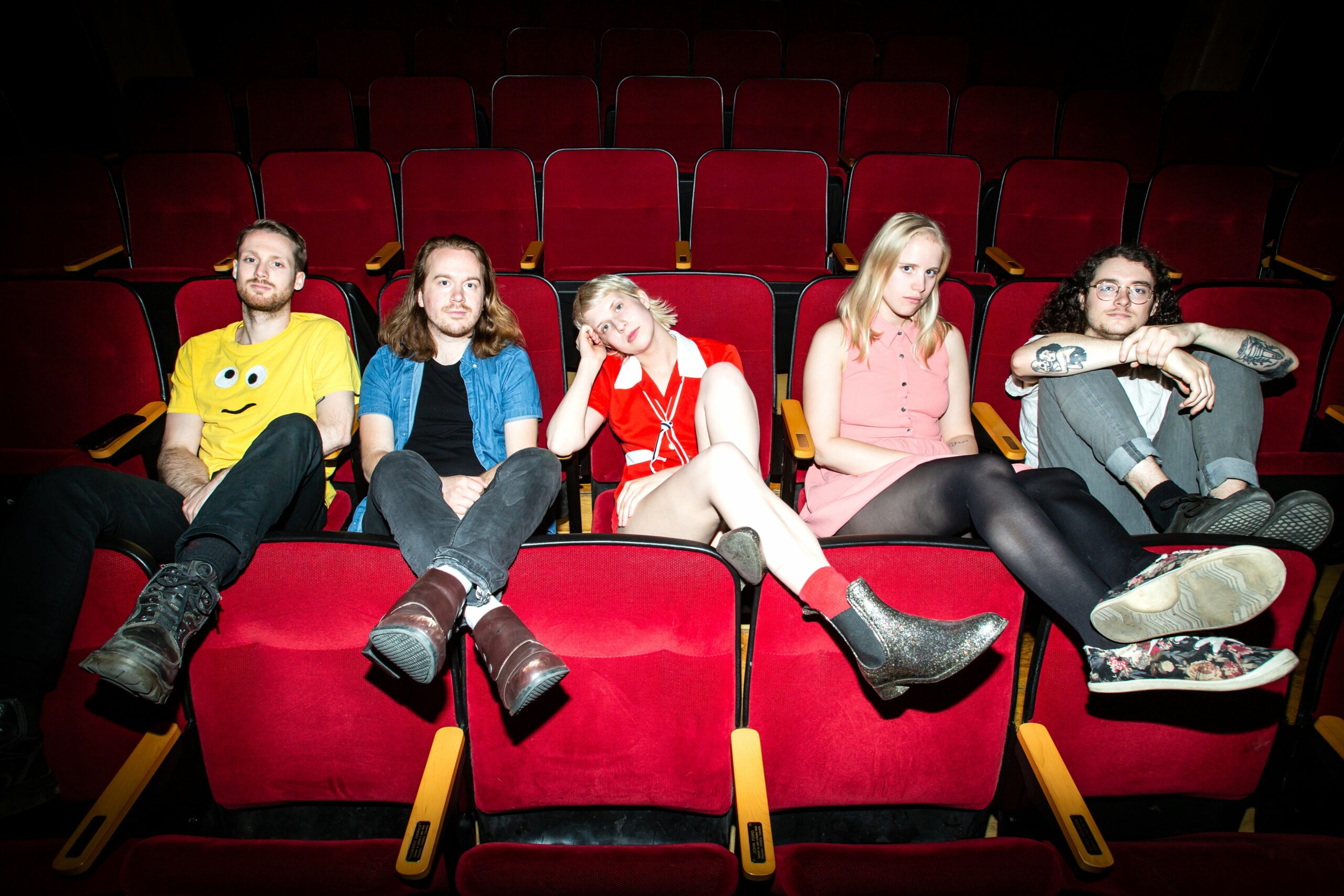 Seattle indie-rock band Great Grandpa are gearing up to release their new album Four Of Arrows next month. So far we’ve heard that record’s beautiful lead single “Mono No Aware,” and today the group has released another epic new one called “Digger,” along with its haunting music video.

On the track, Great Grandpa’s Pat Goodwin shares, “I used to have a dog who would get into this intense and almost manic trance when he would dig a hole in the yard. We called him Digger because he just became obsessed with these seemingly pointless pits. Something about his eyes in this state has lingered with and haunted me for years. It felt familiar, human even. Over the years Carrie and I began to liken it, even using the name, to describe ourselves when our mental health was spiraling or/and we were diving into the dangerous game of obsessive existential inquiry/patterns. Written in the wake of a fateful Wildwood Tarot reading following months of creative drought, this song is, like the spaces it explores, messy and without much resolution — simultaneously a meditation on the process of creation, determinism vs agency and an ode to Philip K Dick’s “The Transmigration of Timothy Archer”, mental illness, and those in our lives who dug too far. It’s safest to never go out in the darkness, but perhaps we’ll miss something in the dark.”

The music video, meanwhile, is a haunting short film with a quirky bait-and-switch, “Black Mirror”-like twist. Here, we follow a woman who appears to be mourning the loss of an ex-partner, only to find out she’s secretly infatuated with her next-door neighbor. According to Goodwin, the concept was born out of the band’s fascination with classic sci-fi tropes: “There’s something deeply human and tragic about our inability to connect and the dark places people will go that’s present in the best works of that genre.”

Four Of Arrows arrives on 10/25 via Double Double Whammy. You can pre-order it HERE, and watch the video for “Digger” below.