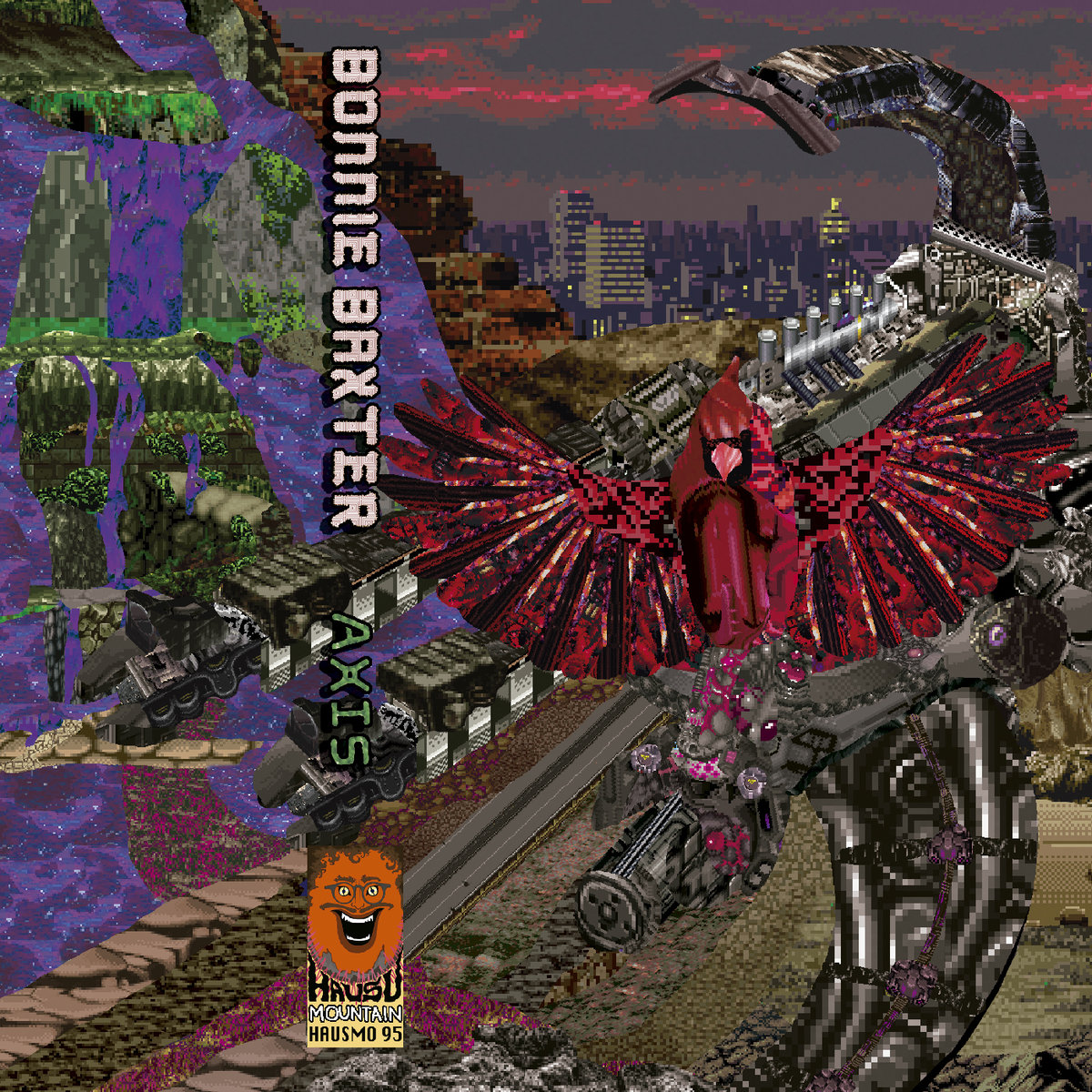 Hausu Mountain is a Chicago-based label that has released an impressive scope of music since founding in 2012. From frenzied beat production to experimental noise underground releases, live recordings to improvisational avant-garde jazz-infused electronics, it’s clear that the label’s goal of challenging and entertaining listeners in equal measure is alive and well through its releases – particularly in the label’s output in 2019.

The folks behind Hausu Mountain have had a busy summer; the label released a live performance at Cafe Mustache by NYC based “rock” quartet Sunwatchers, as well as Colubrid from Machine Listener. And now, the label follows these releases with Bonnie Baxter’s AXIS, the Kill Alters member’s follow up to last year’s Ask Me How Satan Started, also released through Hausu Mountain.

Baxter’s AXIS is a staggeringly uncanny listen that never stays in one place. Skittering IDM electronics paired with restless, distorted mouth sounds make for a listening experience that tastes equally metallic and sugary. Songs like “JASPER RABBIT” capture this duality in Baxter’s music, the joining of churning textures and the manic, processed humanity woven throughout. There’s a thoroughly entertaining level of self-awareness in AXIS, as Baxter’s freewheeling approach imbues a healthy dose of suspense that makes it impossible to predict what will happen next.

“NO DICC,” which features a biting pitched refrain “I don’t want your diccccccc,” transitions into the hilariously titled “SPIRIT ENEMA” with a quick eyebrow raising, meme-worthy aside: “So…what if we met up in a bird cage and <vomiting noises>….kissed.”

“GLOWNG TROLLS” and “GLOWNG HOLE” shows how Baxter builds off of her own work across songs. Much of AXIS’s strength is Baxter’s refusal to stay in the sonic space; the minute you think you’ve understood a song’s identity, she pulls the rug out from under you and immediately throws you into new areas to find your footing. The last stretch of the record is particularly rewarding in this way. The sweetness and charisma of penultimate song “EVOL” is cut short by closing cut “SKYRAT,” a chaotic, pummeling, claustrophobic meltdown that makes it impossible to stay still throughout.

In all, Baxter’s AXIS is an astonishing listening experience that aims to knock you off of your own. It is out now via Hausu Records and is available on cassette. You can purchase is HERE and sample it below via Bandcamp.