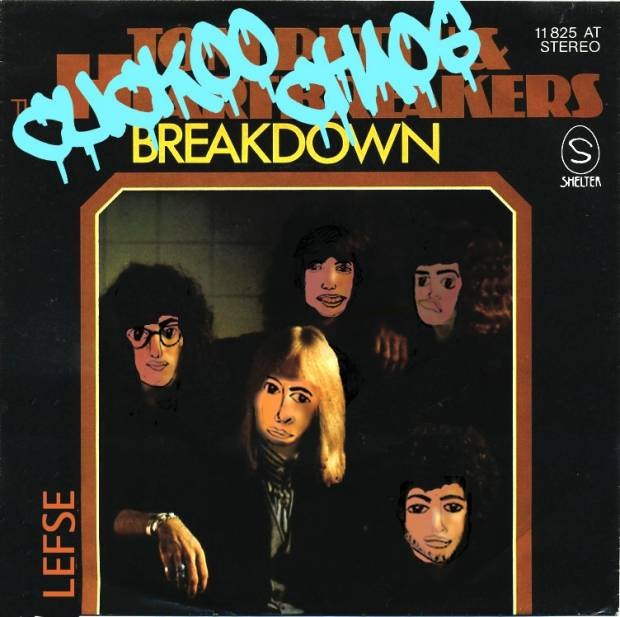 Covers are transformative experiences for the song's original as much as they can be transcendent of the initial artist's intent. But perhaps an artist's skill is best tested when sentimental dad rock is rethought into modern day dance terms, take St. Etienne's club stepping crush-up of Neil Young's “Only Love Can Break Your Heart” for example; a 90s alt house staple became born from the song's heartfelt and sparse origins. Today we are proud to premiere San Diego's Cuckoo Chaos's treatment of Tom Petty's classic “Breakdown” into a synthesized down tempo dance party affair. Having dropped a cornucopia of singles over the past few years including the recent Home Recordings, Demos, & Rarities compilation that presents different creative sides to the group as they prepare their first proper full-length. Recorded at the Universal Music Group's famous Rondor Studios in Los Angeles, you can hear Cuckoo Chaos embracing the swanky surroundings and having fun with the slick greased LA sound indulgences as they spin the “Breakdown” into a well-dressed ballroom floor dance break.

From the Cuckoo Chaos caricature defacement of the single's original cover, you should already have been tipped off that these are a different set of Heartbreakers all together. The opening live drumming from TP's original gets done by a clockwork metronome-mechanized rhythm tick as dance guitar riffs streak across instead of the lackadaisical picks and shreds like dad's leftover shag carpet kush. The production moves like a flame altered glass lens that changes the tune and headspace of everything it touches. As the drum machines get dialed and sequenced in, listen as the perennial guitar strum flanges and stretches as the lead guitar takes a center stage prominence, strumming hip shake-things along to the foreground.

The subtle title psych touches are the trap by which you follow Scott Wheeler's cool hand take on the oh so familiar verse of , “It's all right if you love me, it's all right if you don't, I'm not afraid of you running away, honey, I've got the feeling you won't. There is no sense in pretending, your eyes give you away, something inside you is feeling like I do, we said all there is to say…” And it is here when Cuckoo Chaos lays on the real heavy trip.

The “Breakdown” chorus gives the group the signal to play up the attitude as a late night band of lost and lonely loverboy suitors. Together, frontman Scott Wheeler with Jackson Milgaten, Jeremy Scott, Dave Mead, and Garrett Prange give the classic pop refrain a new degree of sensuality and confident vulnerability with the ubiquitous; “breakdown, come on and give it to me, breakdown, honey take me through the night, breakdown can't you see I'm standin' here, breakdown, it's all right, it's all right.” This is where the guitar lightly strums with a restrained discotheque confidence as the keyboard chaotics are given moments to go haywire in a disguised experimentalism in between chorus repeats.