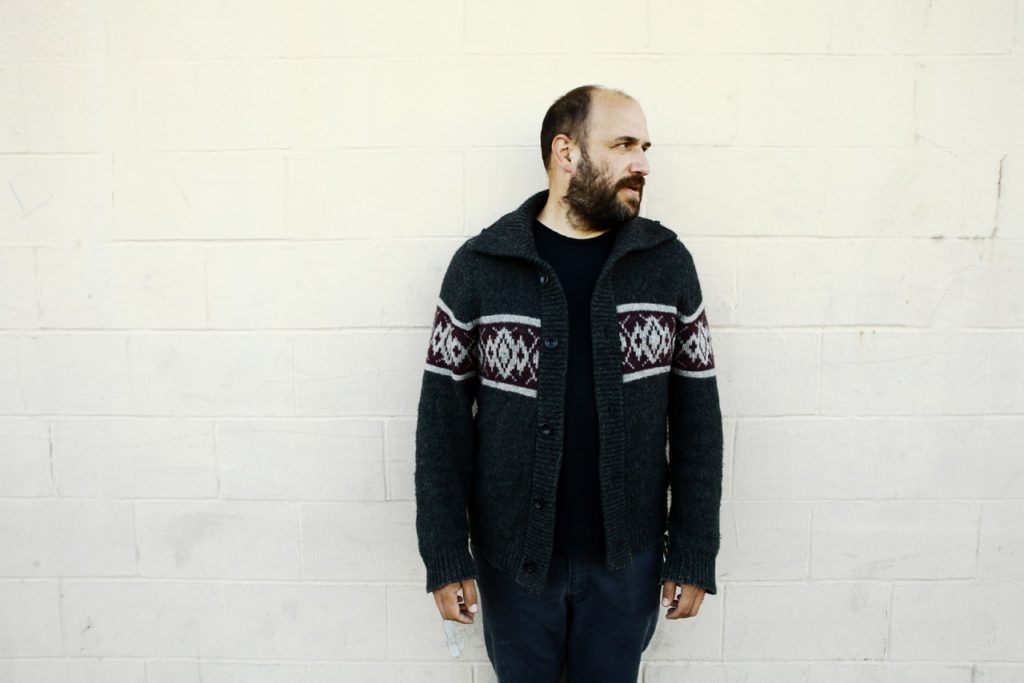 As many radio stations and shopping centers begin playing seasonal tunes, David Bazan is set to release his Christmas Bonus-a heartfelt and sincere take on four traditional carols that is in stark contrast to much of the commercial Christmas pop that dominates the winter soundscape. Acting as a companion piece to Bazan’s Dark Sacred Night, Christmas Bonus explores years of musical holiday tradition and distills them into a moving four song collection. And, as a Christmas Bonus of our own to Impose readers, we’re giving away a copy of the album’s limited edition one-sided white vinyl 12” physical release that features an etching of a wreath on its B-side.

The album cover of Christmas Bonus depicts a lone cabin tucked away in a snowy, pine tree lined valley with only one light lit and a sole silhouette in the window. On both the album and album art of Christmas Bonus the feeling of coziness is palpable along with the familiar feeling of melancholy that often accompanies the holidays. A bare bones arrangement of “The First Noel” opens the album, Bazan’s earnest vocals accompanied only by sparely strummed guitar chords. As the carol goes on, the lyrics drift into later verses not often heard in typical performances of the song and this gives the track a fresh feel while still grounding it in centuries old holiday tradition.

“Say It Isn’t Greensleeves (A Change At Christmas)” is the traditional folk tune commonly known as “Greensleeves” or “What Child Is This?” interpreted as a modern indie rock sea shanty. The track’s pitter pattering percussion and velvet vocal harmonies lend the song a somber tone that is offset by its jaunty tempo and winding new lyrical lines. The arrangement builds to an instrumental portion of droning, bowed tones that bend back into the classic and hypnotic tune in a sepulchral celebration of hope.

Throughout Christmas Bonus, Bazan beautifully captures a feeling of Christmas with each track exploring different, oft ignored facets of the holiday season. While the first tracks depicted some moments of darkly pensive joy, the final two tracks evocatively capture the candlelit moments of Christmas: moments heavy with years of shared memories, cultures, religions, and Christmases past. “Oh Come, Oh Come, Emmanuel” features only Bazan’s voice heard over light instrumentation, its spare arrangement drawing the listener’s focus to the track’s lustrous orchestral strings and lyrics in an effective, simple way. The EP’s closer “I Heard the Bells on Christmas Day” beautifully displays an optimistic solemnity that transcends religion or time to speak to humanity’s yearning for belonging and community in the face of wintry solitude.

Really into what you’re hearing? (It’s OK. We are too.) Well, David and his team at Suicide Squeeze Records are giving away THREE (3) vinyl copies of Christmas Bonus to lucky IMPOSE listeners. Your chance to win below!