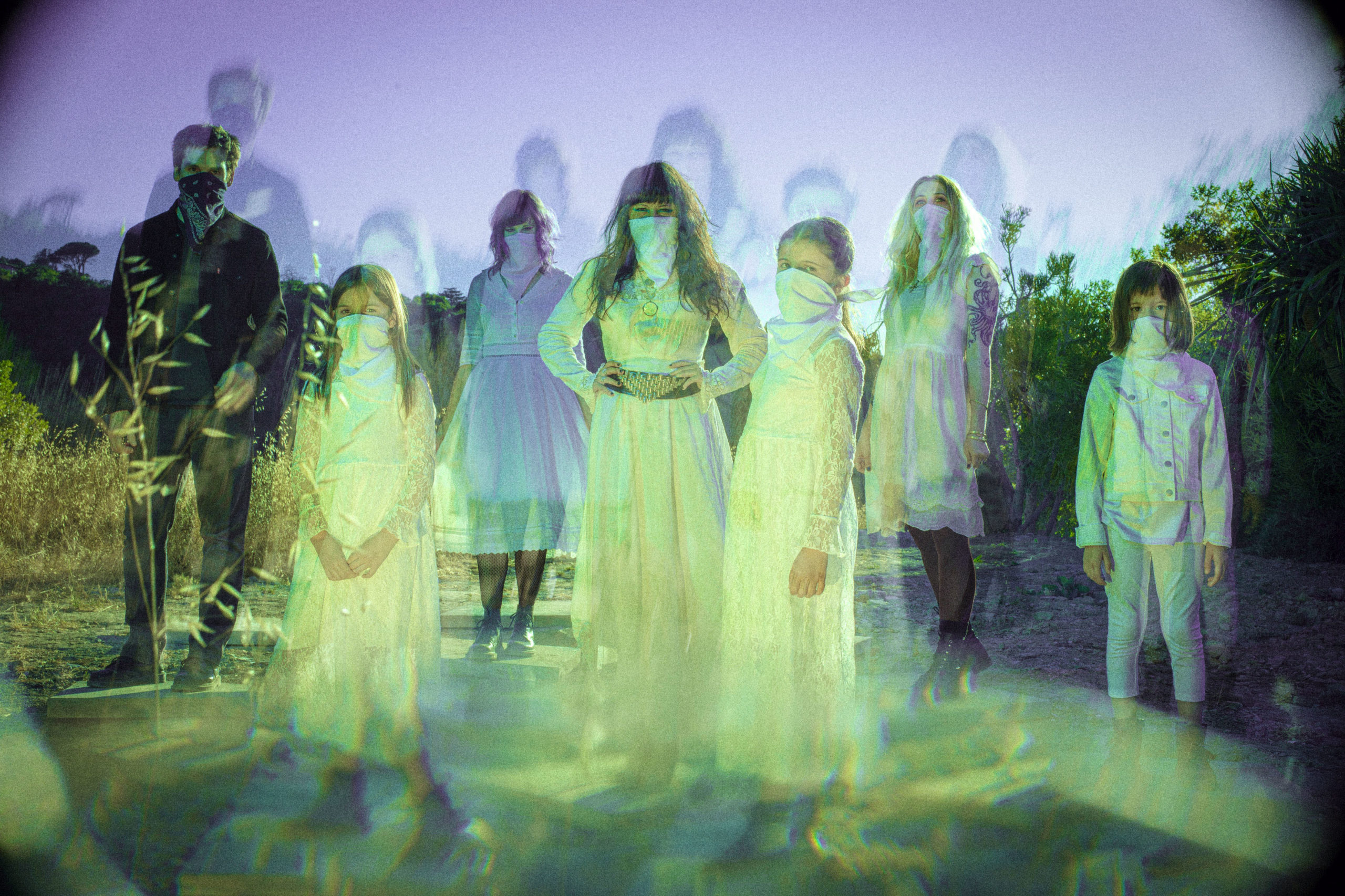 Psychedelic rock purveyors Death Valley Girls have anchored the Los Angeles scene for several years now – combining combustible, gazy proto-punk and desert-blasted metal with a witchy, occult-laced intensity. The Bonnie Bloomgarden-fronted band’s last album was 2018’s gloriously scuzzy and hyper-charged Darkness Rains. And now today, the group has shared the gazy and cosmic new track “The Universe,” the lead single off their newly-announced and highly-anticipated LP Under the Spell of Joy.

Detouring slightly from their revved up, propulsive garage-psych stylings, “The Universe” is a slithery and marauding track full of experimental edges – trading in power chords for soaring saxophones and droning keyboards. It’s a spacey song that revels in every gritty sonic layer as Bloomgarden croons and serenades the cosmos in haunting, meditative fashion. It’s another hypnotizing track that demonstrates Death Valley Girls’ knack for pushing their sonic boundaries.

On the new LP, Bloomgarden shared: “The world is crazy right now and it feels like we should be doing more than just trying to perpetuate joy. I think music becomes a part of you. Like Black Sabbath’s first record is as much a part of me as my own music. I think you can listen to music or song to get lost in it, or you can listen to music to find something in your self or the world that either you never had or just went missing. I want people to sing to this record, make it their own, and focus on manifesting their dreams as much as they can!”

Under the Spell of Joy arrives on October 2 via Suicide Squeeze. You can pre-order it HERE and get lost in “The Universe” below.