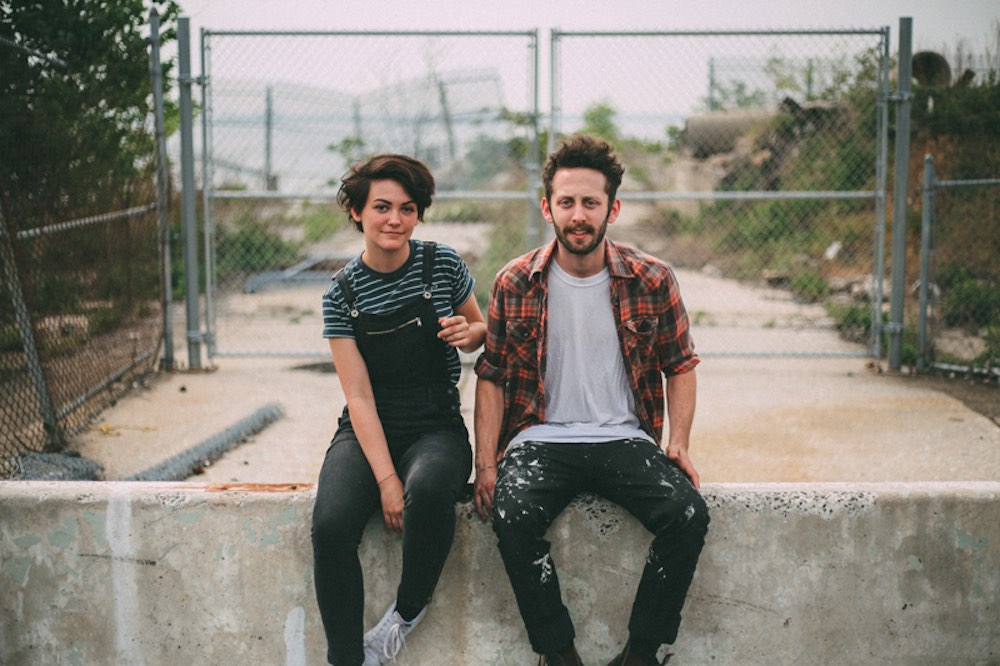 New Paltz’s Diet Cig recently became a band to watch with their debut Over Easy released earlier this year. Refusing to accept the way things are, Alex Luciano and Noah Bowman play honest, trenchant songs you can rock out to at parties. They just released a track off their upcoming 7-inch on Father/Daughter Records and UK label Art Is Hard. On “Sleep Talk”, Luciano shares her own self-observed defects (“I can’t play instruments very well / And I eat all of your cereal”), a vengeful fantasy (“What if I came to your apartment / Had a chat with your girlfriend”), and her admission that being alone is fine but not easy (“We’re so good at being alone / But we’re always together”).

“Sleep Talk” sounds precisely like the messy stream of thoughts running through someone’s head in their bedroom with their face buried in their pillow. However, the thrash of drums and vigor of Luciano’s voice tear down the walls and turn a private meltdown into a spectacle onlookers would want to join. She says, “If our songs can make people forget about being cool and just dance like a weirdo for two and a half minutes, we’ve reached our goal. We just wanna have fun, and we want you to have fun with us.”

The Sleep Talk / Dinner Date 7-inch is out September 18.