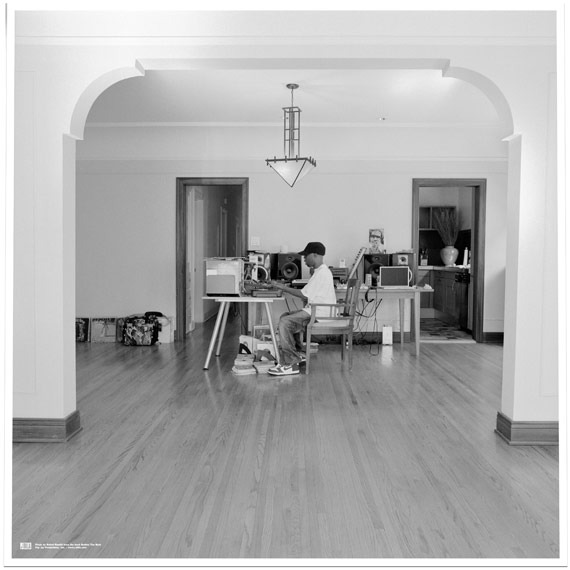 Yesterday we celebrated the birthday of James “J Dilla” Yancy. J Dilla departed from this earth five years ago on February 10, three days after his 32 birthday and the release of his final album Donuts. It's hard to believe it has been five years considering his death elevated his status to one of the most revered creators in our lifetime, brought attention to a slew of understudies and damn near made his style a genre. His birth and departure in Black History Month is updating our collective soundtrack for the month of February as artists continue to pay tribute to Yancy.

As part of his Sunday School series, Fashawn dropped another exclusive from his Higher Learning 2 mixtape. Fashawn rocks over Dilla's “So Far To Go” from Donuts, giving it the girl woes treatment as Fashawn debates whether his relationship is worth the effort. What is it about Dilla beats that always brings out the heartfelt side of rappers?

Producer Nameless reworked six Dilla beats by placing his sampling touch to the source material and called it Adobe Dillastrator CS1. The album artwork is on point and Nameless handles the music with care. Here all six songs for free here.

The Smoking Section unearthed a live recording of jazz trio/NYU students Stray Phrases performing Donuts in its entirety to a disinterested college crowd (or so it sounds, I kept hearing a white girl bemoan sleeping and wanted to slap the taste out of her mouth) on Sunday October 17, 2010. The recording sounds as though those present were unaware of Stray Phrases focused track by track set. Stray Phrases is Storm Siegel on drums, Dave Mainella on piano and Evan Crane on bass.

Rhettmatic also submitted a Dilla-mix to Kevin Nottingham's blog that is 35 minutes of classics, rare beats and a live recording of Dilla performing a rendition of “Fuck The Police” in Paris, France on what would be his final tour. We've yet to absorb Rhettmatic's mix, but that recording alone makes his mix another “must download”. Get it here.

At the age of 16 Consequence made his rap debut on A Tribe Called Quest's Beats, Rhymes and Life record, most notably on the single “Stressed Out”. The song was produced by The Ummah, which consisted of Q-Tip, Ali Shaheed Muhammad and J Dilla. Consequence is one privileged dude and he continues to rock over Dilla production to this day. He recently dropped “The Consequences,” a Dilla beat that features Cons' cousin Q-Tip and is off his Movies On Demand 2 mixtape, which is out February 8.

Like the photo we ran with this piece? Pretty fuggin' transcendental, right? It was taken by photographer Raph Rashid in 2005 at Dilla's home studio in Los Angeles. Dilla was in and out of the hospital, but kept the complications under wraps. The photo was taken in the summer while Dilla was at work on The Shining, making this photo a rare moment before his death. The poster is available at Stones Throw and was published in Rashid's Behind The Beat: Hip Hop Home Studios book.

PrevPreviousJensen Sportag adorn Detroit technology
NextPC Worship, “Sittin' In My Car Round 2”Next