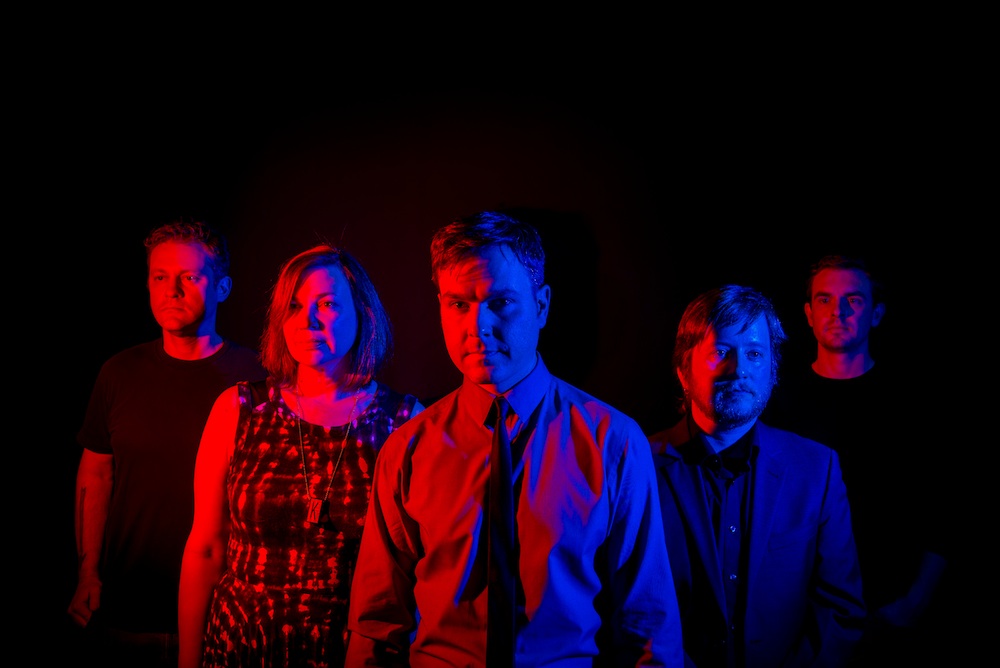 Faithless Town—an Atlanta based rock band that everyone should know—is back with a BANG! Reincarnated several times since their formation in 2008, the lineup is now comprised of Gene Owens (lead vocals, guitar), Matthew Smith (guitar, backing vocals), Geoff Goodwin (keyboards), Tyler Sant (bass guitar), Padrick Handley (drums), and Kristine Handley (backing vocals, percussion). (For reference, Padrick and Kristine are an awesome married couple. And it doesn’t get better than that.)

Faithless Town’s newest work, Empires, is out now and we couldn’t be more impressed with this next chapter in their music history. They waste zero time getting your heartbeat going with the first track, “Empires,” a song whose lyrics are a cross between 1960’s civil rights music (a la Bob Dylan) and those in the Christmas classic “Mary, Did You Know?” Although that might paint a strange picture, we are very certain that you will love it once you check it out. Moving into the second track “Shot In The Dark,” the band takes more of a country-meets-synth backdrop that culminates into a very 1980’s inspired song. It’s catchy, it’s sad, and it’s inspirational. All at the same time. Then there’s the third track, “California Come Home,” which is one of our favorites. Have you ever heard of Bruce Springsteen? Try this song on for size if you’re a fan of The Boss. You’ll enjoy it immensely.

The lead single off the album, “Waste Away,” is slower, more melancholy option for the listening public. You start to really see that Faithless Town does, indeed, draw inspiration from the great David Bowie while listening to this woeful ballad about “slaving away” at a job you don’t love, whilst your wife questions big picture decisions in her life. (Like marrying you, I guess.) We’ve definitely all been there, to some degree. Relatable, sad, and croon-worthy.

Just when you think the album is going to stay slow and steady for a while, the fifth track hits you with an uptempo discussion on “God’s Love.” “The Return”–in turn–is another upbeat track that is clearly inspired by rock ‘n roll of yesteryear. (And all the bands who keep coming back for more, decades after their inception. The world is full of a multitude of talents, and this song reminds you how lucky we are to exist in a world that finds so much deep-rooted inspiration in music.) “New World Order” begins a little more eery than the other songs, with nothing but the sound of layered vocals–humming–with claps in the background. It echoes into drums and then a guitar riff that match up with the lyrics perfectly. (It also reminds us of “Wanted Dead or Alive” by Bon Jovi, or the theme song from Sons of Anarchy. And it makes you feel a little more hardcore than you did before.)

The eighth track on Empires is titled “Out West,” and is—once again—a slow down into a more tranquil track. We can’t get over how much Owens sounds like The Boss in this one, either. We can absolutely see ourselves holding up lighters at an arena show, singing along to the beautiful lyrics “sometimes the hardest thing is letting go of the past.” Faithless Towns continues into bring out the poignant vibes with “Four Walls” as they transition into “O Brother,” an acoustic ballad that sounds like a raw live recording. The harmonica adds a layer to the album entirely in just this one song.

When the last track—”30 Years”—started, I thought I was listening to a Rick Springsteen song. The clear inspiration from several 80s rock bands was absolutely brilliant (we see you, 80’s-inspired cover art), tying the album together with a fast-paced, beautiful, big, red bow.

I can safely say that Faithless Town’s Empires will lead you on a journey. It crosses genres, changes pace as quickly as the songs change, and brings to life the modern day American dream. Chasing dreams. Feeling discouraged. Being positive that it will all get better.

Empires is out now.

PrevPreviousJerry Paper, “Comma for Cow”
NextHeliotropes’ “Wherever You Live” Makes Us Feel Like Marty McFlyNext