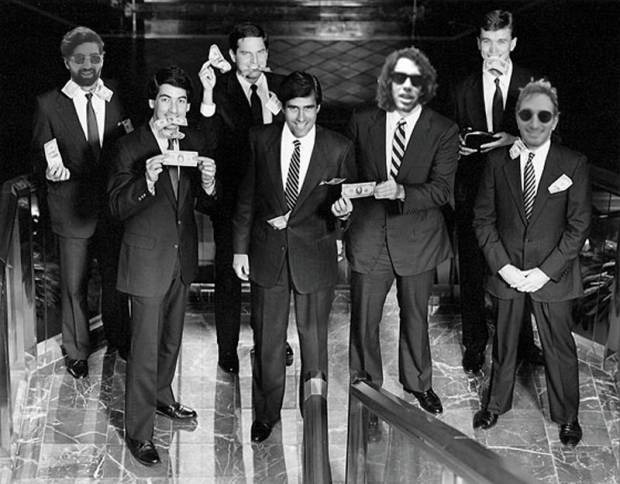 Brooklyn's Farewell Republic continue to push their sound into the vast expanses and experiments of new depths and explorations into heavy studio developments and tunings. Today the trio lead by Sivan, with Brian Trahan, and Jesse Brickel premiere their new single “What” from the forthcoming Young Effete Titans of Industry recorded between Washington DC's Habayit and Blind Spot Studios with Alexander Almgren before being mixed by Brian Thorn at Brooklyn's Fluxivity Recording and mastered at JLM sound by Joe Lambert. Following up 2012's sonic electrics of Burn the Boats, Sivan and crew continue to stick to their rip-it-up-and-start-again philosophical approach alluded to in their debut full-length's title by tightening up every element of musical minutiae to convey new expressions and audio sensations.

From the moment the mechanical drum beat arrangement begins on “What”, we are presented with Sivan's new pop pragmatisms heard in the sharpened new focus on track perfecting and sequencing. Farewell Republic says farewell to soundful rest as sleepless nights and witheld duplicities add to the song's electro mystery. “I don't sleep I should have known, I won't wait until I go, it'll be for the unknown, don't just leave to make it, and don't break the fall I'm in”, which cues the buzzing breaths of guitars that grind with the fatigue from a night of sleep lost with constant ruminations on hidden, sacred-secrets.

With the chorus's quest and refrain of “I don't know”, the Republic's new sound opens the door to their widest expanse of audio ore to date. Sivan conveys the the nature of things that pass beyond the gates of understanding with, “In a way I should have known, with secrets still untold”, where the production lifts off the ground into a tight electric choral space as Sivan confesses in the chorus, “with you I'm still in tune with voices spilling out” despite the blindness of things left unknown.

“I don't sleep, I should have died, I don't need to stay all night, it'll be a waste of time and just bring the pain now”. Like those akward adjustments made in the days and moments leading up to when a break up becomes official, the unresolve spins with a bitter air as other personality facets become revealed while others become obfuscated. “I don't do that shit alright, 40 days I'm in my prime, it will be a different time and we'll see a different side”. And as quick as the defensive bravado comes with fleeting courage, the lingering emptiness is displayed in the early hours where former lovers examine each other as foreign strangers. “What will we do in the morning, what will we do in the morning”, as Sivan repeats these questions we are brought to the lone electric guitar jangling bridge that sends the questions of “What” to the closing of unanswered explanations behind 'why', or the confusions of 'how'; leaving the sleep deprived timings to questions of 'when' as the refrain of “I don't know” carries out the song's finale into the sleepless sundown.