Field Medic – “i had a dream that you died” 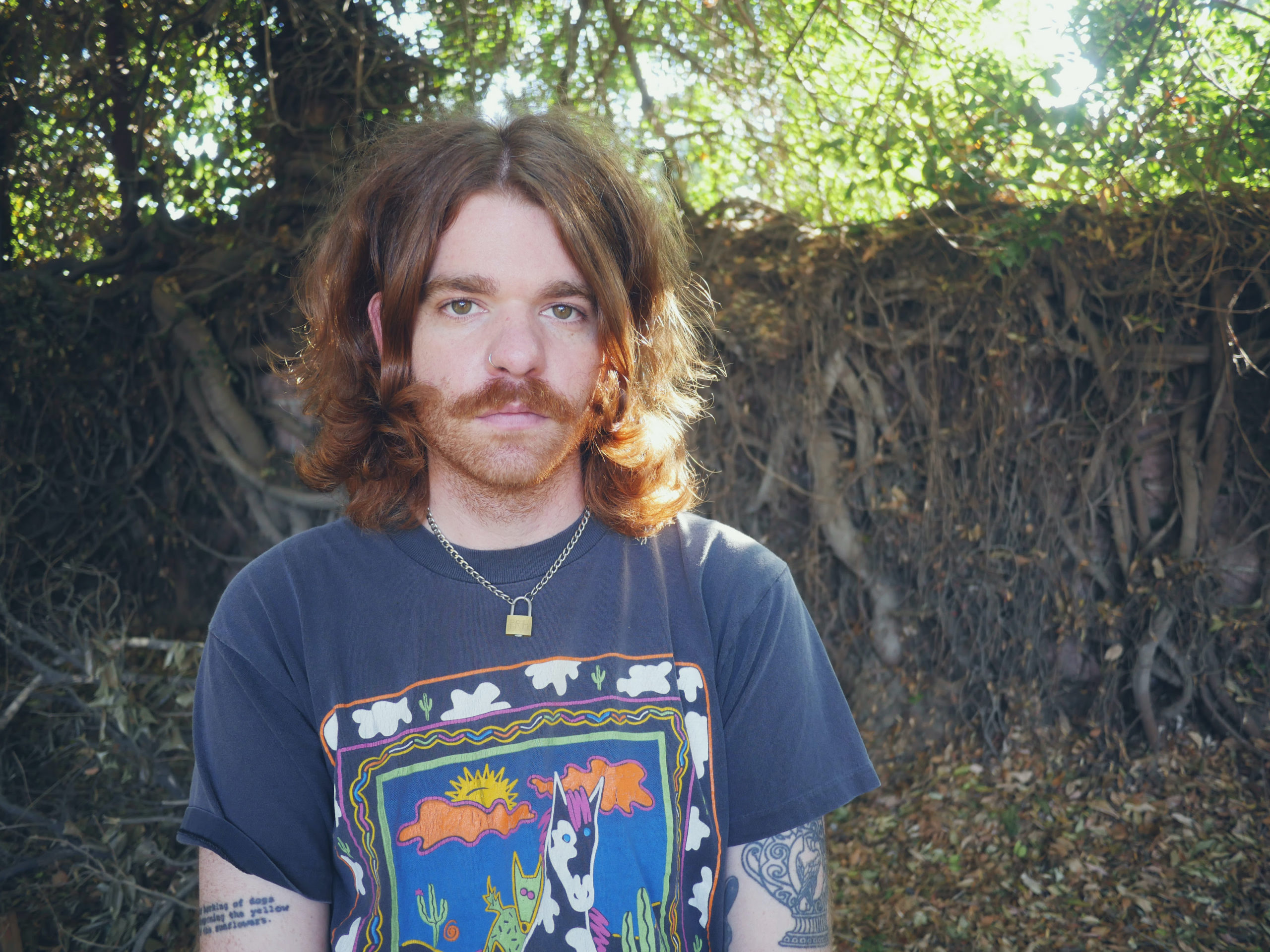 Over the last several years, Los Angeles musician Field Medic has developed his brand of emotive, wistful alt-folk to great effect on albums such as his debut light is gone and his latest, 2020’s Floral Prince. Today, the Kevin Patrick Sullivan-led project returns with the poignant new track “i had a dream that you died,” the lead single off his newly announced upcoming fifth LP titled grow your hair long if you’re wanting to see something you can change, out on October 14 via Run For Cover Records.

“I had a dream that you died, somehow made it about me,” Sullivan sings, continuing, “so I keep fighting each day against this maelstrom / I feel like a chia pet, the way my hair looks dumb and my heart is made of stone.” Once again, Field Medic thrives on that uncertain zone between joy and despair, adding a tinge of sardonic humor to his otherwise deeply confessional themes as he croons over upbeat acoustic riffs, subtle synth swells, and pulsating drums. The track’s music video – directed by Field Medic, Alex McDonnel and Kai Cranmore – features handheld shots of Sullivan in his home going about his morning routine, collaged with clips of him singing expressively as handwritten lyrics flash across the screen. It cuts to the heart of Field Medic’s sincere, earnest and rough-around-the-edges charm.

Following the release of Floral Prince in 2020, Sullivan says he employed a “full-time freestyle” method in which he wrote and recorded new material simultaneously – with just an acoustic guitar and boombox drum loops, and all with a stream-of-consciousness flow. It was this way that Sullivan emerged from what he described as a bit of a creative rut.

“I didn’t want to write the same song again,” Sullivan says. “I have songs about being on tour, I have songs about drinking too much, and falling in love. I needed a different approach to feel inspired to create…I needed help.”

He then teamed up with producer and multi-instrumentalist Gabe Goodman, steel guitarist Nick Levine of Jodi, and drummer Nate Lich to flesh out the arrangements. The resulting collection of tracks makes up his upcoming LP grow your hair long, which features his most lush and ambitious palette of sounds of his career to date. Ultimately, the album represents a deeply therapeutic process for Sullivan, and he hopes it can have the same effect on his listeners.

”Music is definitely a vessel for some form of healing,” says Sullivan. “Sometimes the best way to get out of your own head is to just get to work. Making this album helped me find my happiness again.”

You can pre-order Field Medic’s grow your hair long HERE, and check out his upcoming tour dates, the album tracklist, and the music video for “i had a dream that you died” below:

1. always emptiness
2. weekends
3. i had a dream that you died
4. noonday sun
5. i think about you all the time
6. house arrest
7. stained glass
8. miracle/marigold
9. had my fun/back to the start