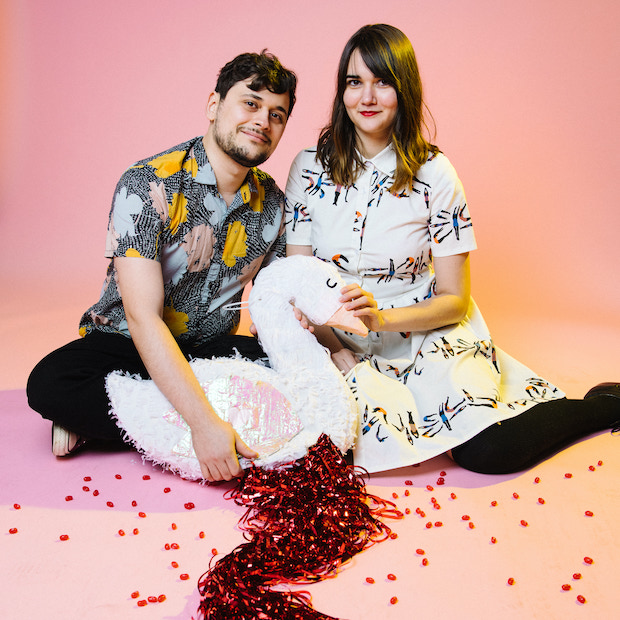 Quite a whole lot has changed since we last heard from Seattle indie rockers Scarves with their last album, Dinner Dates for the End of Days. As that title suggests, the state of the world hasn’t moved the needle further away from apocalyptic, but Niko Stathakopoulos’ knack for painting earnest, vivid, offbeat lyrical portraits has only gotten better.

Joined by Nessa Grasing and Elijah Sokolow, the trio are prepping to release their upcoming LP Delicate Creatures, a knowing companion to anyone who has been knocked down, gotten up again and tripped on a crack on the sidewalk head over heels. The album’s title track follows a character named Jackie soundtracked by Scarves’ signature ability to carve serpentine guitar lines met with a sparkling, echoing chorus that tugs at the heartstrings á la the Flaming Lips. It’s Scarves’ poppiest entry to date while still retaining all of the signature elements that make them uniquely charming.

“A regular moment can explode into blood so quickly,” Stathakopoulos says. “What does that mean for a human? What are we pushing against by existing?”

Going further on the album as a whole, “We’re so attuned to stories of the world ending,” Stathakopoulos says. “Or huge odds, huge stakes. What if they’re smaller? What if they’re about personal relationships? What happened in this one moment?”

Listen to Scarves’ “Delicate Creatures” along with previous singles “Dead Batteries” and “Heavy Eyes” below and pre-order the album, out August 26th, here.

Pitchfork 2022: One of the Greatest Festivals Ever
Impose Main
Field Medic – “i had a dream that you died”
Tweets by @IMPOSEMAGAZINE
[instagram-feed num=6 showfollow=false]