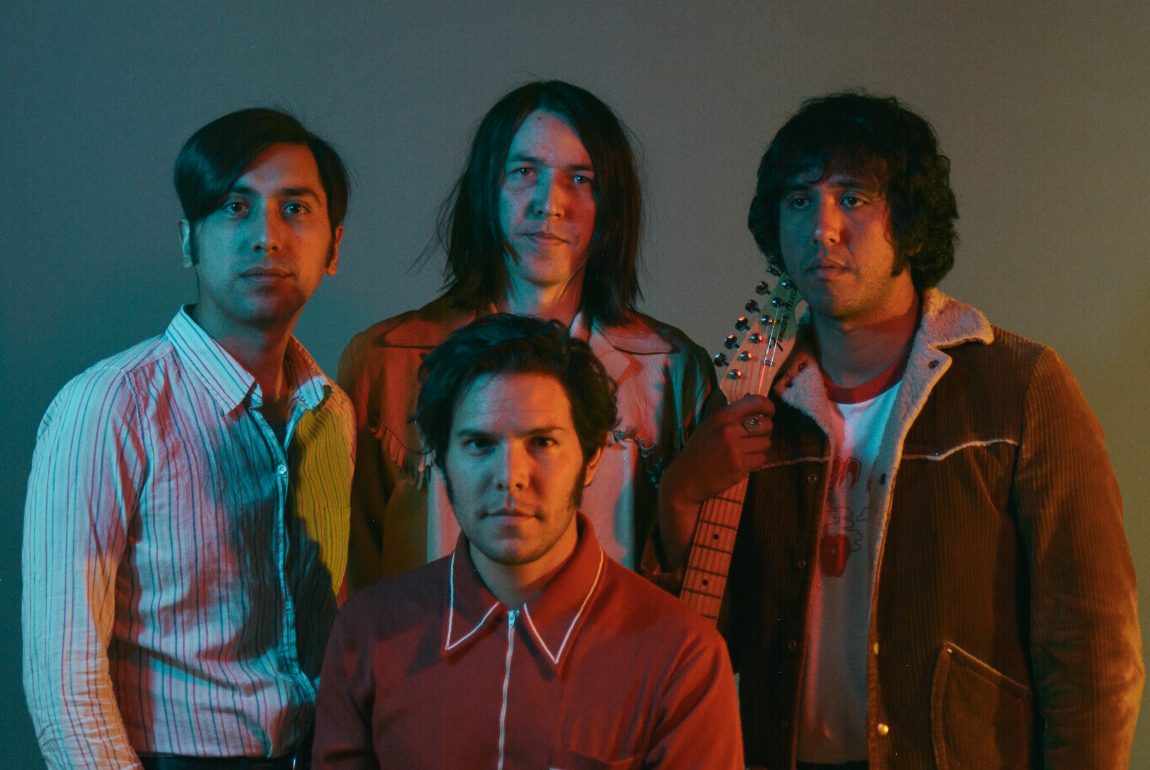 East Los Angeles band Levitation Room are one of the purveyors of the L.A. underground garage-psych movement, along with other rising groups like Triptides, Frankie and the Witch Fingers, and Prettiest Eyes. Fusing elements of modern lo-fi garage-rock and old school psychedelia, they’ve so far released a handful of excellent records, including 2015’s Minds Of Our Own EP as well as their 2016 debut album Ethos. Now, the group is gearing up to release their sophomore LP Headspace, which arrives on October 4. We’ve already heard that album’s lead single, the zoned-out, organ-driven “Mr. Polydactyl Cat,” and today we’re thrilled to debut the video for their stunning follow-up single “Ooh Child.”

Here, frontman Julian Porte’s soothing vocals absolutely float over lush, vintage guitars and propulsive mid-tempo rhythms. His soft, high croon gives the track a kick of romantic wistfulness, unleashing gorgeously vivid lyrics of longing: “Baby tell me what’s your name and what’s your sign/ Come along with me on a magic carpet ride/ We can shoot the stars from a purple mountain side/ Come on darling won’t you let me be your guide…” An understated, searing guitar solo takes the track to stratospheric emotional heights, while the song’s “ooh child” chorus refrain is incredibly poignant and catchy. Overall, “Ooh Child” is a fantastic, chilled-out psych ballad, and another triumph for Levitation Room.

The track’s music video, meanwhile, is pure cinematic bliss. Directed with deft visual aplomb by Ivan Trejo, it features plenty of eye-popping cinematography shot through a variety of neat color filters. The clip follows a handful of teenagers at a high school rager, with an aura reminiscent of the gritty shenanigans from an episode of Euphoria or Skins – minus the self-destructive nihilism. Rather, it’s a more happy-go-lucky video showcasing teens just having a good time and being themselves, with one side storyline lingering on a pair of lovesick kids who do eventually find each another. It’s a riveting, beautifully shot marriage of audio and visuals, and it’s got us seriously craving Levitation Room’s new album.

Headspace drops on October 4 via Greenway Records, and it promises to be another bold sonic evolution for Levitation Room. When that album arrives, we’ll be sure to bring you full coverage. In the meantime, you can pre-0rder it HERE, and watch the infectious video for “Ooh Child” below.