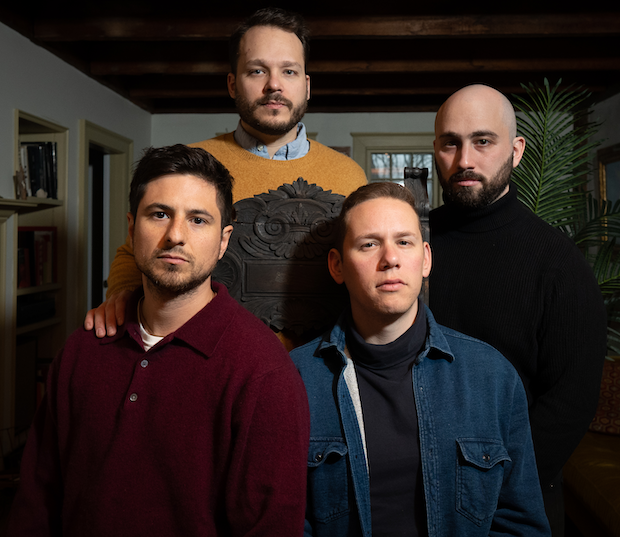 When last we checked in with Brooklyn/DC-based group Personal Space, they were rocking the Hart Bar along with recent favs Sooner. That show turned out to be more of a bridge than anticipated as the band has now just announced a new EP, Still Life, which follows their 2020 LP, A Lifetime of Leisure.

The EP is led by “Enron’s Trip,” with Personal Space’s complex, soft-rock stylings rippling to soundtrack a sardonic skewering of the most insufferable among us.

On “Enron’s Trip,” the band explains; “This tune is very loosely based on a time when Personal Space had more contact with the denizens of the world of investment banking and financial services, and maybe even called a few of these miserable goblins friends and acquaintances. Many are very nice people on an individual level, but are collectively engaged in, alternately, demonically horrific and utterly superfluous work.

Anyway, one of us had a friend who worked at a very well-known financial services firm and the whole workforce there was sustained by a cocktail of uppers, downers, psychedelics, and the ambient intoxication that comes from moving giant, imaginary chunks of money from one place to another. So then these people show up at parties and generally act a fool and it’s somehow *your* responsibility to clean up the social mess for them.

This song is about one of the nights one of the members of PSpace LLC said, no, fuck it, I’m not going to clean up after you this time, and the attendant guilt that comes with trying to take a principled stand like that against a dude who is really just angling for social connection, but in the most toxic way possible.”