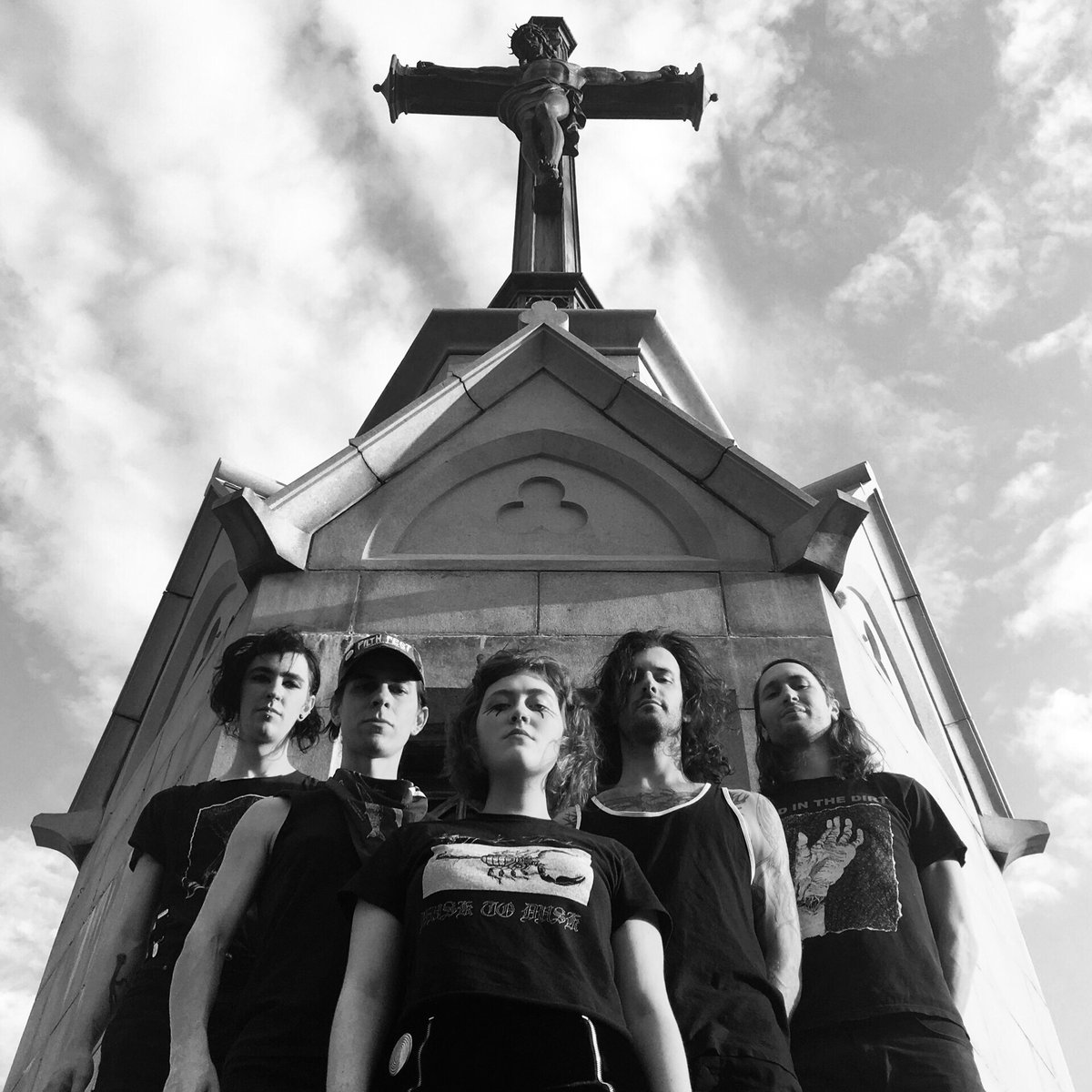 Secret Shame is a rising melodic goth-rock band from Asheville, North Carolina with a particularly  smoldering brand of post-punk unease. Packed with beautifully catchy melodies, vital political motifs, and just the right amount of noisy dissonance, the five-piece is quickly gaining buzz thanks to their breakthrough LP Dark Synthetics – which ranks among the best debut albums released so far this year.

Spread across seven tight tracks, Dark Synthetics is a rollicking, lush effort that captures a consistent palette of dark, punk-influenced sounds. Opening track “Gift” is a ferocious garage-rock ripper with a cold, calculated tone and backed by propulsive guitar work and singer Lena’s hypnotically soothing vocal wail. Secret Shame operate in the shadowy sweet spot between goth and punk, with an ominous style reminiscent of bands like Savages, Makthaverskan and The Murder Capital. On the pulsating “Comfort,” spindly guitar noodling and thunderous bass envelop the darkly dreamy soundscapes. Reverb-soaked melodies and fiery lyrics that tackle domestic abuse are front-and-center on this powerfully defiant single.

From there, Dark Synthetics runs through a cohesive sonic gamut that includes deathrock, darkwave, and post-punk. The album oscillates between fast-paced post-punk stompers (“Creature,” “Dark”) and slower, meditative new wave-goth ballads (“Haunter,” “Calm”) with shapeshifting ease. The record contains moments of sparse calm and serenity that are just as haunting as its moments of noise-laden chaos and destruction. This is best demonstrated on the massive album closer “Storm,” whose suspenseful instrumental layers ebb and flow in mesmerizing fashion. It’s a cathartic closing track that swells and coalesces into a series of dramatic noise crescendos, with Lena’s voice fading eerily into the cavernous sonic distance.

With Dark Synthetics, Secret Shame have arrived fully formed and with an incredible platform for growth. We’ll be blasting this one on repeat for a long time, all while desperately awaiting whatever else they’ve got cooking. You can purchase the album HERE, and preview it below via Bandcamp.