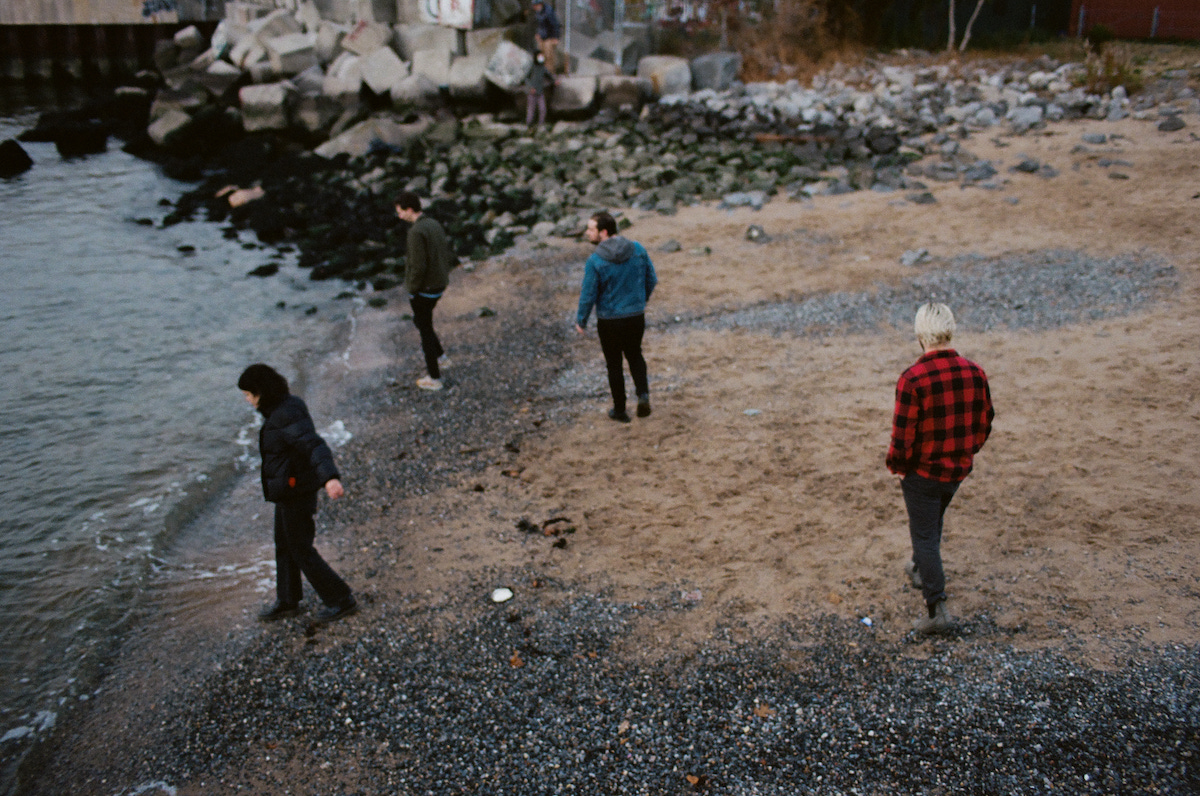 The genre tag dream-pop has certainly evolved since its inception and tends to skew more towards a slick or warbly synthpop style in modern parlance. NYC-based group Sooner has picked up the mantle of the more jangly, guitar-driven flavor often belying shining sounds with darker tones in themes.

Their debut album, Days and Nights, is on the way (out March 25th on Good Eye) with its latest single, “Thursday,” presenting an exhilarating examination of the end of a relationship. Opening strums set the pace like reverberating waves as Federica Tassano’s vocals oscillate brilliantly between hushed and teetering on the edge of an inevitable collapse. The whole house of cards crashes as stabs turn to whirring reverb and Tassano unleashes her indomitable range.

The band shares, “Like a lot of themes in our music around contrast (i.e. Days and Nights), the lyrics are pretty different from the feel of the song – centered on a complicated and abusive relationship.”

Listen to “Thursday” by Sooner below and stick around for the LP’s first single, “Boscobel.”

Ascending “Levels”: Q&A with Howless
Impose Main
Love is a Mixtape: Life and Loss, One Song at a Time by Rob Sheffield
Tweets by @IMPOSEMAGAZINE
[instagram-feed num=6 showfollow=false]