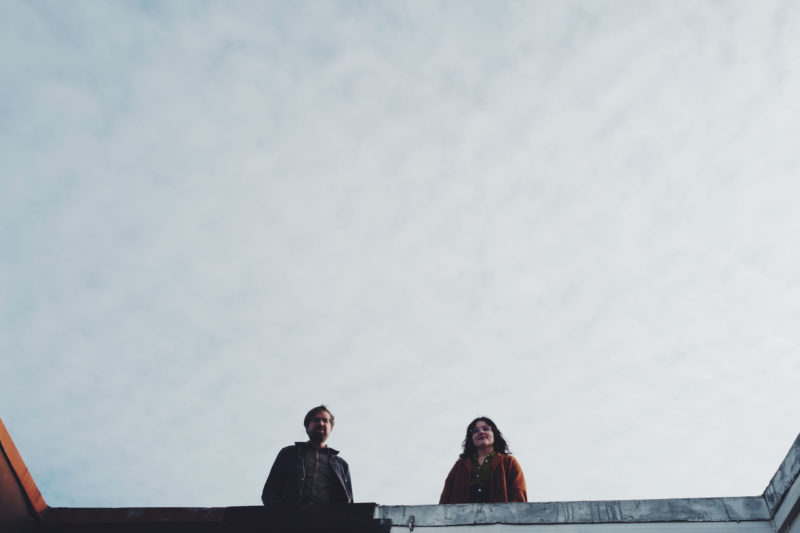 Sweetheart folk-jazz duo, The Witherbees, are gearing up to release their latest collection of songs, Love Letter, on June 4th. Ahead of the release, IMPOSE is pleased to debut the latest dreamy single released from the collection, “mo(u)rning,” premiering exclusively below.

The tune sounds like a dewy morning at sunrise tinged with heartbreak, but nonetheless fresh and full of possibility. Smooth and ethereal vocals by co-leader and violinist, Jacqui Armbruster, soar above a swirling cascade of blissful instrumentation. The Witherbees encapsulate morning’s reflective vulnerabilities throughout the tune, with metaphors and double entendres.

The last song recorded for the album and the first song they wrote together, Jacqui and Mike found a sense of comfort within the lines of the track made between 2019 and 2020.

“Something about this song really tells the story of resolve and strength that it took to finish this record during an ongoing pandemic where everything still felt really uncertain and scary,” says Mike.

Jacqui adds, “The lyrics for the song are based off a series of haikus that I had written, connecting the ideas of morning and mourning as they relate to lost love – more specifically, not getting to wake up next to that person anymore and wondering if they are going through the same routines with someone new.”

“I think that ‘mo(u)rning’ has a different feeling than the rest of the record because of the intimate setting it was created in, having been recorded in Mike’s living room during the height of the pandemic,” Armbruster elaborates. “I remember the collective sigh we let out after the first take, feeling like despite all of the tension and fear we were surrounded by that we were in a space of release—the perfect feeling to have for a song about letting go and accepting the way things are.“

A general sense of composure exists, and hope can be found even in the face of mourning and grief. “mo(u)rning,” is our collective sigh.

Hailing out of Bethlehem, PA, the duo began out of a humble meeting between teacher and student. From their first moments of working together, it was clear that Lorenz and Armbruster had a rare creative bond. The Witherbees is the outcome of their collective and collaborative process as performers, composers, arrangers, and producers. In its broadest sense, The Witherbees work as quartet, augmented by the rhythm section team of bassist Justin Sekelewski and Kyle Andrews on drums. As a duo, Armbruster and Lorenz mine new territories of their repertoire, exposing wide chasms in their music while leaning into the risk and closeness of a paired down performance. Collectively, The Witherbees set out to create a 21st-century songbook – a melange of their influences from jazz to folk, rock to string band swing, chamber music to skronky destructiveness.

Keep an eye out for Love Letter, due June 4th. Pre-order is happening now via the band’s official Bandcamp page.