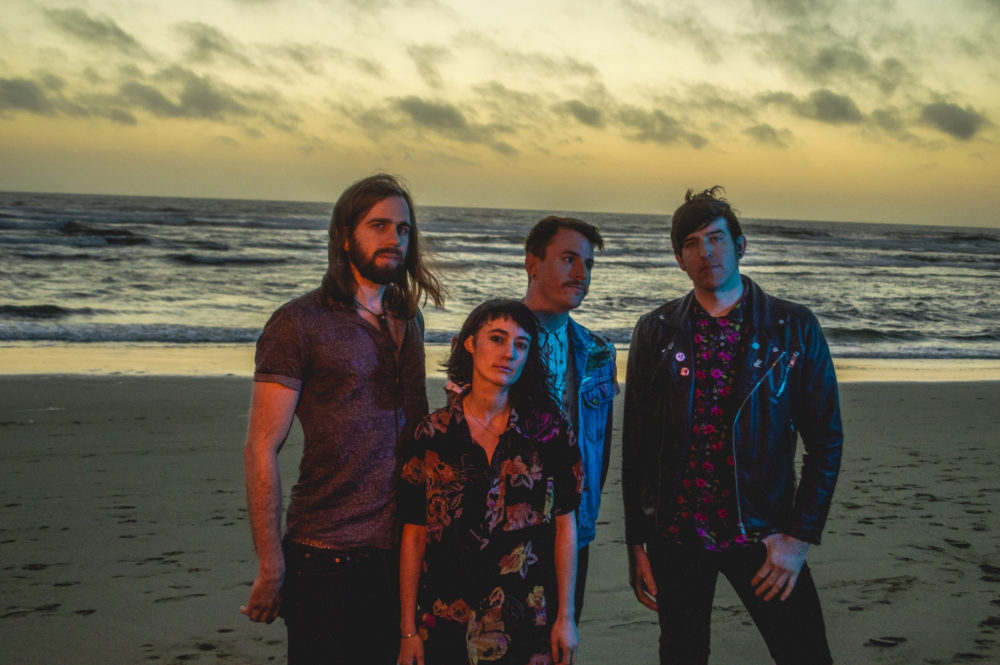 Rising up out of the Bay Area, rockers The Y Axes have a knack for crafting knock-out punch hooks mixed with strains of cosmic energy. Their new single, “Empty Space,” carries on that tradition with a chorus you’ll be humming for days.

“Empty Space is an upbeat pop-punk track about trying to get out of your head. With crunching guitar rhythms and glossy synths next to lyrics about the uncertainty of what the future holds, the song takes you to a beach party on the fog-drenched San Francisco coast. With lyrics like “San Andreas cracks in the city streets/ As the ocean is dragging me to defeat/ And you catch a wave and you’re sitting on top/ Before you’re standing 6 feet deep,” Empty Space is about trying and failing to keep your mind off of a looming, ominous reality. Joy and anxiety come in waves, and you can just hope to avoid when they crash. Vocally I was inspired by surfy garage rock of the early 2000’s like The Strokes, Interpol, and Vampire Weekend.”