Beirut's “East Harlem” gets 140k streams in a week 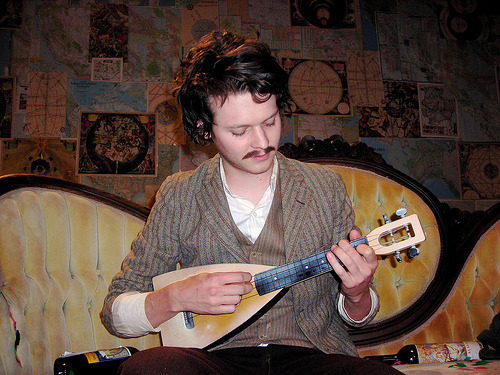 Three LPs and four years later, Beirut announces the release of their newest The Rip Tide, due out August 30. Marking a departure from their typically bombastic style, Beirut tease at their newly intimate approach with “East Harlem,” an almost-crooner which can be streamed on their soundcloud, (if you aren't one of the 200k people who already checked it). The noticeable shift is bolstered by the nature of it being the first of their LPs released via frontman Zach Condon's own imprint Pompeii Records — home to 2010's “Lon Gisland” and 2009's “March of the Zapotec,” — with a lack of large label affiliation allowing for total creative control.

Bringing their large live sound to Austin City Limits and dipping by many of this summer's biggest festivals, Beirut will spend much of the summer touring North America and Europe in support of their release.