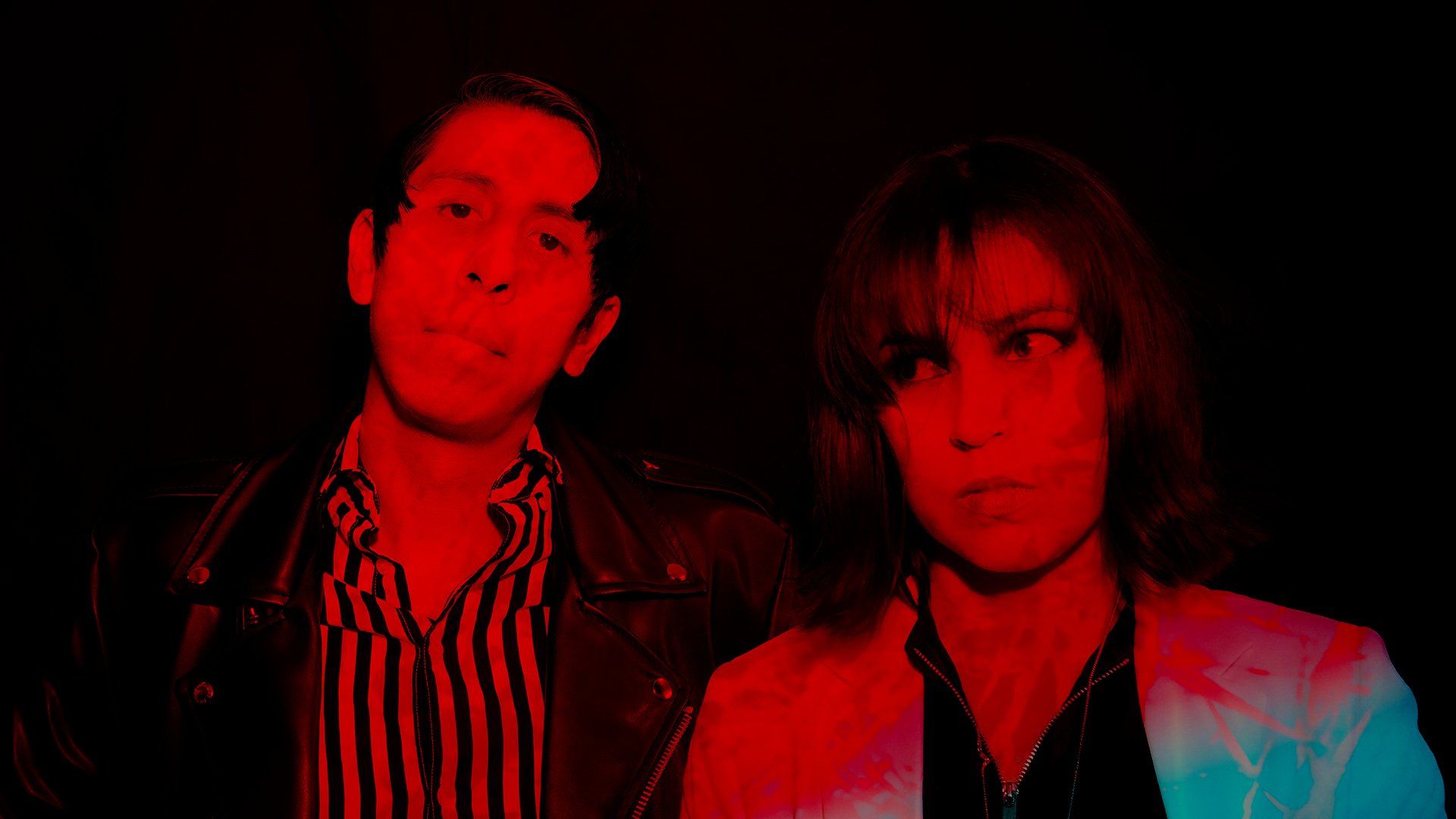 Glass Spells - provided by the band

“You can have it all, but how much do you want it?”

I have no idea what Oasis’s “Supersonic” means. There’s a couple lines in there that are pretty straightforward, and others that are just utter jibberish. I met a girl named Elsa? She’s into alka seltzer? If you look this up on Genius dot com there’s a half-assed explanation about how someone’s dog named Elsa ate a bunch of alka seltzer and farted out fodder for songwriting gold. I guess Noel, Liam, and the boys saw something in there and presto – you have one of Oasis’s best songs.

The song might not mean anything, but that doesn’t mean that a playlist named after that song is meaningless. Today we’re introducing Supersonic, our new regularly updated playlist curated by the Impose team featuring our favorite songs released in the past couple months. You can follow along and keep up with our selections below, as well as a review of the artists featured in this first edition.

High Pines – Be Modern (We’re Not the Same)

Austin’s Mt. Grey injects a catchy singalong hook on “For a Walk” – keep an eye open for their upcoming EP, their first as a full band.

Glossed out electronics and frenzied melodies feels like a sugar rush we don’t want to come down from.

Typhoid Rosie – When We Were Young

Song that deserves a massive crowd singalong at their next gig. Can’t even be mad when someone spills beer all over you.

Gentle bedroom-pop crooning from Atlanta’s Orchid Mantis. Self-described as “found sounds, tape collages, and pop songs about forgetting” – “never knows best” is NOT one to forget.

Title track on upcoming EP from Philly’s Son Step. Distinctive falsetto paired with a hypnotizing slow-burning production here. Keep an eye out for that new EP.

Jane Leo, Jane Ellen Bryant, Leopold and His Fiction – The More You Know

“Let’s still be friends / if it’s so easy” – dual breathy vocals and a sharp guitar line gives “The More You Know” a too-cool-for-school sound. The summer fling is over, move on.

Gothic Moog music for the hypnagogic mind. “Close your eyes, take a deep breath” from Boy Harsher’s Jae Matthews and Augustus Muller.” Recorded for Moog’s Explorations in Analog Synthesis series and built around the Moog Mother-32, DFAM, and Subharmonicon

Melt into peace. The sūtra, ‘atha yogānuśāsanam’ can be translated as, “It’s like this now.”

Farrah Hanna – What Kind of Man

For fans of Big Thief and Phoebe Bridgers. A big folk sound that opens up swallows the listener whole with string accompaniment.

Anchorage’s psych-rock trio SunDog inject some clever songwriting while taking aim at a low bar. “I don’t want to sleep in your van / no millennial man.” Try harder millennial men !

There’s a vibrant, bright approach to experimentation on “Playground Piece” – like you’re watching something fall apart and reconstruct itself in real time.

The new album by Low is a special achievement in minimalism, distortion, and construction. A descendent of Yeezus in more ways than one, the BJ Burton produced album deserves repeat listens and endless wonder.

Groovy intersection of indietronica and disco – it rained yesterday in Southern California but summer doesn’t have to end.

Elemental soundscapes and movement, new age sonics and electronic realms from LA’s A I R E.

Nico Jaar and Dave Harrington return for another suspenseful trip farther down the rabbit-hole.

Amyl and The Sniffers – Don’t Fence Me In

Kinda want Australian punk rock outfit Amyl and The Sniffers to kick the shit out of me to this one. Check out recent album Comfort To Me.

Spirits Having Fun – Hold The Phone

Would love for Neil Young to cover this one.

A pristine production catapults hardcore shapeshifters Turnstile farther than before. Everyone needs a lil TLC

Battle Ave has lived a couple lives since Year of Nod six years ago. The Hudson-Valley based band haven’t missed a step since with their new upcoming self-titled EP, out October 8th.

BOYO’s new upcoming album sheds a bit of the lofi sonics and fully embraces early 2000s influences in The Strokes, Interpol, and The Walkmen. Eager for the album and definitely hear some Paul Banks in “Escape Plan.”

Punchy boom-bap production and a sharp delivery has Brando Bambino and company flooring laps around competitors.

Glossy drum and bass and very online™ vocal chops – a title true to its energy.

My ears perk up when I read “tape cassette, physical spaces, modular synthesis, feedback and effect pedals” A kraut-rock tinged offering from Maysun.

Moor Mother’s new LP Black Encyclopedia of the Air is a densely layered work of genius. Tracks like “Mangrove” underscore the collaborative melding of minds that runs throughout.

Injury Reserve’s new album started out as an improvised live recording at at an Italian restaurant and includes a number of staples of Italian music. Post-modernist vocal warbling, a breakneck beat, and more.

Footwork and dance legend RP Boo turns up the heat with new LP Established! – out now on Planet Mu.

I hear a lot of early Fugazi in Militarie Gun’s melodic hardcore. I caught them last week opening up for Fiddlehead at 1720 in LA. Tony Hawk needs to add them to the next TPHS soundtrack

Starry-eyed 4/4 production from Dj Moonstone. An earworm by today and 1987’s standards.

Pysch/garage rock funhouse barn burner with a hooky chorus. Washed out delay like a hall of mirrors.

Fotoform – You Set Fire to the Sun

A groove and vocal line that is impossible to shake from LA producer & songwriter Elbows. Psychedelic pop, jazz fusion, electronic funk, this multi-hyphenate is releasing debut album Tales From The Old Mill on October 27th.

There’s beautifully succinct confessional songwriting on “partner” and across Ada Lea’s one hand on the steering wheel the other sewing a garden, out now on Saddle Creek.

Really thrilling collaborative kick here with Kate Slauter and Consumer’s joint album Daw Daw One. The album was the end result of experimenting overtop of various sampled loops made by both artists, adding 64 rounds of overdubs after removing the original sample. Daw Daw One is a rush.

Best Move – Without You

Also caught Spiritual Cramp open up for Fiddlehead last weekend. People flying off the stage left and right and a howling performance from SF punk rockers.

Sam Wilkes and company recorded Subsequent Improvisation in one 4 hour session. The final result is the second of three of those pieces. Second time’s a charm, out now via Leaving Records.

There’s an elasticity running throughout Sound Science’s production and vocals on new album Palace of Calm. Experimental pop production worth soaking in.

Sweet spot between shoegaze and dream pop. Asheville’s Day & Dream calms any anxiety with a comforting groove and patient songwriting.

1st Base Runner – Only One

There’s an air of brutal mystery across 1st Base Runner’s new album Seven Years of Silence. Channeling Trent Reznor and Godspeed! You Black Emperor in equal measure, Texas’s Tim Husmann inches us closer to oblivion with “Only One.”

CjayQ – Goes Around, Comes Around

Perfect for long car rides full of friends heading to no destination in particular. Charming songwriting for the times.

Drew Pelisek – My Baby’s Out There Somewhere

Great channeling of mid 90s/early 2000s rock production with a heavy bridge that packs a punch.