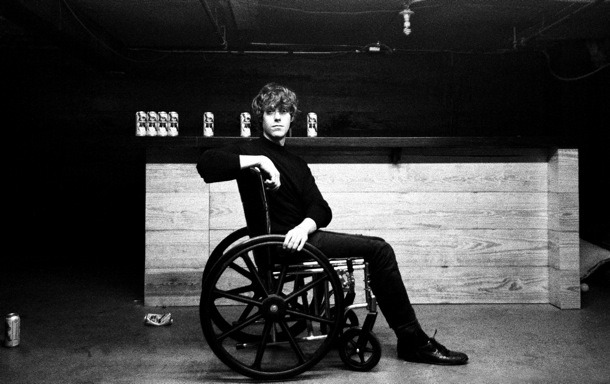 This song has all the beauty of Nick Drake, but with lyrics that are fun. Basically if Nick Drake and Syd Barrett had a child it would be Kevin Ayers. The line “We all sang the chorus, but I am the walrus” always amazes me. It reminds me of getting high, and going to Disneyland with friends. The “Joy Of A Toy” album is one of my favorites of all time.

Rudimentary Peni, “Nothing but a Nightmare”

When I want to get into a good half/time medium speed creepy crawl mosh slam, I usually resort to this song. Not my favorite Rudimentary Peni record, but only because of the big “rock drums.” Either way they were the best Crass Records band.

Dion, “Only You Know”

Phil Spector (who produced and wrote this song) tends to make everything sound like Christmas to me, so this song is all about Dion and his vocal. I guess Spector and Dion were both street gang kids, from the same neighborhood even! So after figuring it out, much later after the fact, they decided to do a record together. This song makes me sad the instant the vocals come in. It's almost hard to listen to. It's like eating a sour patch kid. Painful, yet rewarding.

To me this is the ultimate Felt jam. Both lyrics and music are some of the best. The instrumental beginning and break always reminds me of 80s Grateful Dead or Dire Straits. It puts me in a good mood.

George Gershwin, “Prelude No. 2 for Piano”

George Gershwin, “Prelude No. 2 For Piano”

This was a bonus track off the Muswell Hillbillies album. Very hard to believe this was some sort of an unreleased song. In fact, it makes the album complete. I really couldn't imagine listening to the record without “Kentucky Moon”. Oddly enough, it has a very similar piano line at the top of the song as George Gershwin “Prelude No. 2 for Piano”. I just figured this out as I've been doing this list. Very strange.

When I'm down about not having money, this song sums it up. Where John Phillips probably was thinking: Oh, I should probably just go ahead and buy a Malibu beach-front house. I've always seen it more as two poor young lovers looking up in awe at the beach houses, thinking “must be nice.” More of a “couple vs. the world.” That, I can relate to. Supposedly this record (Wolf King Of L.A.) was a commercial flop. Too bad, because i think its the best thing he's ever done. Plus, this record always holds up every time I go through one of my John Phillips obsession phases. I've always thought that if Lou Reed was from California his solo records would've sounded like this.