Beverly Tender is not another twee problem 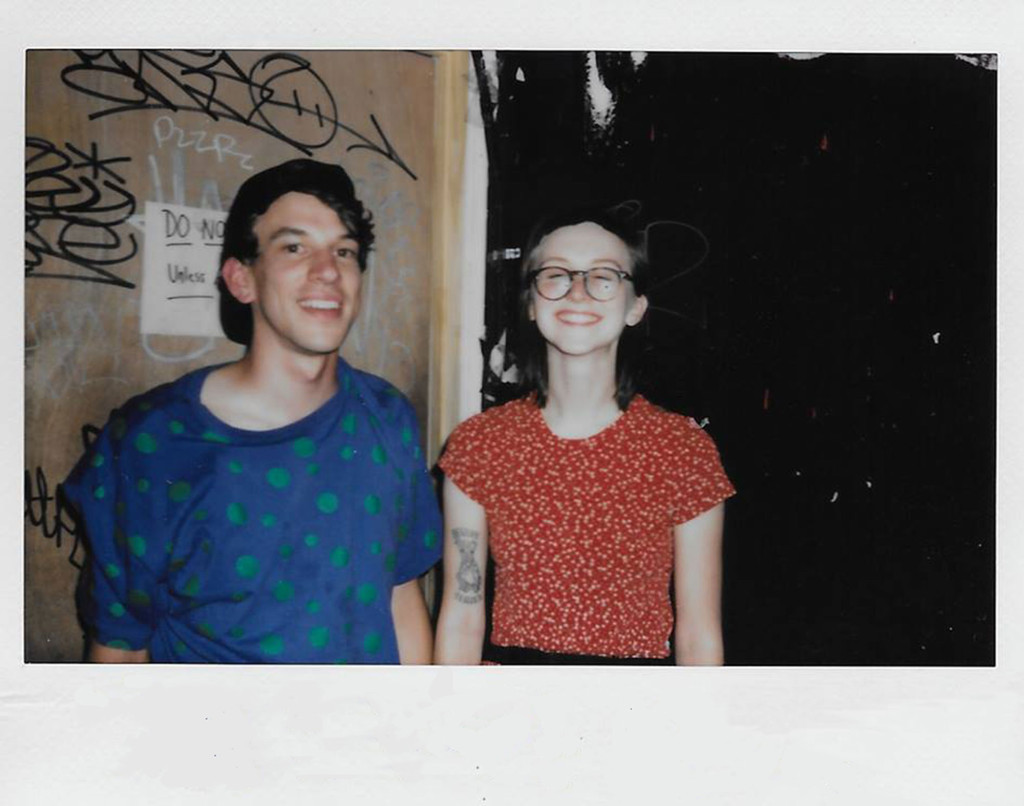 The first time I listened to Beverly Tender’s Lord Mayor Makes 1,000 Speeches was in my car the day after they played a show in my town.

They ended their emotional set with what immediately became my favorite song of theirs, one that gave me chills over the line, feebly exclaimed louder than the others: “You are at the bottom of the sea, looking up at me.” In my car the next morning, leaving to run errands, I popped the CD into the player only to be greeted with that very track. I was not expecting their explosive set finale to be the first song I’d hear upon starting my morning, but by the end of “Wham-O, Blam-O” I quickly realized each chapter of this six-song EP would hit me with consistent force.

I had the chance to speak with frontperson Molly Hastings about the evolution of Beverly Tender on the eve of their January tour. “In the Bandcamp tag for dog rock it’s just us and Palehound,” Hastings says, in reference to Beverly Tender’s first single “Benji’s Song” paving the way for the niche, made-up genre. “Benji was the dog my parents adopted before I was born. We were kind of raised together, and his sickness and subsequent death was a pretty formative experience in my childhood. I’ve written about Benji all my life, so it just made sense to include him in this.”

“Benji’s Song” starts like a nervous heartbeat, with the guitar stopping and starting throughout like a patient in the emergency room being revived. Looming mortality and other aspects of the life cycle are consistent themes, between the image of road kill in the first verse, and Hastings comparing herself to a baby in the second. You could argue that the loss of a dog can be categorized as a “twee problem,” along with rainy days and long-distance relationships. A lazy reviewer might compare Beverly Tender to acts like Frankie Cosmos or i tried to run away when i was 6 on these grounds, but the blind comparison would be unfair. Beverly Tender’s sound is more emo (a typically male-dominated genre) than twee. The all-male pop punk band Dopamines have a song about a dead dog, alongside songs about alcoholism and depression; this didn’t get them characterized as “twee.”

The common misconception is viewing a “twee” problem as an inherently “feminine” problem. Beverly Tender defies the confines of genre, and gendered genre at that. Hastings refuses to be pigeonholed. “Sometimes I’ll look longingly at the dog-themed shows Frankie Cosmos plays in New York… It’s pretty silly,” she says. “I wouldn’t say I feel solidarity though. That seems a little serious for the subject, to me at least. It is nice to be able to see the different ways we are talking about our pups.”

Hastings also says she does her best to not write about love, so “Refused to Name It” can be taken as defiance against song titles, or the refusal to identify the feeling being expressed. This was another memorable live performance they delivered. While playing a lower-end guitar interlude, Hastings looks up at her drummer in affirmation, ready to deliver the hauntingly repetitive lyric, “You are a stop sign illuminated by my headlights.”

Beverly Tender has always partnered Hastings with drummer Tristan Brooks, and both are growing as individual musicians as the band continues to evolve. Their dynamic chemistry on stage could be due to the level playing field they had when starting this project, both picking up new instruments outside their established musical history: “It worked well because neither of us felt too intimidated by the others ability. We were both beginners on the instruments we were playing. Only recently has [Tristan] become an integral part of my writing process, which I think resulted from the last bit of intimidation fading away with time.”

“When I met Tristan we held very different opinions about music,” Hastings continues. “He was a little dismissive of bands that didn’t push boundaries, and I didn’t care about bands that pushed boundaries. We talked about that forever, we still do, and those conversations are what prompted me to push myself like I do. Then, a few weeks ago, I was talking to a new friend here who writes pretty simple ambient stuff and I asked what his background with music was and he told me he was classically trained on guitar and wrote very complicated and emotionless pieces forever. So now he writes really slow simple stuff in order to push himself. I thought that was so cool, it totally changed my thought process.”

The unique product of the band’s work together thus depends on personal artistic challenges and constraints. “Living Beasts Full of Eyes” remains purely instrumental for most of the song, and includes only two lyrical verses. The opening lines are distant and non-confrontational, almost passive aggressive: “Pull out the futon, leave the light on” and the surrounding drum and guitar parts continue to converse, filling something of an awkward silence between verses. The next one comes in with the same meek-yet-grounded presentation, “We walked underground for hours, none of us could sleep,” and for the next and remaining 59 seconds we are transported to an empty subway platform, complete with melodic echoes: “I, I, I, I’m trying to talk so loud, you, you, you, you can’t hear me now.”

Between each track the listener is left in this echoing purgatory, lost in the tiled halls of an unknown subway. The settings of each song are vague, representing the ever-changing scenery that comes with moving to many different places within a short amount of time. With little to no roots in a particular scene like many of their indie contemporaries, Hastings expresses the anxieties of moving to Raleigh, or moving anywhere for that matter, even in songs that seem like they might be the “happy” ones. What we learn on “Lord Mayor Gives 1,000 Speeches” is that the absence of happiness doesn’t necessarily equal sadness, but perhaps something a little more complex.

I want to scream and maybe cry, I want people to go home and try to write a song because of what they heard.

“Pretzel Drunk” gives the impression that there may be a hopeful song on this album, something positive in content. Again reminiscent of late-90s emo, Beverly Tender summons up an image of a happy home, a scene of contentment. But that’s not what Hastings is conjuring. Suddenly we’re back in the subway, and the listener struggles vicariously through her with this story told in the present-tense, “Trapped inside a subway turnstile/start to cry/humiliated and alone/this is not a home/this is not my home.”

“It definitely does not feel like an advantage,” Hastings says, on not being tied to a particular regional music scene. “I had just moved from Philly to Raleigh, NC about three weeks before [the EP] released… not having a home base for Bev really hit me then. Turns out Raleigh did care and we got to play a fun double release show with a band here called Sunshine Faces. Noah, the sunshine brain, loved the very, very first Bev release and had been in contact with me long before I moved to NC. So that show was fate I think.”

On the final track, “Saltine Complex”, the sea is mentioned again, completing the full circle of Lord Mayor Makes 1,000 Speeches, bringing us from one side of the country to the other, connecting the Atlantic to the Pacific. Hastings proclaims, “the breeze here is different, it’s slow and it’s warm / it would choke you if it was any thicker,” a description of the northeast than could only been articulated by someone who has been raised in California (Hastings is from the Bay Area). This is something else about Beverly Tender that keeps them from being pigeonholed to their regional malleability. Any band can write songs about touring, but Beverly Tender captures the feeling of truly being transplanted from one place to another, a few times over at that. This accomplishment has also kept them out of a “California twee” or “northeast indie” category. “All of the parts of my body that bother me keep speaking up, telling me to move home.” The song ends abruptly with Hastings’s voice hanging in the air.

As far as what the world can expect from Beverly Tender in the next coming months, Hastings says, “We’re getting a little weirder with the songs. And we’re traveling with a weird band. I want to walk a little more towards Palberta and The Raincoats and less towards pop songs, I want to scream and maybe cry, I want people to go home and try to write a song because of what they heard. Maybe no one will do that, but that’s how I know I saw a good show.”