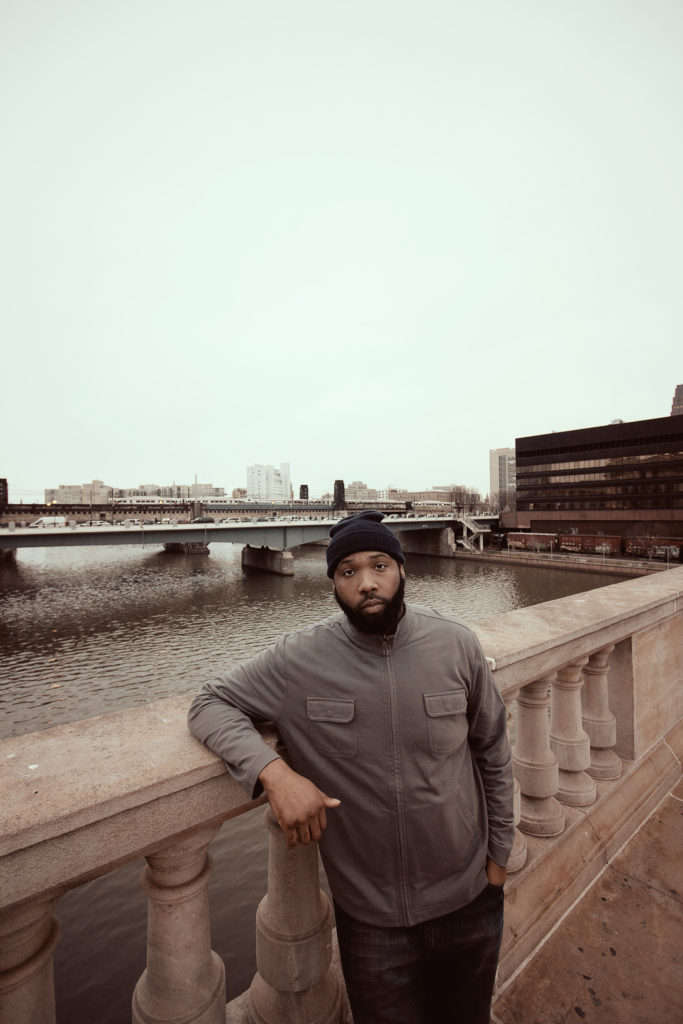 If King Shampz (Amos Spencer) could introduce himself to you formally, this is what he’d say “I’m a brother trying to bring my viewpoint on life’s reality to the forefront in the form of music.” A natural poet, he has been rapping for years and spreading his style far and wide. He works with his producer brother, Azzan, on his tracks, and is a self-made man in every aspect of the word. He hooked us with his track “Beware of The Wrong“, which inspired us to ask him some questions about his process. Read more below.

Where are you originally from? How do you think that has aided in shaping who you are and how you live your life?

I was born and raised in Philadelphia. I would say my environment and all that goes along with it shaped me into the man I am today.

When did you first realize that music was your calling?

I first started rapping like at 10, 11 years old. I grew up playing the piano and my brother played the drums so we were always musically inclined.

How did “King Shampz” come to be?

What made you choose to rap with a more old school style?

Well I would say the style I possess is a style that is reminiscent of the past, but reflecting the present. A new style with an old school twist is what I would call it. A style that isn’t really out there and is quite different from the norm.

It’s a great experience. We work together great. It’s all about a quality product so if he recognizes something is wrong or vice versa, it is fixed with no hesitation because we want the end result to be made as precise as possible.

What serves as inspiration for your music?

Everyday life is an inspiration. Looking at the society I grew up in, I draw influence and inspiration from the people and my personal experiences in it.

Your track “Beware of The Wrong” is by far our favorite. What was writing and recording that like?

Me and my brother set out to do a hard lyrical joint and I think we accomplished that. The beat he made was hard and the way our lyrics bounced off of each other was really ill. The recording process was easy as usual.

Do you get to perform very often?

I perform whenever I get a chance to. My favorite performances have to be when we performed at the first annual Pigeons and Planes open mic and a performance we did at the Trocadero. Those were both dope performances.

What’s up next for you?

Check out my new single “Autobahn” and be on the lookout for my mixtape Long Live The King coming in the fall as well as an array of releases from me and my brother’s label Dead Wrong Records in 2017. I would like to thank Impose Magazine for this interview opportunity. I would like to thank everybody that’s been down with us and tell everyone to stay on the lookout for the dopeness on the way.

PrevPreviousFree Pizza Talks All The Music, Really Wants You To Look Up Your Astrological Chart
NextSharks In The Deep End Talk Touring The U.S., Star Wars Favorites, and Share Video For “Make It With Me” LiveNext