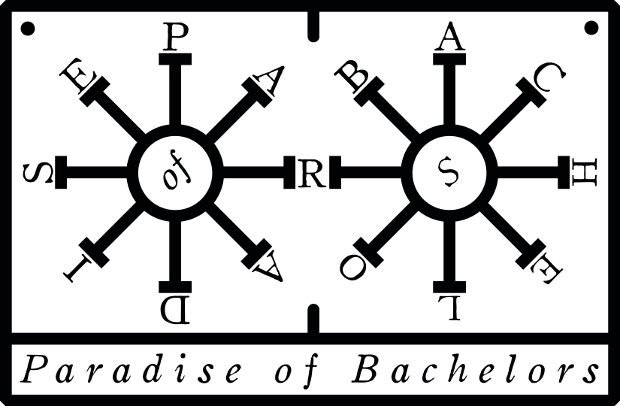 Terry Allen was, for me, a disembodied voice at first, though not from a stereo speaker, but over the telephone lines, slashing the miles between Santa Fe and Philadelphia with that knife-sharp West Texas drawl. Back in the early years of the century, I was stumbling my way sideways through the art world, progressing from art handler to dealer to curator at Philly’s venerable Fleisher/Ollman Gallery, alongside my friends William Pym and Jina Valentine. John Ollman, the gallery owner, had shown Terry’s work back in the heady Chippy days circa 1994, and occasionally Terry called to arrange shipment of his work, or just to shoot the shit. I was usually the one to pick up the phone and transcribe Terry’s affectionately biting, and hilariously colorful, insults and imprecations for John when he was out. (John McEnroe would also call regularly, and he was funny too, but not as funny as Terry.)

Two of Terry’s drawings of Chippy—the West Texas prostitute whose diary was the seed of the eponymous 1994 play and album by Terry, his wife Jo Harvey, and friends—leered at me from the storage stacks, through dark nebulae of pastel and charcoal marks, savage and rigorous. That was the first real visual manifestation I had of that voice, though there were also John’s tales: about how Terry could pound a piano harder; how his crew could drain a bottle of liquor faster, than anyone he’d witnessed; about how he’d never felt actual fear at a concert until he saw Terry play.

Eventually John generously asked Terry to send his entire catalog of music to the gallery as a gift to me, maybe Christmas, maybe birthday; I can’t remember. There in the gallery, over a festive hoagie tray from Sarcone’s (it’s a Philly thing), I began poring over this mysterious pile of LPs and CDs, a life’s work about which I knew almost nothing. And so it began. I finally understood why John was always quoting “The Truckload of Art” to Will and me, who drove many such trucks down many highways, sometimes breaking down, occasionally searched by Homeland Security at the Holland Tunnel, in constant anxiety of being detained for transporting sculptures made out of missile shells and human remains (both the work of family art collective TODT). Luckily, we never actually caught fire like in the song, but we came close.

Of all the albums, Juarez hit me the hardest, the most gutturally and wrenchingly. It was both inviting and forbidding, a distillation of everything I loved about American vernacular music and contemporary art alike, but somehow resistant to the tired apparatus of critical and academic baggage, all of which felt puny and impoverished next to the enormity and vigor of Terry’s art. Terry’s music, and his deeply imbricated visual work, as I followed that braided trail, opened up a creative practice that resonated with me. It was the aesthetic, of course—which combined what I found most compelling, ambiguous, and all-consuming in the work of Oakley Hall, Terrence Malick, David Lynch, Cormac McCarthy, Howlin’ Wolf, Roberto Bolaño, Ed Ruscha, Américo Paredes, and others—but it was also the badass stance Terry naturally assumed, somehow muscling through the various contorted strata of art and music and writing and theater with graceful disregard for precedent and position, perennially reinventing himself and challenging small-minded desires to genrify. Over the last fifty years, Terry has opened up a space as broad and vast and dangerous as the Llano Estacado on which to stage his exploratory campaigns into unnavigable oneiric narratives of history, desire, and our desire for history.

[In] some essential way, Terry Allen is our aesthetic.

For Chris and me, Paradise of Bachelors has always been a curatorial pursuit above all, and Terry’s work has provided the elemental rubric to parsing totality in a work of art. His music has played a central role in my friendship with Chris, and with how we approach the work of running a record label, much of which is unglamorous busywork punctuated by periods of just waiting, much like Terry describes his studio practice. It takes everyday work to make the music, and it is work to interpret and present it. Juarez has always been at the top of our list of potential reissues, and it’s still surprised that I’m now spending my days writing about Sailor, Alice, Jabo, and Chic. When folks ask me “what kind of music” we release as a label—a completely fair, if impossibly vexing question—I’m tempted to describe it, as my two and half year old son now describes any music he likes, as “Terry Allen music.” Not sure that would explain much, but in some essential way, Terry Allen is our aesthetic.

I stayed in touch with Terry after moving to Chapel Hill to pursue a graduate degree in folklore—speaking of unnavigable oneiric narratives!—and first interviewed him in 2006. He sent me mixtapes. I persisted in periodically badgering him about reissuing his albums on vinyl, within the context of his art career. Finally, he relented. For the past year or so, we’ve talked on the phone at least once or twice a week, and now I’m the target of his teasing. (If he reads this, he’ll almost certainly have something sarcastic to say.) I didn’t meet him in person for twelve years, not until he returned to Lubbock this year to reunite with the Panhandle Mystery Band to play the entirety of his 1979 masterpiece Lubbock (on everything)—which we reissue this fall. It’s been an honor, what Lloyd Maines calls “dream work,” to undertake these massive restoration and reframing projects, and I only hope we’ve done the records justice.

But the thing is, it doesn’t really matter, ultimately. Juarez and Lubbock (on everything) are endlessly unfolding, unimpeachable, bulletproof to my assessment, or anyone’s. They have the power and persistence of mythology. They’ll be around longer than any of us. Thanks, Terry.

I never thought about starting a record label. The earliest actions I can recall taking in life involve recorded music: buying tapes and LPs at a mall, holding a tape recorder up to the television to capture performances on the Grammys, listening to my father’s doo-wop 45s. By the time fifth grade rolled around, I was fully entrenched in skateboarding and punk rock; music was now a narrative and identity, as well as an action. I communicated to the world via mixtapes, band logos drawn on griptape, and a boombox that went everywhere with me. It felt like fantasy (it still does), and the wonderment of creating emotional narratives beholden to both the actual and the make-believe via proclamation and programming of sounds/songs had become several pillars of my being. I never once even dreamed or considered a record label, though, as my goals tended towards some hilarious but very serious version of the poet/musician/trainwreck.

High school and college and everything after surrendered to records. To DJing, to jamming, to every other typical aspect of the thing. Layers of the great, evolving onion peeled away to reveal more mindblowers and titans; I kept mutating along with my times and developing a spirituality to which I remain devoted. I recall being around 21 and hearing Michael Hurley for the first time; I completely lost my shit. Not too long after I’d be sharing stages with him, Clive Palmer, and a bunch of other wizards; I was too breathless and/or full of myself to truly realize what was going on. Tucked into my twenties somewhere, some heavy session, Terry Allen’s Juarez manifested. What was that?! I’d dance around the record for a while, connecting immediately, however taking some time to actually find the LP and have it absorb into my blood. It sure did, and hard.

It began with Terry’s face gazing at me from the cover. I probably spent most early spins of Juarez paying more attention to that image than the music. The kindest-looking critter-eyes, but up to something so bonkers, touching on danger, and deeply inviting. Look, man, you just have to surrender to get into this, and then we can really party, beckons a Mad Hatter from the Llano Estacado. “Cortez Sail” is so heavy; today’s rainbow is tomorrow’s tamale; that aye yay yay yay trance finishing out “What of Alicia”…. The album would become a weird, spiritual Rosetta Stone through which I’d try to put order, or add chaos, to other forces and add them to my canon. How does this work next to Juarez?

I thought it might be fun one day to try my hand at a record label. My former bandmate Greg Weeks started a little imprint called Language of Stone, which seemed pretty neat. I’d always admired and then became friends with Tom Lax, his Siltbreeze label among the best in my lifetime. Working with Dan Koretzky and Drag City was so mellow and rewarding, plus I found a comrade in both tube amplification and speaker lust; the business and hard work just seemed faded in the background of a continued devotion to recorded and sequenced music. A lot of friends were giving it a go; it certainly seemed approachable. But I still had no motivation or real desire to actually do it. One day Brendan told me he had an idea to discuss. We went out and got some hoagies, ate them in the sunshine, and he asked if I’d like to partner up with him on the label Paradise of Bachelors he’d started a couple of years earlier. I was already a fan and had traveled down to NC for record stuffing and DJ duties to celebrate the first couple of releases. It was fun! Brendan wanted to grow the label further and felt it would be more fruitful and enjoyable with a partner. I was in. Neither of us knew what we were doing, but the first utterance was Juarez.

My friendship with Brendan goes back a long time now. I first met his girlfriend, then him shortly after, when he relocated to Philadelphia. We have the same ideas about things, the same beliefs in art, fantasy, and science fiction. We both read a lot, a whole lot, and spend hours listening to records while discussing what we’re reading with “whoa” pauses to absorb the sounds. We like our tequila and rosé, smoking fish, and making stews. Our wives are dear friends. Brendan even married me via vows directly clipped from and inspired by Gene Wolfe, pagan frolics, and Shaker song. We sync up well and don’t mind the often goofy nature of believing in destiny and divine intervention.

All roads just seem to point to Terry, then he fills in more blanks, and sets us back adrift for more.

Terry Allen is part this narrative. One of the earliest moments of real-life links to Terry was discovering he had shown at Fleisher/Ollman gallery, which Brendan spent time directing shortly after his move to Philadelphia. John Ollman had become, and remains, a mentor to us, further seasoning the strong connections we felt to an artist who had become a central figure in our lives. All roads just seem to point to Terry, then he fills in more blanks, and sets us back adrift for more. I was recently delighted to learn that H.C Westermann, a favorite artist of Brendan and me, was a big fan of both Terry’s art and music. It’s just a fact, a minuscule reality in a vast world, but it means that world and more to us. Terry Allen and Juarez are a compass point for all of the things we do in PoB. The North Star you follow any which way, the great barometer. When we consider new artists and projects, really any venture, they immediately are considered in context and fit with Terry. Not so much a thought process as state of existence. How does this work next to Juarez?